What are some differences between state and federal criminal prosecutions? 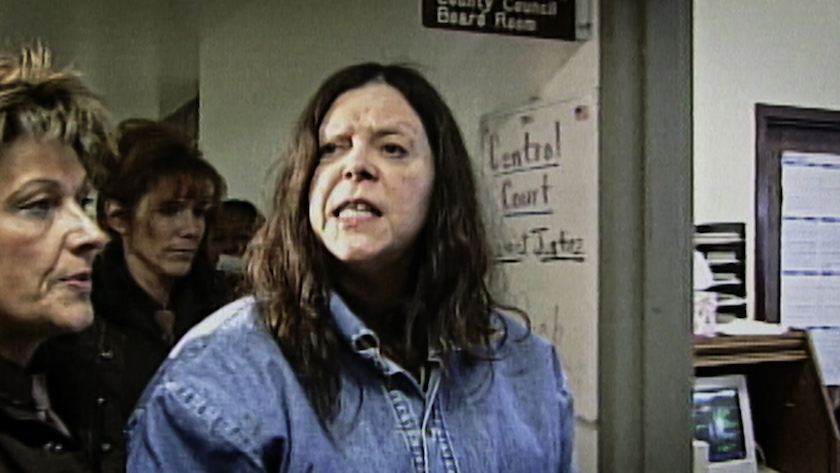 Marjorie Diehl-Armstrong appears in Evil Genius, which first aired on Netflix in 2018.

I originally watched Evil Genius: The True Story of America’s Most Diabolical Bank Heist when Netflix released it back in May of 2018. The series tagline was enough to get me interested: “This baffling true crime story starts with the grisly death of a pizza man who robs a bank with a bomb around his neck—and gets weirder from there.”

The series tells the tale of Brian Wells and his untimely demise—by the above-mentioned “collar bomb,” no less. The series offers twists and turns galore as the four-part documentary unfolds. Now, typically, I offer a bit of background into the facts of the case and the players who participate, but I feel that approach would be a disservice to Evil Genius. I genuinely want you all to watch the series for yourself.

Does it have its flaws? Sure. But what it lacks in the standard societal introspection so familiar to the genre is more than compensated by the series’ unsettling sense of macabre entertainment. For that, viewers can thank Marjorie Diehl-Armstrong.

Without giving too much away, a large portion of the series focuses on Diehl-Armstrong, a mentally-ill inmate who was convicted in 2010 for the bank robbery that preceded Wells’ death. She does her best to sway the production team into helping her create a conspiracy as to the actual killer, but the final episode shows the old Seneca quote in full force and effect: “Genius always gives its best at first; prudence, at last.”

One theme that stuck out to me throughout the entire series was the interplay between all of the agencies investigating the crime. The sense of infighting between the law enforcement agencies—from local, to state and federal—is not lost on the average viewer. Yet, as someone who deals with every level of investigation on a daily basis, I couldn’t help but keep my focus on their differing approaches and degrees of success.

The majority of my criminal defense practice is devoted to state felony prosecutions. I live and practice in the largest county in Oklahoma, and I’d wager that county files more cases against criminal defendants than any other in the state. Consequently, it only makes sense that my main focus would be on the state level.

I’ve learned over my career that the amount of diligence and preparation that goes into a criminal investigation depends mainly on the level of the agency. This is most likely due to the amount of resources a particular agency has at its disposal. A small-town cop simply won’t have the same tools and support as a detective in a large metropolitan city. The hope is that every officer will still do their best, regardless. But the reality is that certain agencies are limited in how much they can invest into an investigation.

As a result, my experience has shown that local and state-level criminal cases are often a matter of “swing first and ask questions later.” In that sense, it often feels as though many cases are filed before the inquiry and inspection are complete.

I can’t count the number of times I have entered my appearance as counsel in a state case, only to see the charges grow and the “evidence” pile on as the matter makes its way through the court system. It is entirely common to get past the preliminary hearing, get all the way to a trial setting and then find out that my client and I are still waiting on evidence analysis.

The defense isn’t always privy to the inner workings of an investigation, and it is all too common that we are left behind the eight ball while law enforcement takes its time. Depending on the prosecuting office, you may not receive complete discovery until 10 days prior to trial. If comprehensive reports aren’t turned over prior, you may never know that evidence was submitted for latent or biological examination.

I don’t think it’s because state agencies are lazy; however, I do believe they move at their own pace for whatever reason.

The same can’t be said for the majority of federal cases I have handled. To be fair, I’ll offer a bit of a disclaimer: I handle many more state cases than federal cases on a year-to-year basis. I only take a couple of federal cases every year. I’ve done many state jury trials, but I’ve never had to conduct a federal jury trial. Consequently, my opinion on this issue might be a bit skewed.

It’s rare that a U.S. attorney’s office will choose to move forward with a case unless it is worked up to the fullest extent. Often times there will be multiple agents from multiple agencies who have conducted exhaustive investigations prior to the charges actually being filed.

After all, there is a natural hierarchy in the way that criminal cases are vetted and charged. If a local law enforcement agency begins an investigation or makes an arrest, they will usually have the first option to file charges at the municipal level.

That is, of course, unless the state district attorney for the county where the crime was committed wants to step in. Still, even if the district attorney’s office decides to handle the case and file it in state court, there is usually nothing—aside from a jurisdictional hook—to keep the respective federal U.S. attorney’s office from stepping in and filing an indictment.

Consequently, the federal agencies get their choice when it comes to the crimes they decide to investigate or take over. And this makes sense. If they have the most resources, and if they have the most tools at their disposal, then they should have the ability to cherry-pick the criminal activity they think most deserves their attention and assets.

Which would you prefer?

Any preference for one approach or the other might depend on your role in the prosecution. However, at the end of the day, I think all parties involved appreciate an investigation that is completed before the filing of formal charges.

One might argue that a criminal defendant and the defense attorney would prefer a lackadaisical and incomplete investigation, but that isn’t always the case. Sure, it’s great for the defense when law enforcement does a half-hearted job, but that only holds true if the investigation stops once the charges are filed.

If and when the investigation continues after the case is already in court, new developments can significantly shift the momentum of plea negotiations and trial preparation. What initially looked like an easy win can quickly turn into a difficult defeat. As such, I would much rather have the investigation complete and all of the evidence available from the get-go. I assume most prosecutors would agree.

In my line of work, there are few things worse than being surprised.