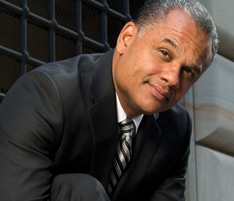 Three whistleblowers will receive $83 million for their whistleblowing that led to a Securities and Exchange Commission investigation and a $415 million settlement.

One whistleblower will receive more than $33 million, setting a record for the SEC award program, according to press releases by the Securities and Exchange Commission and Labaton Sucharow, which represented the whistleblowers. The previous high was a $30 million award in 2014. The National Law Journal and the Wall Street Journal have stories.

Two other whistleblowers will share $50 million. The three had reported alleged misconduct by Merrill Lynch, according to Labaton Sucharow. Merrill Lynch, owned by Bank of America, settled claims in 2016 that it used customer cash for trades that should have been kept in reserve accounts, according to a prior SEC press release.

The National Law Journal spoke with Jordan Thomas, the Labaton Sucharow partner who heads the law firm’s whistleblower representation practice. He said he had reported the wrongdoing on behalf of the whistleblowers and they were able to remain anonymous. “The best protection against retaliation and blacklisting is the ability to report anonymously,” he said.

The SEC has awarded more than $262 million to 53 whistleblowers since 2012 using money from an investor protection fund that receives money from SEC penalties.