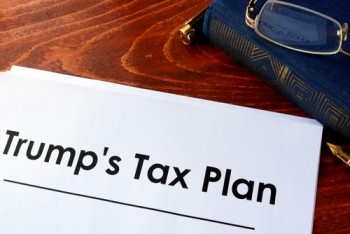 But the plan says the proposal applies to small and family-owned businesses, and it’s unclear if large law firms would get their tax rate lowered from the current 39.6 percent, according to the publication’s interviews with tax experts.

The current framework for the tax plan doesn’t define a small business, and the current tax code has differing definitions.

It’s also unclear if partners would benefit from a proposal to lower the top individual tax rate from 39.6 percent to 35 percent because the proposal eliminates most itemized deductions, with the exception of mortgage interest and charitable contributions. For lawyers in high tax states, it’s “likely to be close to a wash,” said Columbia tax law professor Alex Raskolnikov.

Lawyers who make less than $1 million may suffer from repeal of the alternative minimum tax, while lawyers who are making millions of dollars wouldn’t be affected much by the repeal, Raskolnikov told the publication.