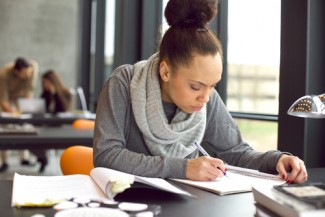 The reports, required for accredited law schools, include tuition costs, students’ average GPA and LSAT scores and bar passage results for 2014, 2013 and 2012.

According to the data, first-year class sizes increased by 0.1 percent this year. Parsing through the information, Derek T. Muller, an associate professor at Pepperdine University School of Law, found that out of first-year students for 2016, one in nine was enrolled in a non-JD program—am LLM masters or certificate program.

Paul Caron, another Pepperdine law professor who writes at TaxProf Blog, found that between 2011 and 2016, 53 accredited law schools have reduced the size of 1L classes by at least 33 percent.

Caron’s post mentions the findings of Keith Lee, who writes at Associate’s Mind and created a spreadsheet on the changes during the 2011-2016 time period. In a post about the research, Lee shared that the schools with the largest increases in students between 2011 and 2016 were California’s University of La Verne, with had a 110.9 percent jump, and Lincoln Memorial University’s Duncan School of Law, which saw a 79.4 percent increase in matriculants. Lee also noted that 80 percent of schools had a double-digit decrease in matriculants.

Deborah Merritt, a professor at the Ohio State University’s Moritz College of Law, found that women now make up 50.32 percent of law students at ABA-accredited schools, and it’s the first time that there’s been more women than men at law schools. However as she and Kyle McEntee of Law School Transparency wrote about last month (PDF), on average higher-ranked law schools still have significantly smaller percentages of female law students.

“Women now outnumber men in law schools, but our pipeline is still broken,” Merritt wrote Thursday at Law School Cafe. “Let’s do more to recognize and correct gender bias in the profession.”