‘Belongingness’ is important to diversity and inclusion in the workplace 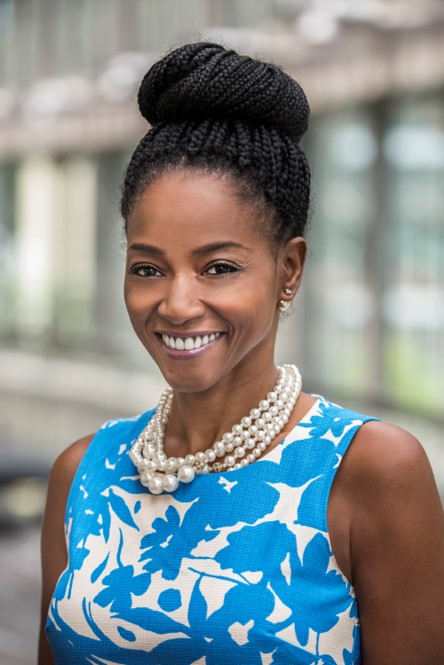 In March, I was presented with the ABA Health Law Section’s Champion of Diversity and Inclusion Award. I was incredibly honored to receive this particular award. I am, indeed, a champion for diversity and inclusion, and serving as a voice for diversity is very important to me, both personally and professionally.

I have been working in the field of public health law for almost 18 years, and I have long felt compelled to contribute to the creation of spaces where diverse individuals, regardless of their backgrounds and various identities, can feel included. I feel responsible for holding the door open for people who follow me. Receiving this award felt like recognition of my contributions to the ABA, the HLS and to our profession, as a whole. I felt seen.

Through the years, I have actively recruited diverse members, ensured their involvement in the activities of the ABA HLS, and ensured that leadership opportunities were available to them. For example, in 2018, nine students from diverse backgrounds that I recruited joined the ABA, joined the HLS and began service as student liaisons.

One of those students was also the 2019 HLS Writing Competition winner, Madison Hartman. I have worked to provide increased leadership opportunities to diverse participants qualified to serve in those roles and have mentored diverse members as they’ve developed leadership pathways within the section. I have also promoted diversity and inclusion in the profession. For example, I served as the only invited speaker at a career roundtable focused on health law at the 5th Annual HBCU Pre-Law Summit in September 2018.

Including people from diverse backgrounds, cultures and experiences adds value. It means access to the widest range of perspectives, talents and skills. Often, that is where the focus ends—diversity and inclusion. However, there is a third, critical component, and that is “belongingness.” A simple word but a huge concept. Diversity and inclusion just do not work without it.

Let’s be clear—diversity is incredibly important in that it fosters innovation and guards against stagnation and groupthink. Creating and nurturing a culture of diversity and inclusion requires us to reach out, empathize with and include individuals who may come from very different backgrounds from ours. It requires cross-cultural competency, maturity and a worldview characterized by a willingness to challenge deep-seated assumptions we may have regarding others’ values, belief systems and cultures.

Perhaps, most importantly though, creating a culture of diversity and inclusion requires that we strive to nurture a sense of belonging in those who work, live, play and worship alongside us in our shared spaces and communities. Belongingness represents—and gives power and force—to the concepts of diversity and inclusion. Belongingness means acceptance. It means feeling like you fit in, as if you have a contribution to make. Belongingness is a mindset characterized by being able to be authentic, knowing I matter and that my voice is essential.

The concept of belongingness goes beyond diversity and inclusion. Diversity is being invited to the party; inclusion is being asked to dance; and belongingness is being able to dance like no one is watching. Belongingness is an innate sense of psychological and emotional security that allows people to be their authentic selves and contribute in their own, unique way.

The Marvel Comics movie, Black Panther, provides an analogy of this concept of belongingness. And, as a Marvel Comics fan, this analogy particularly resonates with me. The movie was a box-office smash and the highest-grossing film of 2018 in the U.S. Among African-Americans, the movie itself was a movement. There were efforts across the nation to get as many children of color in as many theaters as possible to see the movie. And for many of us, the movie was a significant cultural moment.

I think about it this way: Marvel movies have been diverse. They have had black actors, black extras and, certainly, there were black people working behind the scenes. That might be considered diversity. And we’ve seen inclusivity in Marvel movies. Don Cheadle played “Rhodey” in Iron Man 2. He was a superhero in is his own right, a featured character, who fought alongside Robert Downey Jr.’s Ironman character. But Black Panther truly epitomized the spirit of representation. It gave those of us who are African-American fans of Marvel movies a sense of belongingness that had not really been there before.

This is because belongingness must also be about representation. It is about being seen but also about seeing yourself reflected at the very highest positions in an organization, in leadership roles, and at the table where decisions are being made. What we see becomes part of our memory and our existence. This shapes the way we see the world, ourselves and others. Whether it is on the movie screen, in the legal profession, in the ABA or in the HLS, people are more likely to be engaged, committed and productive when we they can identify with those who have succeeded and visualize ourselves doing the same. As my mother says, “If you can see it, you can be it.”

From the moment I became a member of the ABA HLS in 2004, I was made to feel as if I belonged. Members of the section, like Hal Katz, Bill Horton, David Johnson, Greg Pemberton, Priscilla Keith and many more welcomed and supported my authentic self. They took practical steps to make sure I felt like I belonged. They introduced me to the other members, sought my opinion, solicited my input, and helped me carve out a role for myself in the section as a leader.

This sense of belongingness gave me the confidence to work with HLS leaders to help create the Public Health and Policy Interest Group and to establish a first-of-its-kind partnership and memorandum of understanding between the ABA and the Centers for Disease Control and Prevention.

This culture of belongingness has also made it easy for me to introduce the HLS to students and public health lawyers I work with who are looking for community. I am confident that when I bring someone to the section, they will be welcomed and supported, regardless of their age, race, ethnicity or sexual identity.

Belongingness must be about giving those who have traditionally been on the sidelines their time in the sun and a chance to maximize their inherent human potential and capacities for the collective good. When we see those with whom we share an identity achieving great things, we, too, feel empowered. And although we can always do better, I am proud and impressed with the commitment the ABA and the HLS have to fostering diversity, inclusion and belongingness.

I recently saw a quote that really highlights what belongingness looks like. The language is from a sign that hangs in Evanston Township High School in Evanston, Illinois, and focuses on students. For the purposes of this column, I replaced “school” with “section.”

I think that sums it up nicely.

Lawyer Montrece McNeill Ransom is currently the team lead for Public Health Law Training and Workforce Development with the Centers for Disease Control and Prevention’s Public Health Law Program. She is also the 2018-2019 chair of the ABA Health Law Section’s Government Sector Interest Group. She is a speaker, certified trainer and facilitator, and she is the editor of the forthcoming text, Public Health Law: Case Studies and Concepts. Learn more about Ransom at montrecespeaks.com. The findings and conclusions in this article are those of the author and do not necessarily represent the official position of the CDC.