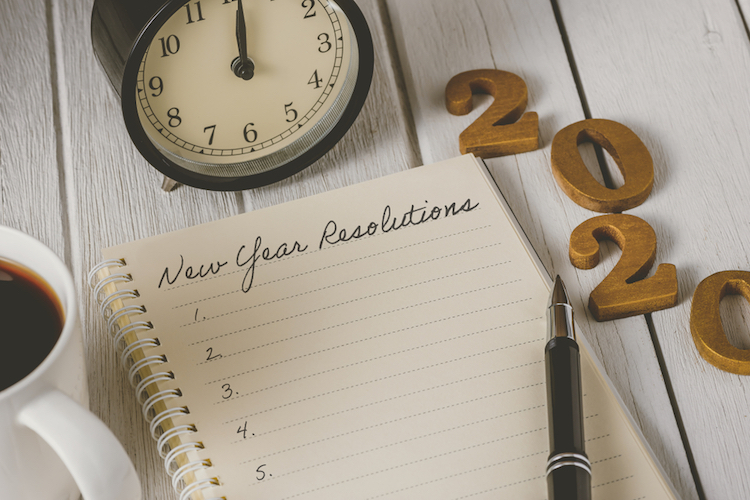 We are nearing that time of year again, namely, the beginning of the next year. Resolution time. During the 40-plus years of my litigation practice, I made my share of resolutions on how to optimize my practice habits and routines, winning some and losing some. Given that I have more time now to reflect on these issues, I made a resolution to share some of my resolution experiences.

Let me start with the most important problem with resolutions: the demon. Most people don’t stick to them. Research has shown that within weeks, only about 10% or so of the resolvers accomplish their resolutions—with the majority of the other resolvers abandoning them.

The usual suspects are quitting smoking, diet and exercise. Though some of these and others may affect many lawyers, let me zoom in on issues many of us face in practice. Consider the following.

I got called to the bar of the province of Ontario in 1974. I still remember typewriters, dial phones and Lassie. I did not see law offices equipped with computers until well into the 1980s. It did not take long to get overwhelmed by ever-increasing technological complexity. I resolved however to swim with the sharks and learn this stuff.

I would ask questions of the experts, but there was only so much my kids could explain. I felt like Zog, the caveman. I learned what a browser was, but I still got confused by what they meant by terms such as “clear your cache.”

I then resolved to take a couple of computer-related courses. Unfortunately for me, much of the content was incomprehensible. The instructor sounded like he was speaking Middle Phoenician. I dropped out quickly.

I tempered my ego and decided to read a suggested seminal book on the subject. It did not take long before I tossed aside my PCs for Dummies.

I threw my hands in the air, waving a white flag. Those sharks would have to swim by themselves.

It then dawned on me that just maybe I did not have to become a tech guru. I could just learn some basics, step by step, and go from there—step by step, of course. With a bit of help from my former assistant, a colleague or two and my kids (and lately grandkids), I picked up some word processing, email and internet basics skills.

The trick here to fight the demon was starting small and not worrying about winning the game.

You don’t necessarily have to swim with those sharks. I’m OK swimming with the ducks.

I’ll come clean up-front: I never fully succeeded with this resolution. I found that a major distraction was my need to see my emails now. I’d be on the phone, and I often found my eyes glancing at my computer screen in order to catch the next email with the anticipation of a baseball Golden Glove winner.

And, naturally, once I saw the email, I felt compelled to respond. I viewed email communications like a tennis match, sensing the need to hit the ball back immediately. I felt like Serena Williams.

Needless to say, the distraction did bother me, even though I was still swimming with the ducks.

Eventually after some chatter with a wise contemporary colleague, I realized that before we had emails or even faxes, the equivalent message generally came via the mail, where the sender posted it two or three days earlier and we would respond a day or two later, and the turnaround would likely be about a week.

I resolved once again for the nth time to break this habit. I’m proud to say I succeeded—some of the time.

As the Dave Brubeck lyrics go:

How many of us in practice do take five, or even four? How many don’t take anything? We feel we have to be marathon lawyers.

I worked with a colleague once—or should I say now a late colleague. His heart didn’t keep up with his lifestyle. I’ll call him George. He rarely took time out for lunch. He used to joke with me that if he took a half-hour for lunch, at his billable rate, it would cost him $150. I would sometimes bring a coffee to his desk, and after, he would spend about three minutes gulping it down, I’d remind him that this coffee cost him $15. He agreed.

Many lawyers do take lunch breaks and even vacations, of course, but they still carry their offices with them like a pack mule. I was standing in line once to get into the Sistine Chapel at the Vatican, where I met a lawyer from California called Pete. While my wife and his and I were busy chatting about the glory that was Rome, including whether all roads lead to it, Pete was getting agitated, calling his office and shouting orders like General Patton.

I asked whether he realized how counterproductive this was. He told me he resolved many times to stop this practice, but his resolutions fizzled out like a candle.

I suggested he makes sure he delegates all his files to someone before going on vacation, and that for now, he hand over his cellphone to his wife, with instructions not to release it to him if he wanted to use it for business. I felt proud of myself as he gave me an affirmative nod. Minutes later, he called his opposing counsel, shouting at him that the guy was disturbing his trip to Italy. (I doubt Pete knew at the moment where in Italy he was.)

The queue moved forward, and we entered the Sistine Chapel. All I can say is Michelangelo was a great artist.

Dealing with the demons

You will hear of several suggestions on how to make New Year’s resolutions stick. One suggestion, as with my tech life, is start small. The workaholics like Pete, for example, can resolve to at least leave their cellphones at the hotel for the day and check office business if they must, in the late afternoon. In the interval, they could ponder more relaxing distractions, like whether all those roads really do lead to Rome.

And, perhaps, those colleagues who feel fulfilled only if they are chained to their desks can push themselves to undo the handcuffs and have a decent lunch break, say, on Mondays and Thursdays. They could then aim to go all out and burn the rubber on the interval days.

Another suggestion on keeping a New Year’s resolution is to tell a couple of people about your resolutions and go even further by pledging to drop a dollar into a box and use the accumulated funds to buy lunches for those people. Don’t use a cigar box, as this could lead to another problem.

And, as with my tech issues, we can just accept that we all don’t have to acquire the skills and know-how of the gurus.

I also see online there are some courses or seminars on how to stick to resolutions. The problem I see with those is that most of us would likely drop out.

Finally, I shall ask, why wait until the new year? Start now. There is nothing wrong with something like a Dec. 27 resolution. Don’t procrastinate. Then again, overcoming procrastination is a resolution onto itself.

As for me, at least I fulfilled the resolution to share my resolution experiences.