14 ways to discuss diversity in your law firm

Society, as a whole, is recognizing that diversity is important. But, it is so easy to say you want to promote diversity. Increasing diversity is easier said than done, and I think part of the problem is that many are not comfortable talking about diversity or the real issues that people of various races and cultures face.

I have seen the topic of race make even the most confident attorneys squirm. A law firm cannot reach the goal of diversifying if attorneys in the office are uncomfortable discussing diversity past the surface level.

I am a female attorney who checks the “diverse” box. Specifically, my mom is South Korean. She is short, has tan skin and sleek black hair. I inherited none of these physical traits. I’m 5 feet, 9 inches, and I have pale skin, and most people have no idea that I am half-Asian. The fact that I am diverse without looking diverse provides me with a unique perspective on this issue.

Because my ethnicity is not obvious, the only way a person can learn about my background is to have a discussion with me—that’s how I learned many people are not comfortable talking about diversity.

Through my participation in a diversity sponsorship program at my firm, my colleagues who did not know I was diverse are now aware. Like many people, they were wondering how I meet the “diverse” criteria. It is evident to me when someone wants to ask about my diversity but is not sure how to broach the subject.

The uneasy look on a person’s face is one that I have learned to recognize from a mile away. For as long as I can remember, I have encountered the very awkward question, “So … what are you?” People are never sure if it is appropriate to ask me directly about my ethnicity. I have always preferred a forward and direct approach rather than awkward and vague questions.

More than Meets the Eye

Why does it matter if people know how to talk about diversity, as long as they know you are diverse? There is more to diversity than someone’s appearance. When a law firm focuses exclusively on skin color so they can check their diversity boxes, it oversimplifies diversity and misses the point of why diversity is important.

The reason diversity is so important is because people with different experiences and backgrounds introduce new perspectives and fresh approaches. If people are unable to discuss diversity, they will never reap the benefits of these unique backgrounds, issues and perspectives.

The fact that I grew up in a multicultural household is a large part of what shaped me as a person. My experience is much different than that of a child who grew up in a family with two Korean parents or two white parents. My mother was born and raised in Seoul, South Korea.

She did not move to the United States until after she and my dad were married. Korean is her first language, and her social etiquette and customs are very much based on how she was raised in South Korea. My family had to learn to balance two cultures. I bring a different perspective to the table, but you would never guess by looking at me.

I understand why so many people are uncomfortable asking direct questions about diversity. They do not want to say anything offensive. In discussing this issue with Maria Lewis, chief diversity officer at Drinker Biddle, she said, “We need to give people room to make mistakes.”

I could not agree more. Asking questions because someone genuinely wants to learn and understand someone else’s culture or background should always be encouraged. This means that sometimes politically incorrect questions will be asked. However, the only way to fix the problem is to explain, teach and discuss the issue. 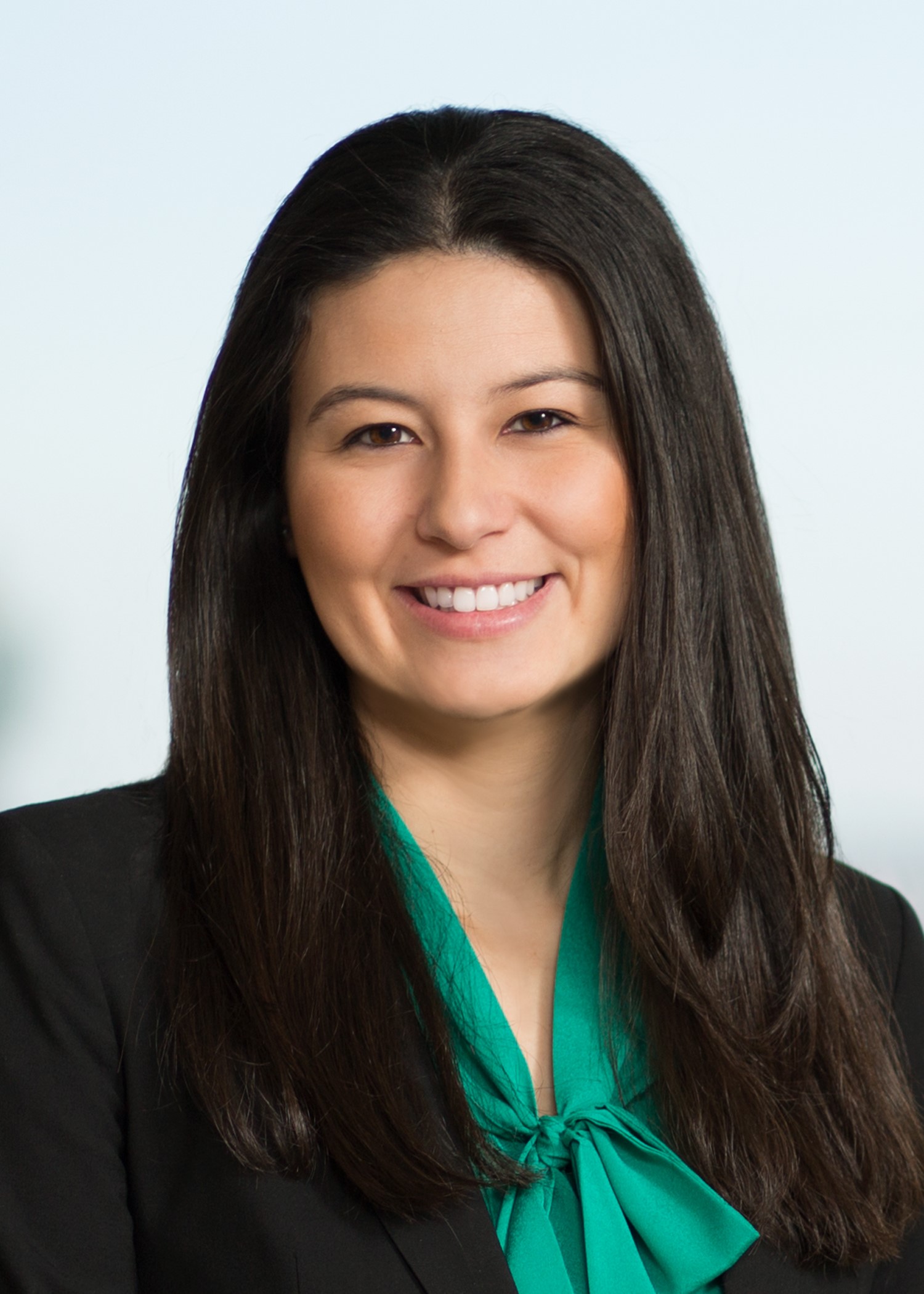 However, there is the other end of the spectrum, where a person makes comments about another person’s race, sexual orientation or religion that they know are offensive, but they think it is OK if the person they are offending is not in the room.

Well, as a diverse person who does not look diverse, I can tell some funny (but also horrifying) stories on this topic, too.

I attended a client meeting with counsel from another firm who represents the same client. At the meeting, the client discussed how important diversity is to their organization. Outside of the client’s presence, there was some eye-rolling about diversity.

The two eye-rollers were white men who did not realize that I also think diversity is important. One of the men was a partner and one an associate. The partner’s actions validated that this type of behavior is acceptable. Firm leadership should not and cannot endorse such behavior, or the firm will be unable to retain diverse attorneys.

A colleague of mine is 100% Hispanic, but most non-Hispanic people would not know by looking at her. She shared a story of a meeting she attended with former co-workers where the individual leading the meeting made disparaging remarks about Hispanics. He had no idea that my colleague was Hispanic. Needless to say, the speaker was very embarrassed when she informed him.

In this situation, the speaker knew the statement he was making was inappropriate but thought it was not a problem because he believed there were no Hispanics in the room. But, you can never be sure of your audience. People have made negative remarks about Asian people in front my dad not knowing he has half-Asian children.

You cannot discern sexual orientation by looking at someone. You also cannot know if someone’s parent, brother, sister or best friend is LGBTQ or married to someone of a different ethnicity. Even if no one speaks up, a discriminatory comment is likely to have offended someone in the room.

Another friend of mine is half-Hispanic but does not look it. He told me that he sometimes feels uncomfortable identifying himself as someone who is diverse because others question it and think he is only trying to “use” his diversity. As a result, he avoids mentioning it at all. As a person in a similar situation, I completely understand. However, Hispanic culture is as much a part of his life as American culture.

Korean culture is a big part of my life. I lived in Korea, grew up eating Korean food and had grandparents who spoke very little English. Why should my friend and I have to downplay our diversity because our white genes turned out to be more dominant? The most important aspects of diversity do not come from one’s appearance, but from different life experiences, beliefs and cultures.

Getting on the Same Page

I believe intentions matter. Remarks intended to disparage another race or culture are never acceptable. However, there may be instances where a friend or colleague makes a statement that is unintentionally offensive. In those situations, just letting someone know they offended you and explaining why the statement is offensive is enough to resolve the problem.

It is counterproductive to report every offensive statement to human resources. That creates an environment where people are afraid to talk about diversity. Intentions are not always easy to gauge, but people should use their judgment and determine whether the situation can be used to teach rather than punish.

The Do’s of Discussing Diversity

• Do make it known you want to be corrected if you say something potentially offensive.

• Do ask direct questions, rather than awkwardly skirting the subject.

• Do ask what you can do to help promote diversity within the firm.

• Do promote open discussions of diversity.

• Do be forgiving of politically incorrect statements by others if the person has good intentions and is trying to learn.

• Do ensure the diverse employee has meaningful involvement in work if you advertised or pitched their diversity to obtain the work.

• Do let others know when they have offended someone or you.

The Don’ts of Discussing Diversity

• Do not be offended if a diverse person would rather not answer your questions or engage in a discussion.

• Do not make disparaging comments about any race, gender or sexual orientation because you never know the background of your audience or their family.

• Do not start a conversation about diversity with the phrase, “So, what are you?”

• Do not let it slide if attorneys in your office roll their eyes or belittle discussions of diversity; it is particularly important that leadership shut down this behavior.

• Do not force diverse attorneys to “use” their diversity for your convenience if it makes them uncomfortable.

• Do not bring up someone else’s diversity during an introduction to a new person/potential client; it will be transparent to everyone why you are bringing it up.

• Do not tell people who are diverse but do not look diverse that they “don’t count.”

It is one thing for a law firm to say, “We want diversity.” Attorneys in the firm need to be comfortable talking about diversity and learning the appropriate ways to engage in such discussions. That is a key factor in promoting diversity in a law firm and retaining diverse attorneys.