How to help people with criminal records break barriers to employment 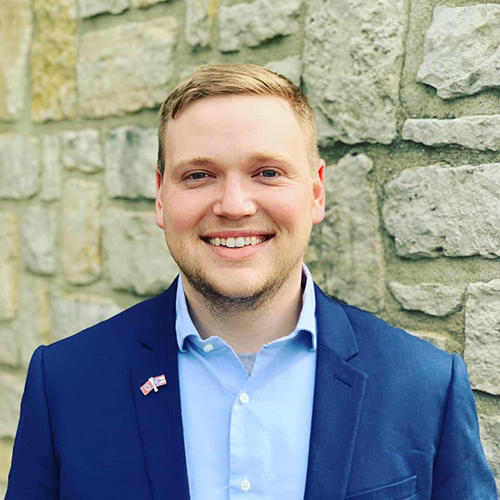 Harley Blakeman is the founder of the website Honest Jobs, where formerly incarcerated people like himself can find work. (Photo from Harley Blakeman.)

Harley Blakeman applied for 50 professional jobs when he graduated with a business degree from Ohio State University in 2017, and only got one offer after 36 interviews. A felony record from 2010—for trafficking prescription drugs, shoplifting and theft—was a barrier, he says, to potential employers. It also had him second-guessing himself, even after he was hired as a production coordinator by the building materials manufacturer Owens Corning, in Newark, Ohio.

“I was excited, but scared. ‘Are they really going to trust me, and do they believe in me,’ ” Blakeman wondered at the time. An operations manager pulled him aside after a meeting.

“You seem really nervous, and unsure. We know you have a unique background, but we hired you. Don’t worry about it,” Blakeman recalls the manager saying. “You are supersmart, and you are one of us.”

That helped, and later that year Blakeman was promoted to a production supervisor position. Blakeman says that he enjoyed the work at Owens Corning, but wanted to help other people with criminal records find work. “It was a really good job, but it was just a paycheck. I knew millions were dealing with this pain point, and there needed to be a solution,” says Blakeman, recalling his own experience. “What I found was that I would go through multiple rounds of interviews, but no one would give me a job.”

Blakeman decided to leave Owens Corning, and using money from his 401(k), last November he launched Honest Jobs, a website that posts job openings from “felon-friendly employers” around the country who will consider hiring candidates with criminal convictions. The business is based in Columbus, Ohio. Blakeman also authored a guide called Grit: How to Get a Job and Build a Career with a Criminal Record.

Honest Jobs is free to view, and employers can post up to three jobs for no charge. Blakeman charges a monthly fee for additional job listings, determined by the amount of ads placed. He says that paid ads get better results. Since the site started, Blakeman estimates about 50 people have gotten jobs through his service and he now has three employees, two of whom have criminal records. For marketing, his team reaches out to probation offices and workforce development groups, and he pays for digital marketing on social media.

In February, Honest Jobs received $100,000 from an angel investor, and Blakeman hopes to raise $3 million in capital, which he would use for software development and hiring more employees. Blakeman, or one of his employees, speaks with every business before an ad posts, and in the next version of the site’s software they plan to add a function that lets employers select website language describing what types of felony convictions would and not prevent a candidate from being considered for the job.

“Our expectations are that they don’t post jobs with us if they’re not actually willing to consider people with felonies,” says Blakeman, whose site in June had 150 listings in 30 states. Full-time offerings include positions for cost accountants, diesel mechanics and hotel housekeeping.

Many employers are now willing to hire people with criminal convictions because it’s hard to fill jobs, Blakeman says. As of April 2019, the United States unemployment rate was 3.6 percent, according to the Department of Labor. There’s also a direct financial benefit. Employers who hire workers within one year of conviction or release are eligible for federal tax credits based on a percentage of their wages if they’re employed at least 120 hours.

In 2018, people with criminal convictions comprised almost one-third of the adult, working-age population, and that percentage is growing, according to a survey by the Society for Human Resource Management and the Charles Koch Institute. More than a thousand people took the survey, including managers—80 percent of whom indicated that they valued workers with criminal records just as much or more than employees who did not have convictions. But employers are also considering the legal implications of hiring, or declining to hire, people with criminal records, and what kinds of questions to ask.

“I think national clients understand that in this day and age they will need to seek a diverse workforce and be as inclusive as possible by looking at traditional bans and removing internal bans that may disqualify a really good candidate,” says LaToi D. Mayo, a labor and employment partner with Littler Mendelson.

Various state and federal laws regulate what and when employers can ask job candidates about criminal backgrounds, and some businesses avoid asking about convictions altogether, says the Lexington, Kentucky, lawyer. However, applicants sometimes choose to disclose their backgrounds when presented with a disclaimer statement about being truthful during the application process.

If a job applicant discloses something that has the potential to bring issues for employers, Mayo’s advice is to bring the candidate back for an individual assessment and follow U.S. Equal Employment Opportunity Commission guidance on looking at criminal convictions in hiring decisions.

Hiring an attorney to handle individual assessments, she adds, is often a good idea to ensure the process follows state and federal law. In 2012, the EEOC found that in some instances, using someone’s criminal history when making employment decisions could violate Title II of the Civil Rights Act of 1964. National data supports a finding that criminal record exclusions have a disparate impact based on race and national origin, according to the EEOC.

Based on EEOC guidance, the decision-making process should focus on what the candidate’s job duties would be and whether prior convictions would prevent them from adequately performing the job, Mayo says. She adds that all applicant background checks must comply with the Fair Credit Reporting Act.

If a job applicant tells a potential employer that substance abuse played a significant role in their conviction and discloses they’re in recovery, using that information to not hire them could be a violation of the Americans with Disabilities Act. “You shouldn’t hold a felony from three years ago against them if they are in active recovery,” Mayo says.

Attorney Ardra M. O’Neal practices in Washington, D.C., one of many municipalities that has a “ban the box” law, which prohibits employers from initially asking job applicants about criminal histories, However, they can ask after a conditional offer of employment is made. The city’s Commission on Humans rights can fine employers up to $5,000—with half of the money going to the complainant—if they violate the law.

O’Neal believes that people with convictions for violent crimes often have the hardest time finding work. “People want to hire the candidates, but there have been increased incidents of workplace violence, and employers are understandably concerned about ensuring they are creating an environment that is free of violence,” she says.

To help lawyers navigate the many barriers that people with convictions face, the Criminal Justice Section of the American Bar Association and the National Institute of Justice created an online catalog of more than 45,000 federal and state statutes and regulations. These laws and regulations can stand in the way of a person getting a job or prevent an individual from obtaining a professional license, housing and other types of government assistance. The database is now administered by the nonprofit Council of State Governments Justice Center.

William Nolan, a labor and employment partner with Barnes & Thornburg, says that lawsuits involving someone not being hired due to criminal convictions are rare. Such failure-to-hire lawsuits usually involve police or fire department hiring practices.

Clients who want to hire an applicant with a criminal record call Nolan about concerns that doing so could expose them to liability. Nolan says it depends on the age and the severity of the convictions, and how the crimes relate to job duties. He adds that employers generally should not consider convictions that are more than a decade old. For serious offenses, it’s probably a good idea to seek legal advice before making a hiring decision.

“Sometimes you can be more aggressive than the EEOC would tell you [that you] should be,” says Nolan, the managing partner of Barnes & Thornburg’s Columbus, Ohio, office.

As a hypothetical, Nolan offers a scenario in which someone with misdemeanor assault convictions applies for a job whose responsibilities include working inside people’s homes. The EEOC, Nolan says, would probably say that assault misdemeanors would not prevent the candidate from doing the job.

But potential employers still may not feel comfortable. “If you have someone with a couple of assault convictions, do you really want them to be going into people’s homes?” he asks. If the employee got into a physical fight inside the home and the customer sued, that’s not a case he’d want to put in front of a jury.

In other positions, such as in a service establishment or factory, Nolan thinks that employers would be less concerned about a job candidate with assault convictions. He added that most employers have someone in their lives with a criminal record and recognize that people can be successfully rehabilitated and deserve a second chance.

Blakeman agrees. He overcame addiction himself. As a teenager, he was addicted to opiates. By that time, his mother was an addict, his father had died, and Blakeman had dropped out of high school. At 19 he was serving a 14-month sentence at Georgia’s Treutlen Probation Detention Center where he earned his GED and attended Narcotics Anonymous meetings.

After his release, Blakeman went to live with his aunt in Columbus, Ohio. For the next few years he worked as a lawn mower man, dishwasher and a cook before landing a job in database administration for a retail consulting firm. He started his education at Columbus State Community College and transferred to OSU, where he graduated in 2017.

He hasn’t used any drugs in eight years. “I’ve got a lot of grit,” Blakeman says. “I’ve been through a lot in life, and being rejected for jobs was far from the toughest thing I’ve dealt with.”

From the July-August 2019 ABA Journal: “Formerly incarcerated people are building their own businesses and giving others second chances”

Read more in the Marked for Life series.