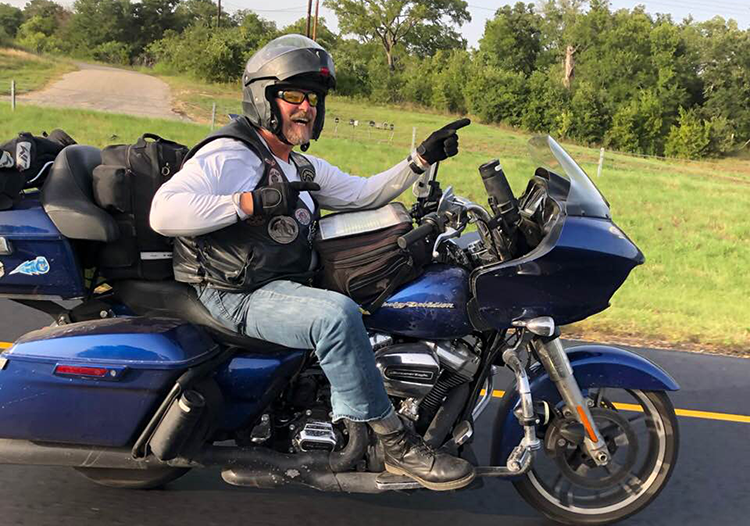 The universe unfolds as it is intended.

That’s the mantra Robert Saunooke has called on for motivation through much of his life. It guided the citizen and enrolled member of the Eastern Band of Cherokee Indians through challenges he encountered during his childhood and opportunities he embraced as he built a practice focused on representing Native American tribes and their members.

“If you are doing what you’re supposed to do—the things that traditionally lead you down a path of success—it will get you to the place you need to be at the exact time you need to be there,” Saunooke says. “The universe presents you with situations that allow you to move forward in your life.”

Since last April, as president of the National Native American Bar Association, he has ridden his Harley-Davidson Road Glide Special motorcycle more than 70,000 miles, visiting at least 50 tribes and raising awareness on issues that affect indigenous people.

He traveled mostly one-lane back roads through 35 different states, including California in August when he attended the ABA Annual Meeting in San Francisco. He rode up to 1,000 miles a day and took every chance to see something or meet someone amazing.

“I never had a day that I did not accomplish both,” Saunooke says. “The stories of regular American people and Native tribes are amazing. We have so much more in common than we allow ourselves to believe.”

He said he discovered significant interest in Native issues and his association as he met with the legal departments of the tribes he visited. Even though his term ends next month, he plans to continue riding his motorcycle and drawing attention to tribal issues.

Saunooke’s mantra also guides him in his many roles with the ABA, including as co-chair of the Judicial Division’s Judicial Clerkship Program, which connects underrepresented law students to judges and encourages them to apply for clerkships. This year, thanks in part to his recruitment efforts, six Native American law students, three tribal court judges and the attorney general of the Navajo Nation participated in the program.

“The reason why we have such a large contingent of Native American students now is because Rob went out and said this is a segment of the population that has been missing from the clerkship program,” says Maryland Circuit Court Judge Toni Clarke, the immediate past chair of the Judicial Division. “He connects with them, and he encourages them. He wants to give back to them and bring them forward.” 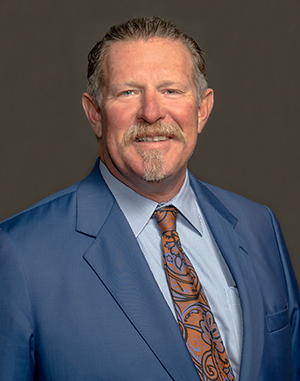 Saunooke’s determination to do the right thing began early.

He was born in Ohio but started elementary school in New Mexico, where he says his dad, Osley Bird Saunooke Jr., became one of the first Native Americans to graduate from law school.

When his family moved to Florida a few years later, he was among the youngest kids in his class and an easy target for bullies. He was often beat up, and was once handcuffed to a tree and hit with sticks and rocks.

“It’s embarrassing, and it’s emotionally and physically overwhelming as a kid,” Saunooke says. “You don’t know how to deal with it.”

The bullying stopped after he found football, a sport he loved and continued playing when he went to live with his grandmother in Cherokee, North Carolina. By the time he finished high school, he had been recruited by the University of Florida, Florida State University and Brigham Young University.

Even though his parents, who had five other children, couldn’t afford to send him, Saunooke was determined to attend and graduate from college. He chose BYU and says it turned out to be the best decision for him as a student and athlete.

He played with teammates such as Steve Young, who went on to be the quarterback of the San Francisco 49ers and a member of the Pro Football Hall of Fame, and coaches including Andy Reid, who won the Super Bowl this year as the head coach of the Kansas City Chiefs.

Saunooke majored in art history but questioned whether he should pursue another path. His dad, who was the first director of the United South and Eastern Tribes and a founder of the Florida Governor’s Council on Indian Affairs, encouraged him to go to law school.

He worried about paying for more education but found himself in the right place again at America’s Freedom Festival in Provo, Utah, in 1988. He was watching the July 4 parade when someone tossed a firecracker under horses pulling a wagon with several children in the back. The horses took off, throwing the driver from the wagon.

When Saunooke saw the horses barreling toward him, he ran into the street, slammed his body into one of them and pulled down on its bridle until it stopped.

“To this day, I couldn’t tell you what I was thinking,” he says. “Everybody jumped up and ran the other way, but I jumped up and ran at the horses. I get emotional about it, because I could hear the kids screaming.”

Someone recognized Saunooke as a BYU football player, and Sports Illustrated soon called to get his story. He also received a call about Turtle Wax’s Shining Example Award, bestowed by the Chicago-based car products company for acts of heroism.

He was selected as the winner and received a $5,000 check. After graduating from BYU in 1989, Saunooke used that money to move to Virginia to attend Washington and Lee University School of Law. He graduated in 1992 and opened his own law firm in Florida in 1994.

For more than 25 years, Saunooke has assisted tribal governments around the country in the enactment of legislation, federal and state litigation in federal and tribal courts, business development, creation of court systems and codification of laws.

He has served as in-house counsel to the Susanville Indian Rancheria in northeastern California, as lead outside counsel to the Miccosukee Tribe of Indians of Florida and as policy and legal advisor to James E. Billie when he was chairman of the Seminole Tribe of Florida.

He was also legislative counsel for his tribe and opened the first law firm on its North Carolina reservation in 1998.

“For two years, I was the only attorney on the reservation and represented almost 5,000 members of my tribe,” he says. “One judge said my presence there permitted people who normally would never get an attorney to have one in cases that were complex and resolved much easier because I understood the people and the tribe.” 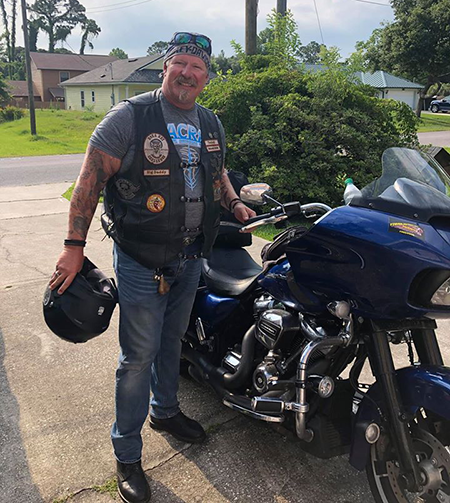 Saunooke incorporates his motorcycle riding into his advocacy work, including helping to organize Bikers Against Child Abuse in Utah.

Saunooke, who is now semi-retired and lives in North Carolina, got involved with the ABA in 2005 and has since helped the association champion Native American issues.

He helped create the Judicial Division’s Tribal Courts Council and joined Mary Smith–current ABA secretary and enrolled member of the Cherokee Nation–and other members in encouraging the ABA to change its bylaws in 2014 to allow individuals in good standing of a tribal court of any federally recognized tribe to become full members.

“I don’t know how you could be any more inspiring than to cause a change that way,” says retired U.S. Air Force Col. Linda Murnane, another past chair of the Judicial Division who has worked closely with Saunooke. “He is a passionate, committed, caring advocate for Native Americans and minorities.”

In addition to his work with the Judicial Clerkship Program, Saunooke serves as chair of the Section of State and Local Government Law’s Native American Tribal Law Committee and as vice-chair of its Diversity and Minority Outreach Committee. He is also a member of the Standing Committee on Election Law.

As president of the National Native American Bar Association, he additionally serves as liaison to the Council for Diversity in the Educational Pipeline. Even though his term ends in April, he plans to continue riding his motorcycle around the country and drawing attention to tribal issues.

Saunooke has dedicated himself to numerous other causes, including helping to organize Bikers Against Child Abuse in Utah, fighting for the reauthorization of the Violence Against Women Act and raising money for the Wounded Warrior Project during the Tour of Honor motorcycle ride.

He has served as the only male board member of the Broward County Women Lawyers’ Association in Florida, as the district chair for the South Florida Council of Boy Scouts of America and as an adjunct professor at Emory University School of Law in Atlanta.

His goal is to think always of others and remember that no one gets where they are without help.

“I was the first person to do a lot of things as an attorney for my tribe,” Saunooke says. “Someone has to be the first, and that’s great, but the first has to go back and say look, ‘You can do this, too. We need you here. We need your voice. There are not enough of us.’ “