Negotiating the trauma of working with prisoners, pro bono and after hours

By Mallika Kaur and Melissa Barbee

How do attorneys remain committed to work that affords few successes and often few forms of traditional validation, including commensurate compensation?

I recently discussed this question with soon-to-graduate law students.

Perhaps “compensation” must be redefined in broader terms beyond the financial, despite how essential economic measures remain in our current world order. It feels timely to share a conversation with someone who has sustained herself in pro bono work that involves complicated negotiations of trauma.

Public interest lawyer Taeva Shefler spoke with me and recent law school graduate Melissa Barbee about her volunteer work with prisoners’ rights and the lessons learned in resisting dehumanization of self as advocate and cultivating perseverance as attorney.

Shefler co-founded the Prisoner Advocacy Network in 2014 and remains its director. This consuming work is outside her paid job. Shefler also supervises several pro bono lawyers and law students, including Barbee, whom I had the pleasure of teaching while she interned for PAN. 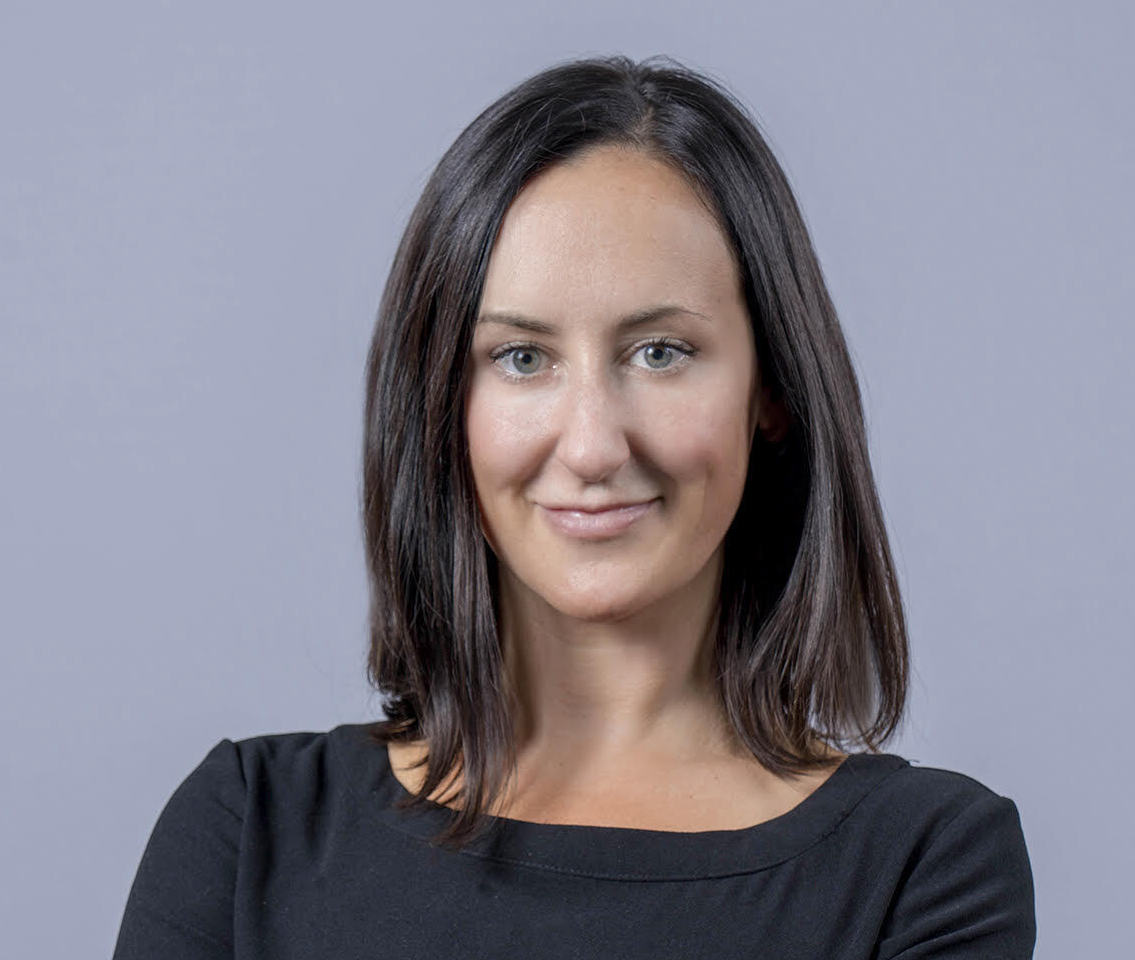 Mallika Kaur and Melissa Barbee: What led you to co-founding the Prisoner Advocacy Network?

Taeva Shefler: After graduating college, where my interest in the experience of the incarcerated had been piqued by a prison literature course, I began interning with a small organization called the Prison Activist Resource Center. In reading and responding to hundreds of letters, I witnessed the harm that happens in prison.

I also worked at a homeless shelter for transitional-aged youth. I saw the powerful intersections between poverty, trauma and the criminal system, and that moved me toward NYU for law school.

Once there, I learned about how law and economics theories promote the application of a cost-benefit analysis to human lives, and I was struck by how impersonal and inhumane the legal system could be. After law school, I returned to San Francisco and co-founded Prisoner Advocacy Network in 2014 with a few other attorneys to help incarcerated activists in California self-advocate as well as build community with those on the “inside.”

Kaur and Barbee: What has kept you active with PAN? What does success look like for such work?

Shefler: As Bryan Stevenson says, “Each of us is more than the worst thing we’ve ever done.” There’s hope for every individual to become a better person. And that hope needs to be cultivated through humanity.

So much of PAN is not actually legal but more a project of compassion. We rarely achieve what would traditionally be seen as legal victories. For PAN, success can mean granting the person the experience of being seen and treated humanely by another person.

For instance, the most common requests from folks inside are for very basic medical accommodations or treatment. When a prison ignores us for months and rejects multiple advocacy attempts on procedural grounds, we have to go back to our correspondents and say, “We haven’t been able to get that treatment for you, but you do deserve care and we’re going to keep fighting for you.” Our clients often share with us that we are the first people since going to prison to ever take them seriously and show them respect. I believe that it can change somebody’s brain chemistry to be treated in this way. It’s transformative work that is not always legal in nature, but it’s radical and essential to building a more just society.

Kaur and Barbee: What primary or secondary trauma responses have you witnessed in your work?

Shefler: I have a lot of secondary trauma from exposure to so many people with tragic and morbid histories. PAN does not discriminate in whom we serve based on the nature of an individual’s crimes. I find I sometimes have to compartmentalize that as a survivor of serious crime and intimate partner abuse. At the same time, those experiences have helped me have compassion for those who are victims of the rampant misconduct within prisons. I’ve noticed I have a heightened ability to relate to and support people in that position. Not that we all should have to experience abuse to understand it, but my primary exposure to trauma has made me a more effective advocate, a better friend and, I hope, a more powerful lawyer.

Another place I’ve experienced and witnessed the effects of trauma is in my previous job as a whistleblower attorney. Every client was one single person against a massive corporation, and the cases took a really long time. I had more clients die before their cases resolved than those who won settlements. Those deaths may have been due to “natural causes,” but I believe each was related to the psychological impact of becoming a whistleblower.

Kaur and Barbee: Could you share some of the manifestations and signs of heightened trauma exposure for you personally? 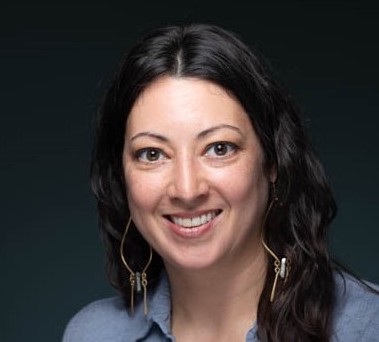 Shefler: It often takes the shape of guilt that arises from the feeling of overwhelming responsibility. For instance, PAN regularly has more requests for assistance than we can answer timely. It can be heart-wrenching to simply read these letters, knowing that we cannot serve everyone, especially over the past year as COVID-19 ravaged uncontrollably through incarceration facilities.

Especially as a volunteer director at PAN, it can be hard to hold healthy boundaries over my free time. As a young attorney, I didn’t allow myself to relax. I couldn’t enjoy a Sunday afternoon at the park. I felt guilty after going out for a social event with friends. I wasn’t always taking care of myself. It has felt almost like an addiction in the past. There are always letters stacking up, and everyone has a sympathetic story to tell. I felt resentful of those around me—how can nobody else care? I finally realized how unhealthy that lifestyle was.

Kaur and Barbee: What has helped you respond as healthily as possible?

Shefler: One of my mantras is, You cannot save anyone but yourself. I worked through guilt, first by removing myself from unhealthy personal relationships, and then by reorienting my approach to volunteer work. I had to interrogate my guilt and the shame of not doing enough, and I found that many people’s experience of injustice ultimately has nothing to do with me. Yes, I pay taxes, which keep prisons running, and I participate in capitalism, which arguably produces immoral outcomes, and there are passive ways we all condone the system that we live in. But I don’t personally owe anything to the folks who have written in, even if they’ve asked for my help. I have reached a healthier balance, but I still struggle.

I have done a lot of deep inner work to learn how to set at least some boundaries. One year, I was at the High Sierra Music Festival, and I caught myself in that cycle of guilt. I had a moment of feeling: I’m up here, not too far from High Desert State Prison where I [correspond] with people who tell me they are physically tortured there, and I am just lying in the grass listening to bluegrass and having this delightful time. And I remember thinking clearly, If I can’t enjoy my freedom, then what am I doing this for?

The more that we deal with the dark and the heavy-hearted, [the more] we must allow ourselves to find and appreciate the more beautiful parts of life. And that means stepping away from the heaviness, putting down the computer and not allowing the work to run our lives. I have tried to thread the needle between holding space for those who write in without letting their pain constantly weigh me down. It’s a fine line.

Kaur and Barbee: Is there anything you would advise for people trying to draw that fine line?

Shefler: One thing to note is that much of the work that is most meaningful in the law is the least compensated. The work I do with PAN is entirely as a volunteer and in addition to my full-time job. For any public interest work—housing, family, domestic violence, criminal justice—you are often very proximate to the most traumatized and neglected in our society. That work is not always thankful. You get no recognition. You may be supporting folks with severe mental health challenges who aren’t capable of giving you the appreciation you deserve. Be aware of that.

Invest in and build supportive relationships. Be selective. Find a community that will encourage you to step away when you need to. For example, in PAN, we have rotating sabbaticals. I take “vacations” from PAN where I take time away from my volunteer work. And I make sure to take time offline entirely—I love camping and getting out into the forest especially.

If you are fighting to show up for a cause you care about through feelings of dread and guilt, pushing yourself to keep working even when you feel yourself approaching “burnout,” it’s the cause and clients who suffer. If you abandon yourself in the midst of it all, it will not be worth it in the end, for you or for the goals you are trying to accomplish.

Mallika Kaur is a lawyer and writer who focuses on human rights, with a specialization in gender and minority issues. She is the author of the new book Faith, Gender, and Activism in the Punjab Conflict: The Wheat Fields Still Whisper. She teaches social justice classes at the University of California at Berkeley School of Law.

Melissa Barbee is a U.S. Air Force veteran and a future attorney interested in civil litigation. In May, she graduated from the University of California at Berkeley School of Law, where she took Kaur’s Negotiating Trauma, Emotions and the Practice of Law course. She has volunteered for the Prisoner Advocacy Network for more than two years.