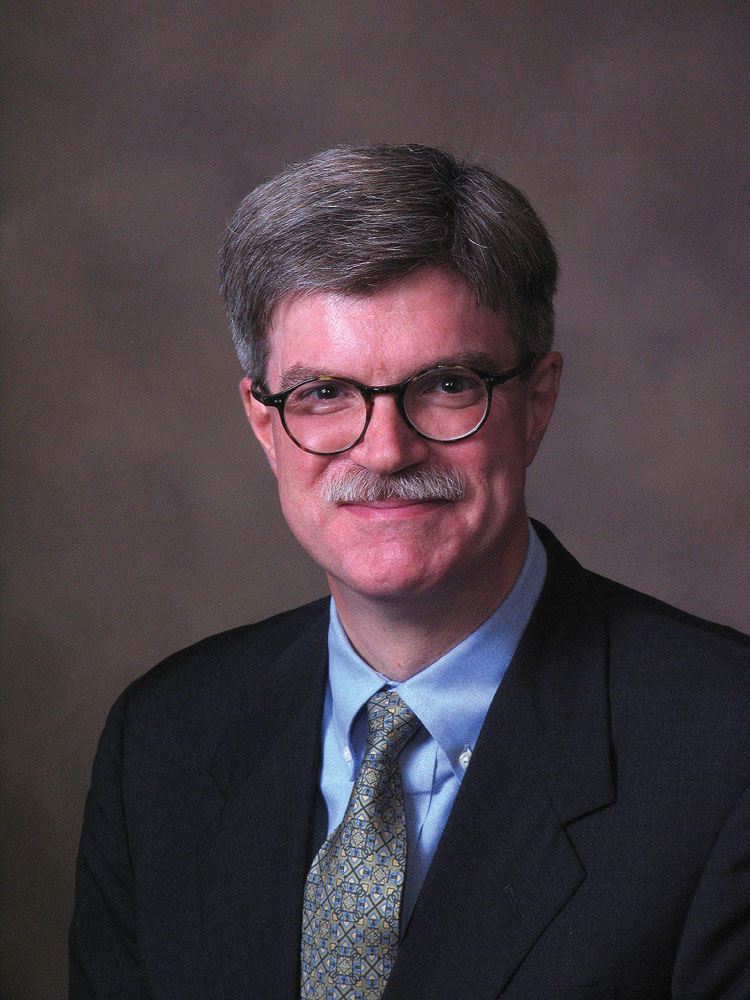 A Memphis, Tennessee, lawyer who has long been active in the ABA is the winner of the 2022 Michael Franck Professional Responsibility Award.

The award winner, Lucian Pera, is a partner at Adams and Reese, where he focuses on legal ethics work in addition to media law and commercial litigation. The Michael Franck award recognizes contributions in the professional responsibility field that reflect the highest level of dedication to legal professionalism, according to a March 2 ABA press release.

Pera has written extensively on ethics issues, including a column for the magazine of the ABA Law Practice Division. He has also served on the ABA Ethics 2000 Commission that rewrote the ABA’s model ethics rules and recently served as chair of the ABA Center for Professional Responsibility.

A colleague who supported Pera’s nomination praised Pera for the contributions that he has made.

“We refer to Tennessee as the volunteer state, and Lucian is a modern-times example of what that means within the context of significant contributions to the organized bar, our judicial system and the public we serve,” the colleague wrote, according to the press release.

Pera will receive the award June 3. Pera answered the ABA Journal’s questions in this email exchange.

ABA Journal: What is your reaction to winning this award?

Lucian Pera: I am truly humbled. Many of the ethics lawyers who’ve gotten this award are heroes of mine. Several of them are on my list of people I want to be when I grow up. Which makes it just really, really amazing to be honored this way.

ABA Journal: What led to your interest in ethics? Did you always plan a career that partly focused on ethics issues? Or did you fall into it?

Lucian Pera: Initially at least, there was no master career plan. After all, I started doing this work a few years out of law school and clerkship, in the late 1980s, and there was virtually no such field back then. The only lawyers in “the field” were academics and a few lawyers who did some defense of lawyer discipline complaints. But it actually started with two things. I was named—as an associate in my firm—as the ALAS loss prevention partner. ALAS was—and is—our malpractice carrier, and they insure most of BigLaw. And they insist that every firm have a loss prevention partner—essentially back then, something like a firm general counsel, plus a liaison to ALAS. I learned a lot from ALAS and counseling my own firm’s lawyers. The other thing that started me out was a bar project publishing a paperbound copy of the 100-plus Tennessee ethics opinions so all lawyers could get at them easily. Yes, pre-internet, we published it on paper, of all things. And then lawyers started calling me for ethics advice, and it grew and grew.

ABA Journal: What interests you about the field of ethics? The unusual situations that lawyers and law firms get themselves into? The regulatory aspects of law practice? The ability to help lawyers with ethical quandaries? Something else?

Lucian Pera: Helping lawyers get to solutions for real problems in how they practice law. Sometimes the questions are simple: Is this a conflict? Can I interview this witness? Other times, it’s more complicated, like defending a bar complaint or a motion to disqualify or coping with an unhappy client. More recently, what’s most interesting has been helping lawyers figure out how they can deliver legal services in new ways—often better, faster and cheaper. And then, too, as your question suggests, let’s just say that there is almost never a dull moment in being a lawyer for lawyers.