With GRE restrictions lifted for law schools, some urge caution

As of November, ABA-accredited law schools can accept the Graduate Record Examination from applicants in lieu of the Law School Admission Test, and some wonder if those with the financial resources will purchase test prep classes for both and submit their best score.

That’s a terrible idea, says Jeff Thomas, executive director of legal programs at the test prep company Kaplan. Besides the time and cost—self-paced test prep courses cost around $799 for the LSAT and $449 for the GRE—applicants’ LSAT scores from the past five years are automatically shared with law schools, even if they want to use their GRE results.

Also ABA accreditation standards require law schools to report LSAT scores from the first-year class. The council of the ABA’s Section of Legal Education and Admissions to the Bar expects to review the reporting requirement this year.

“Not a lot of people are doing both tests. But if they do, the school will take the LSAT,” says Thomas. 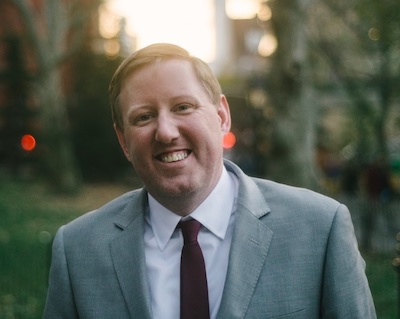 Before the council’s November decision, schools had to demonstrate that entrance exams other than the LSAT were valid and reliable, including the GRE. Some law school deans have been asking for the change for some time, on the basis that having another admissions test will help diversify the profession. Others aren’t so sure, and they worry that people with good GRE scores but no interest in practicing law will wind up spending a significant amount of money on a JD they don’t use.

In terms of test differences, the LSAT has logical reasoning, reading comprehension and logic games, while analytical writing, verbal reasoning and quantitative reasoning make up the GRE.

Also, Thomas says the formats are different. The GRE is an adaptive exam, with difficulty based on how well someone performed on the first section. The LSAT, he adds, is a linear test that’s entirely multiple choice and scored by the number of questions answered correctly.

Mike Spivey, a law school admissions consultant, says people who do well on standardized tests tend to get good scores on the GRE. He also thinks the LSAT stirs up more anxiety in test-takers than the GRE.

“Because it has the word ‘law’ in it, people get overly nervous about the test,” says Spivey. Paying for test prep classes is less common with the GRE than the LSAT, he adds, but that may change if GRE scores play a more significant role in U.S. News & World Report rankings.

This year, 60 law schools submitted GRE scores for U.S. News rankings, according to a spokesperson for the publication. Scores were converted to percentile scales and weighted by the proportions of examinees taking each exam, she told the Journal.

Among highly ranked institutions, Harvard Law School, Columbia Law School and Duke University School of Law accept GRE scores from applicants. For some graduate programs, applicants can select their best GRE score to submit, but these law schools want to see all scores.

At Georgetown University Law Center, GRE applicants almost tripled between 2018 and 2021, says William Treanor, the school’s dean. The school was an early adopter of the admissions test, and a recent validity study concluded that for first-year student performance the test is a comparable predictor to the LSAT. The study focused on 236 people who were first-year students between 2005 and 2016.

For the entering class of 2021, 34 members applied with GRE scores, and half of them are people of color, says Treanor, who thinks using GREs in admissions can increase diversity.

“Many have a STEM background. One is a pediatrician, and another is an officer in the Army,” he adds. “We are very pleased with the GREs. The core idea is it opens up law schools to nontraditional students.”

The University of Arizona’s James E. Rogers College of Law was the first to accept the GRE in admissions, in 2016. Marc Miller, the school’s dean, estimates that for its fall 2021 entering class, 10% submitted GRE scores, most of which were in the 85th to 90th percentile.

He adds that the law school sends marketing materials to people with good GRE scores, and they can recruit based on people’s undergraduate majors. Like Georgetown, Miller’s law school is interested in STEM applicants, and he sees GRE applicants who are older with diverse backgrounds.

Others are unsure adding another graduate admissions test will diversify the practice of law.

“If we look at graduate students across the country, I don’t think we see a lot of diversity,” says Catherine Grosso, a professor at Michigan State University College of Law and co-president of the Society of American Law Teachers.

Also, there’s some concern that people who took the GRE may be convinced a JD will enhance their careers, even if they have no interest in practicing law.

“For someone who is considering a graduate degree but they’re not sure in what, adding law school as a potential consideration is a great thing for law schools,” Thomas says. “I tell students all the time, ‘If you’re not looking to be a practicing attorney, you might want to think about this.’”