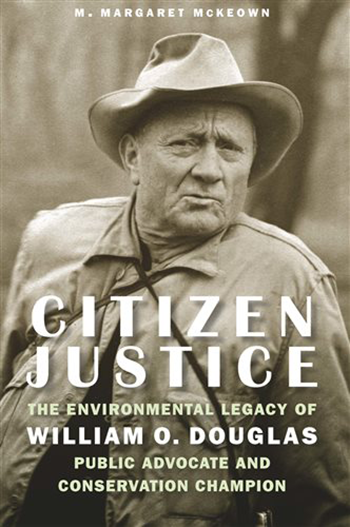 McKeown, who sits on the San Francisco-based 9th U.S. Circuit Court of Appeals, was on a hike when she came upon a cabin belonging to two friends of the justice, Olaus and Margaret Murie. Learning more about the Muries’ history as environmental advocates and preservationists brought her down the path that led to Citizen Justice, she tells the ABA Journal’s Lee Rawles in this episode of the Modern Law Library.

Seeing himself as entitled to advocate as a citizen for causes he believed in—despite his seat on the U.S. Supreme Court—Douglas did not hesitate to lobby federal agencies and the general public to protect wilderness areas from development. McKeown discusses how this could conflict with the code of ethics that she and other federal judges–but not U.S. Supreme Court justices–are bound by, and the implications for public trust.

Douglas’ childhood in Yakima, Washington, was marked by frailty and illness, but he became an avid outdoorsman and hiker in his adolescence and adulthood, keeping up a brisk clip and covering many miles per day. One of his favorite areas to hike in the Washington, D.C., area was along the disused Chesapeake & Ohio Canal. When the editorial board of the Washington Post advocated for the construction of a parkway on top of the old canal, Douglas wrote a letter strenuously objecting, and invited the editors to join him on a 187-mile hike of the length of the C&O Canal to see the wilderness he wanted to protect. It became the first of his “protest hikes,” and marked one of his favorite methods for convincing others of the importance of conservation: taking people on camping, fishing and hiking trips into wilderness areas. 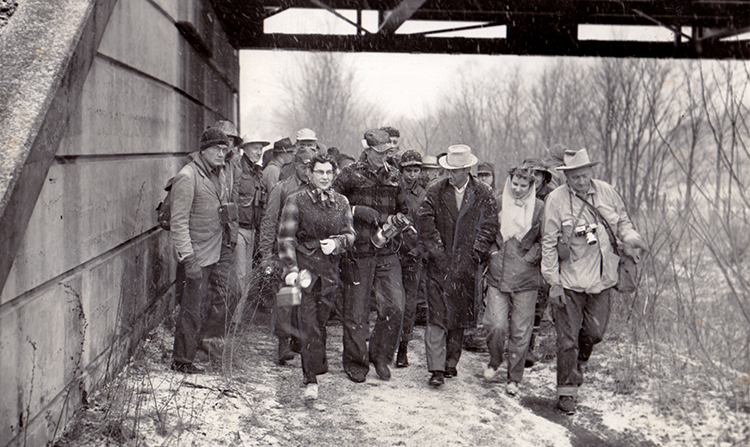 Justice William O. Douglas (right) at the front of a group of hikers joining him on his famous March 1954 hike of the C&O Canal. (Photo by Douglas Chevalier/Washington Post)

A loyal New Dealer, one of the few areas of disagreement Douglas had with President Franklin D. Roosevelt was FDR’s bend towards conservation over preservation on public lands, McKeown says. She discusses the development of the conservation and environmental movements, in which Douglas was a powerful player. Douglas was the first justice to even use the word “environmental” in a Supreme Court opinion. She also delves into Douglas’ positions on Native American rights, which were supportive—unless they were pitted against the interests of fish.

McKeown and Rawles discuss the research process behind Citizen Justice, and why she felt that this area of Douglas’ life was underexamined. She also shares the story behind Douglas raising the jurisdictional question: Should trees have standing? 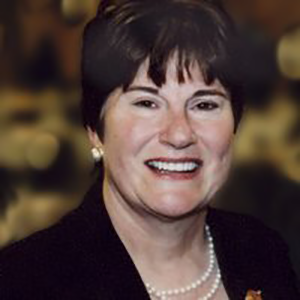 Judge M. Margaret McKeown was appointed to the San Francisco-based 9th U.S. Court of Appeals in 1998. Before appointment, she was the first female partner at Perkins Coie in Seattle and Washington, DC. She holds a J.D. and an honorary doctorate from Georgetown University Law Center. McKeown was a White House Fellow, serving as Special Assistant to the Secretary of the Interior and Special Assistant at the White House.

McKeown is past president of the Federal Judges Association and former chair of the ABA Rule of Law Initiative. She is on the board of the Ninth Judicial Circuit Historical Society and a frequent contributor to Western Legal History. She has received numerous awards, including the ABA Margaret Brent Women of Achievement Award and the ABA John Marshall Award. A Wyoming native, she serves on the board of the Teton Science Schools in Jackson, Wyoming, and was a member of the first American expedition to Mt. Shishapangma in Tibet. She is the author of Citizen Justice: The Environmental Legacy of William O. Douglas—Public Advocate and Conservation Champion.