In Anne Bremner’s work as a Seattle-based trial attorney, she saw a disturbing pattern—that high-profile cases often trending on Twitter challenge the concept “innocent until proven guilty,” as cases are tried online, as well as in courtroom proceedings.

It was in 2007, just as social media use was exploding, when American college student Amanda Knox was accused of killing her roommate in Italy. As Bremner served as legal counsel and spokesperson for the group Friends of Amanda Knox, she saw online lynch mobs and the tabloids convict Knox in the court of public opinion long before the decision came down.

The case prompted Bremner to write Justice in the Age of Judgment: From Amanda Knox to Kyle Rittenhouse and the Battle for Due Process in the Digital Age.

In this episode of the Modern Law Library podcast, the ABA Journal’s Julianne Hill talks to Bremner about how women are particularly vulnerable to this scrutiny. They discuss how Knox’s girl-next-door looks led to the perception that she was guilty, as the Madonna-whore complex comes into play. They also talk about how in men in high-profile cases, such as O.J. Simpson and Kyle Rittenhouse, often are acquitted, but women are typically found guilty.

Bremner shares how the storytelling techniques that she’s used in court and the work that she’s done as a television legal analyst prepared her to write a book. They discuss what it is like to also work with a sibling. Dr. Doug Bremner, a psychiatrist and a professor at Emory University, is the book’s co-author. 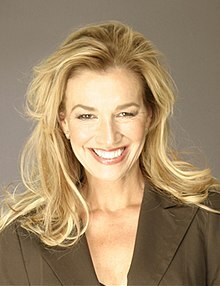 Trial attorney Anne Bremner is a legal analyst with a practice emphasizing in civil rights, catastrophic loss defense and criminal law. She has been a lead counsel for many highly publicized court cases. As a popular contributing legal analyst on TV, Bremner has appeared many times on CNN, Fox, CBS, NBC, MSNBC, the BBC and others. Seattle magazine voted her one of Seattle’s top 25 most influential people, and Washington Law & Politics listed Bremner as one of the 25 smartest people in Washington.