We need to talk about abortion, says author of 'Scarlet A' 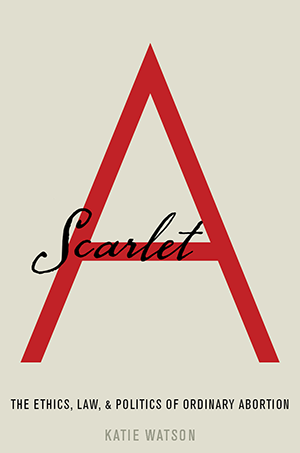 Three in 10 American women who are 45 or older have had an abortion, Katie Watson, author of Scarlet A: The Ethics, Law & Politics of Ordinary Abortion, tells the ABA Journal’s Lee Rawles. For women 44 and younger, one in four are projected to have an abortion in their lifetime. Yet for all the fiery rhetoric about the legality of abortion, Watson–who teaches bioethics, medical humanities and constitutional law at Northwestern University's Feinberg School of Medicine–has found a reluctance by people to discuss their own personal experiences with abortion, or even the nuances of their views on its ethics.

“Why is something so common, and which has been legal for so long, still stigmatized?” the Scarlet A book jacket asks. “Why is abortion so regularly debated by politicians, and so seldom divulged from friend to friend?”

While the overwhelming majority of people feel comfortable claiming the labels of either “pro-life” or “pro-choice,” when Watson polls people about the legality and the morality of abortion at different stages of development, there’s a lot more nuance than those binary labels suggest.

“If your hand went up and down, you have a mixed position,” she writes. “For people with mixed positions like these, terms like ‘pro-life’ and ‘pro-choice’ are inaccurate and incomplete. I’ve done this experiment with several lecture halls full of people, and in they turn out to be representative. ‘Mixed position’ would be the label for the vast majority of Americans. Yet in a 2015 Gallup poll asking Americans if they were pro-life or pro-choice, only 3 percent reported ‘mixed position or neither.’”

In this episode of the Modern Law Library, Watson talks about ways to have productive discussions about abortion; the emerging areas of contention that could be coming before the U.S. Supreme Court; and why she thinks doctors have been shouldering a disproportionate burden in advocating for reproductive rights and abortion access. 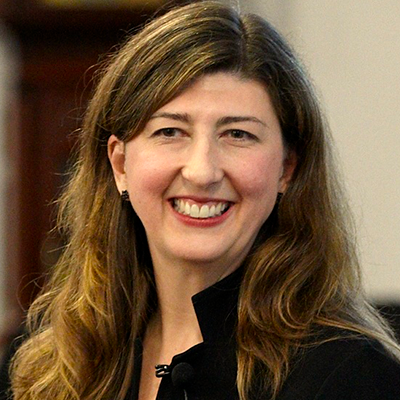 Katie Watson is an associate professor at Northwestern University’s Feinberg School of Medicine, where she has taught bioethics, medical humanities, and constitutional law to medical students and master’s students for 15 years. She is also a lawyer who graduated from NYU School of Law and began her career clerking in the federal judiciary and practicing in public interest law. In 2017, Watson worked part-time as senior counsel to the Women’s and Reproductive Rights Project of the ACLU of Illinois. Watson recently ended a term as a board member of the American Society for Bioethics and Humanities, and she is currently on the board of the National Abortion Federation, a member of the National Medical Council of the Planned Parenthood Federation of America, and on the editorial board of the AMA Journal of Ethics. Her 2018 book, Scarlet A: The Ethics, Law and Politics of Ordinary Abortion, is the winner of the George Orwell Award for Distinguished Contribution to Honesty and Clarity in Public Language.