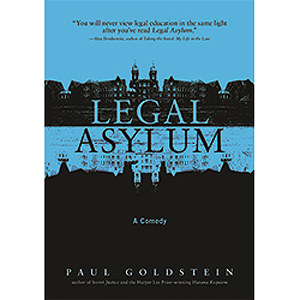 In his new novel, Legal Asylum: A Comedy, best-selling and Harper Lee Prize-winning author Paul Goldstein takes a satiric—and affectionate—look at the lengths to which the dean of a backwater state law school will go to ensure her school makes it into the annual U.S. News & World Report Top Five. With the simultaneous arrival on campus of an American Bar Association committee to conduct the law school’s re-accreditation review, Legal Asylum asks: Can a school make it into the exalted realm of the U.S. News Top 5 and lose its accreditation, all in the same year?

In a wide-ranging conversation, Jon Malysiak, the director of Ankerwycke Books (the trade imprint of ABA Publishing), explores with Goldstein how fiction follows truth and the rankings game can produce a law school at which law teachers (at least those who manage to make it into the classroom) teach no law; a timid associate dean discovers a secret agenda that surprises even him; and a mail room clerk may hold the school’s future in his hands. And why, after reading an advance copy, Alan Dershowitz could write, “You will never view legal education in the same light after you’ve read Legal Asylum.” 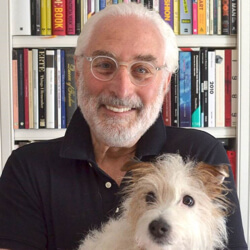 Paul Goldstein is a writer, lawyer, and the Lillick Professor of Law at Stanford Law School. He is the author of four previous novels: Secret Justice; Errors and Omissions; A Patent Lie; and Havana Requiem, which received the 2013 Harper Lee Prize for Legal Fiction.