As hate crimes grow more violent, here are some policy recommendations to protect the communities they impact 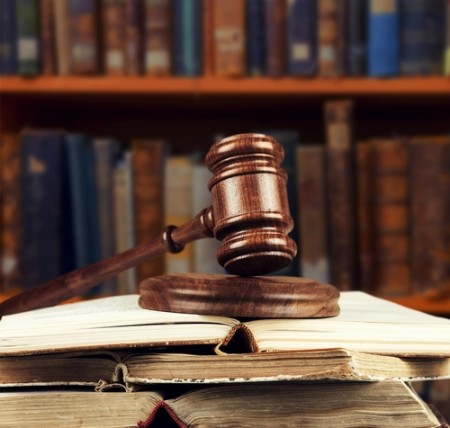 On Jan. 7, in the aftermath of the assault on the U.S. Capitol building, the front page of The New York Times read, “Trump Incites Mob: Rampage in Capitol Forces Evacuations; It's 'Part of His Legacy,' a Republican Says.” Indeed, it is striking that former President Donald J. Trump concluded his term of office on a note similar to the one when he launched his election campaign: inciting violence and lawless action against fellow Americans.

Since the beginning of his presidential campaign in 2015, Trump’s political rhetoric proved racially charged. Upon announcing his run, for instance, Trump described Mexican immigrants as “rapists” bringing drugs and crime into the U.S.

He claimed, “The U.S. has become a dumping ground for everyone else’s problems. … When Mexico sends its people, they’re not sending their best. They’re sending us not the right people.” During the speech, Trump also announced his plans for a border wall, declaring that Mexico would pay for it. Shortly after those remarks, two brothers attacked a homeless Latino man in Boston. One of the attackers stated that he was inspired by Trump’s immigration rhetoric. Scholars have long observed that political discourse and political events can play important roles in the frequency of bias-based incidents.

Muslim Americans are well aware this. According to academic research, during the 2016 U.S. presidential elections when political invective cast them as terrorists, religious extremists and undesirable refugees, Muslim Americans were three to five times more likely to be victims of threats or acts of hate-motivated violence. In addition to calling for warrantless surveillance of mosques, a Muslim registry and the Muslim ban, Trump also claimed, “I think Islam hates us.”

Following his ascension to the Oval Office, Trump signed executive orders banning immigrants from seven Muslim-majority countries. Indeed, Muslim American advocacy groups claimed that anti-Muslim hate crimes surged immediately following the Muslim ban’s implementation. What is more, according to a 2018 report from South Asian Americans Leading Together, one in five perpetrators of hate violence incidents against Arab Americans and Asian Americans have cited President Trump, a Trump policy or a Trump campaign slogan.

While promising and delivering institutionalized Islamophobia, Trump also continued to employ divisive rhetoric and politics that dehumanized and debased Latinx and African immigrants. For instance, he repeatedly used the word “animal” to describe those crossing the southern border and accused immigrants of committing crimes and being gang members.

Again, such volatile language was not without consequence. Trump’s xenophobia—including calling Latino immigrants “invaders” who are “infesting our country”—emboldened perpetrators of hate-motivated violence against these communities. In what has emerged as a broad national trend, his supporters often explicitly referenced him during criminal attacks. Representative is a 2017 assault against an undocumented immigrant in Michigan where two male assailants told the victim, “Trump doesn’t like you” and stapled a note to the victim’s stomach that read, “Go back to Mexico, wetback.”

Moreover, during a political rally in 2019, Trump asked his audience how they would stop migrants from entering this country. When a supporter responded, “Shoot them,” Trump grinned, nodded and failed to offer any appropriate corrective. For many in the Latinx community, the El Paso mass shooting targeting “Mexicans” a few months later was a natural progression from inflammatory speech to xenophobic violence. The El Paso attack left 22 dead, including eight Mexicans.

To be sure, members of other historically marginalized groups have been similarly impacted. Specifically, Jewish Americans have experienced a number of tragic attacks. In 2018, for instance, in what is regarded as the worst anti-Semitic attack on American soil, a shooter espousing white nationalist ideology killed 11 worshipers at the Tree of Life synagogue in Pittsburgh. Notably, the attacker was a white supremacist who believed that white-majority nations are being turned into white-minority countries via immigration. White genocide theorists such as the Tree of Life attacker believe that Jews are orchestrating this onslaught of immigration.

More recently, in the context of a global pandemic, the Asian American community has seen a surge in hate crimes. After Trump referred to the coronavirus the “Chinese virus,” the “kung flu” and the “Wuhan virus,” there were more than 2,800 reported incidents of violence, harassment or discrimination between March and December 2020.

To be sure, these attacks are part of a much broader pattern of hate-motivated violence against historically marginalized groups. According to the most recent FBI Hate Crimes Statistics Report, for instance, hate crimes involving physical violence—e.g., intimidation, assault and homicide—has reached a 16-year high. What is more, religious, racial and ethnic minority groups are experiencing disproportionate levels of violence. Many of the impacted communities—such as the Latinx, Black, Jewish, Asian and Muslim communities—attribute this increased violence to Trump’s inflammatory political rhetoric and discriminatory policies.

While the majority of Americans voted Trump out of office last November, the threat of hate-motivated violence persists. According to a recent bulletin from the National Counterterrorism Center and the Justice and Homeland Security Departments, anti-government militias and racist extremists “very likely pose the greatest domestic terrorism threats in 2021.” Significantly, violent extremist “targets, includ[e] racial, ethnic or religious minorities and institutions, law enforcement and government officials and buildings.” Arguably, the increasingly violent hate crimes about which marginalized communities complained for years have given rise to conflict and violence on a wider scale.

Against this social, political and racial background, in December 2020, the ABA Section of Civil Rights and Social Justice Rights of Immigrants Committee, in strategic partnership with the German Marshall Fund of the United States, convened an interdisciplinary group of experts to discuss possible responses as part of a larger Social Justice Policy Summit. That virtual session culminated in a slate of recommendations.

Hate crime statutes must be applied whenever applicable to penalize offenders and offer justice for victims while deterring others from pursuing similar recourse. To that end, bar associations should coordinate related continuing legal education programming to enhance the prosecution and adjudication of hate crime cases while ensuring the motives of those convicted are acknowledged.

Enact the Jabara-Heyer No Hate Act

To address persistent deficiencies in hate crimes data collection while ensuring crime prevention, Congress should enact the No Hate Act. The bill incentivizes reporting with federal grants. For instance, these grants support the creation of hotlines where victims can report bias incidents; the development of state and local policies regarding the identification, investigation and reporting of hate crimes; coordination of educational forums on the impact of hate crimes and services available to victims; and the adoption of standardized system of collecting, analyzing and reporting the incidence of hate crime for local and state governments.

Hate crimes are notoriously underreported both to and by police departments. Arguably, officers who view impacted communities in stereotyped terms (e.g., suspect, violent, inferior) may be unable or unwilling to effectively investigate bias incidents as such. Similarly, communities with compromised relationships with police—due to histories of abuse, mistreatment and brutality—may be unable or unwilling to trust officers with such sensitive information. To this end, police departments should actively screen applicants for explicit biases while offering annual implicit bias trainings to make officers aware of unconscious biases that inform their perceptions of the communities they are required to serve and protect.

While the First Amendment protects speech from government regulation, it does not require that private companies provide an unfettered platform for bigots to spread bias and prejudice against historically marginalized communities. These individuals take advantage of social media platforms, scaling and spreading their messages widely. While some social media platforms already have clear terms of service prohibiting hate speech, not all platforms presently moderate user posts effectively or at all. As such, all social media companies should actively work to curb the overwhelming harassment, intimidation and hate speech on their platforms that frequently culminate in real world violence against African Americans, Latinos, Jewish Americans, Muslims and Asian Americans.