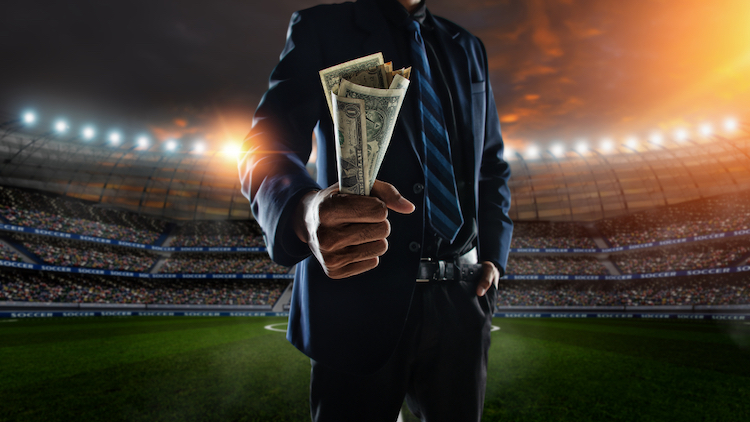 The National Football League just kicked off its new season. The opening week’s games were played against a backdrop of widespread legalized sports wagering. The Wall Street Journal recently reported that the activity, which is permissible in 32 states and the District of Columbia, is poised to generate revenue of about $4 billion in the U.S. this year.

That sports gambling is now on the up and up is owed to the U.S. Supreme Court’s 2018 Murphy v. National Collegiate Athletic Association decision striking down a federal law that, with limited exceptions, prohibited state-sponsored sports betting.

But even when bettors and bookies operated on the wrong side of the line, they sometimes sought out the rule of law. When needing to resolve a dispute over a bet, some aggrieved participants filed lawsuits. And despite the quarrel being over a crooked transaction, judges turned to legal principles to level the playing field.

In 1945, Horace Estes, a resident of Clark County, Arkansas, received a tip by telegram to bet on a horse named Ankylos. Unfortunately, the communication arrived after the race had been run. Ankylos won. Estes claimed that if the tip had arrived in time, his winnings would have been over $1,100.

Unable the pay the source of the tip his share, Estes sued Western Union. The Arkansas Supreme Court held in Western Union v. Estes (1948) that the telegram company was not liable for negligence in the delivery of a telegram because it related to a gambling transaction.

Hyman Gumer claimed to have lost nearly $17,000 betting on the ponies throughout 1952. His father filed suit against the bookie, seeking the return of his son’s money. The action was brought under a Kentucky statute designed to discourage wagering that allowed the loser of a bet to recover the amount paid to the winner.

The Kentucky appeals court in Gumer v. Sailor (1956) affirmed the lower court’s decision to limit recovery to $35.65. Both courts concluded that Gumer had made bets and lost, but they were unimpressed with the method used by Gumer to prove that the losses were as extensive as he claimed.

His long shot approach took him to a library where he reviewed the daily race results in newspapers stored on microfilm. When Gumer saw a horse’s name he recognized as one he had supposedly wagered on, he then claimed to remember the amount of his bet. But he ran into a problem when only one bet on his list matched the bookmaker’s records. It got worse for the beleaguered bettor: He claimed to have lost money on the nonexistent day of Feb. 31 as well as on a Sunday, when all tracks were closed.

The Kentucky law that Hyman Gumer turned to for help dates back to 1852. It’s still on the books; in fact, it was front and center before the commonwealth’s top court in December.

In Commonwealth ex. rel. Brown v. Stars Interactive Holdings (2020), the court concluded that the state of Kentucky had standing under the statute to seek recovery of losses sustained by its citizens playing online poker. Kentuckians lost nearly $300 million doing so between 2005 and 2010. The court opined that the state’s citizens are harmed by the impact of illegal gambling, as is the government, which spends money to address gambling’s societal harms.

In another case involving a state law that allowed for the return of wagering losses, the Connecticut high court in Macchio v. Breunig (1939) addressed how to calculate the amount of the loss.

A bookmaker argued that the gambler should be entitled to recover only the amount of his losses that exceeded his winnings—in other words, net losses. But the court concluded that there was no right to a setoff. Disallowing such credit, the court opined, was consistent with the purpose of the Connecticut law that declared gambling illegal.

The Pennsylvania Supreme Court in Pennsylvania Publications, Inc. v. Pennsylvania Public Utility Commission (1944) addressed whether Bell Telephone was wrong to have denied phone and teletypewriter service to Abraham Plotkin, who produced a “scratch sheet,” a publication containing a variety of information about horse races throughout the country.

The commonwealth’s top court noted that it was “not so gullible” as to not recognize that Plotkin’s business aided bookmakers. However, that was not its only potential purpose: “Betting is not a necessary concomitant of horse racing,” the court observed. “It is a well-known fact that many lovers of horses never place a bet on the result of a race.” Therefore, the phone company, by believing that Plotkin had been engaged in an illegal business, discriminated against him in its denial of service.

The Supreme Court of Oregon righted a wrong when a gambler was denied the return of a $560 wager on a foot race after learning that it was to be fixed.

While the court in Bernard v. Taylor (1893) concluded that gambling in the state was impermissible, it nonetheless ordered the return of the bet since the gambler had demanded to withdraw his bet before the race had been run. As the court saw it, it was not being asked to enforce an illegal agreement, something it could not do; rather, it was using its permissible power to repudiate a bet.

“By allowing the party to withdraw,” the court concluded, “the contemplated wrong is arrested and not consummated. This the law encourages, and no obstacle should be thrown in the way of his repentance.”

With sports gambling now out of the shadows, disputes may arise as money changes hands. And lawyers, no doubt, will file complaints crying foul—the law’s version of throwing a red challenge flag.