Stoicism and the legal profession: Refraining from being quarrelsome 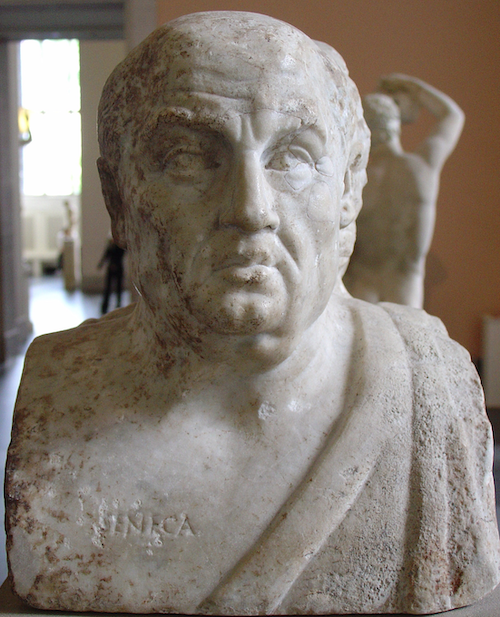 I graduated from the University of Oklahoma with a degree in philosophy, focusing on the East Asian and ancient varieties. I loved my course studies, and I’ve stayed engaged in the art of self-examination, to a certain degree, ever since.

I was immediately drawn to Seneca the Younger. He was not only an influential statesman but also a well-reasoned practitioner of stoicism. In fact, after reading his Letters from a Stoic as a class assignment, I borrowed one of his quotes and inked it into my skin. “To have may be taken from us, to have had, never” has adorned my upper back for the last 20 years or so (I can already hear the “Prove it!” chants from the crowd).

Seneca was my first introduction to stoicism, and the practice has stayed with me ever since. I began to further my study by reading the Meditations of Marcus Aurelius, who was perhaps the best example of what Plato referred to as the “philosopher king.” My discovery of the Meditations was via The Emperor’s Handbook, a relatively new translation I found. I still have the highlighted, dog-eared text in my office, and I encourage any attorney, business owner, supervisor or person in general to give it a read.

About a year ago, a friend (and fellow attorney) gifted me a book: The Obstacle Is the Way, by Ryan Holiday. I dug into the text, and I thought it keen—so much so that after reading the book, I decided to look more into the author.

Upon further examination, I learned that Holiday has a podcast called The Daily Stoic. Since launching in 2018, the podcast has amassed over 50 million downloads. I began going through recent episodes until I found myself in the back catalog. I’m still making my way through older episodes, but I’m more focused on staying up to date. After all, The Daily Stoic has become a part of my morning routine, and I value listening to the meditations as I stretch and try to prepare my mind and body for the day ahead.

Holiday offers short-form daily meditations focusing on the four basic tenets of stoicism: courage, virtue, justice and temperance. He balances those orations with interviews of various public figures, including world-class athletes, authors, entrepreneurs, experts in their fields of study and contemporary philosophers.

My favorite aspect of the podcast is the introduction it offers to other great Stoics thinkers. As I mentioned, before delving into Holiday’s archives, I was familiar only with Seneca and Marcus Aurelius. However, I’ve now grown to appreciate scholars such as Zeno of Citium (the founder of stoicism), Cleanthes, Cato the Younger, Epictetus and others.

Speaking of Epictetus, a few weeks ago, I was listening to episode 182 of the The Daily Stoic podcast. Holiday was discussing a quote attributed to the ancient philosopher. I couldn’t help but think how its tenets apply to everyday life and the practice of law specifically. 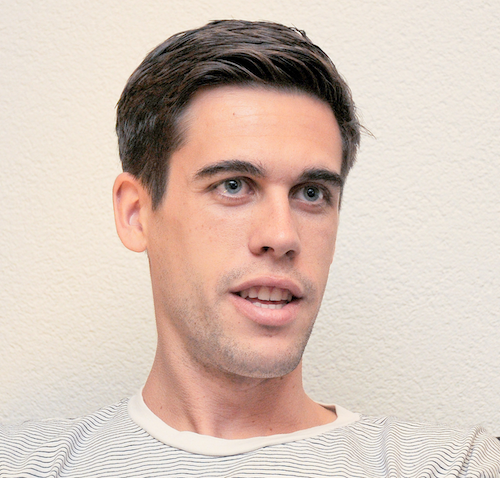 In episode 182 of his podcast, Holiday discusses Epictetus’ Discourses 4.5.1, 7b-8a and reads:

“The beautiful and good person neither fights with anyone nor, as much as they are able, permits others to fight. This is the meaning of getting an education: Learning what is your own affair and what is not. If a person carries themselves so, where is there any room for fighting?”

The primary point of discussion, then, is the idea of “learning what is your own affair and what is not.” And that makes sense.

One of the foremost goals of stoicism is distinguishing between what is within one’s control and what is not. As such, the end logically follows the means. Because so much of what humans argue and fight over is differences in their respective beliefs and thought processes, we have a better chance at abstaining from fights and quarrels if we accept that, as Holiday puts it, “You can’t reason a person out of a position they didn’t reason themselves into.”

You can’t control others. You can only control your reactions to them.

In the passage at issue, Epictetus mentions Socrates and his habit of questioning others’ beliefs and positions without quarreling. Through his “Socratic method”—with which we are all, no doubt, familiar—Socrates was able to focus on what he did not know instead of yelling about what he did. The people of Athens became so upset with his questioning that they sentenced him to death. Socrates, on the other hand, never seemed to lose his cool.

In a nutshell, he wasn’t necessarily worried about winning the argument. But as attorneys, how do we balance the ability to refrain from quarreling with others—particularly opposing counsel—against the obligation to zealously represent our clients?

If we are all honest with ourselves, every attorney—no matter how long they’ve been practicing—remembers their lack of objectivity when they first began representing clients. I know I do. In the infancy of my legal career, every battle was a war. There was no middle ground, and I fought tooth and nail regardless of the dispute’s magnitude. I hadn’t learned yet that you have to pick your battles just like in any other facet of life. If you contest every little argument, you often cut off your nose to spite your face.

In fact, the more seasoned I became, the more I realized that sometimes conceding a minor issue lends more credibility to your arguments regarding the major ones. Not only does this hold water with judges, but it also can aid your reputation with your adversaries (whether to even care about your reputation—in the context of stoicism—is another discussion altogether).

During the episode, Holiday quotes the author Robert Greene: “Always say less than necessary.” It’s great advice when advocating before a fact-finder, especially one in a black robe. Judges, after all, spend the majority of their day, every day, listening to people say too much. Perhaps it’s a pro se litigant arguing to continue their court date because they still haven’t hired counsel. Maybe it’s an attorney who can’t read the room and fails to realize the judge has already made up their mind with regard to the specific motion or proposition at hand. Nevertheless, sometimes it’s better to listen than speak.

A good advocate must know when to beat the drum and when to let someone else make the noise. Picking your positions carefully and conceding your lesser points builds rapport. More important, it builds trust that when you do decide to speak at length, there is good reason.

Thus, your audience will hopefully be more inclined to listen.

And as I mentioned, this same strategy can come in handy when negotiating with opposing counsel. Everyone knows the zealot who cannot help but argue every single point of contention. But that habit casts one as “the boy who cried wolf.” If your opposition knows you have a reputation for bickering every inconsequential contention to the death, they won’t be able to sense your genuine passion and insistence regarding the indispensable aspects of your case.

In the end, your decision to refrain from quarreling and trying to win every little argument helps you focus your attention on listening instead of speaking. As a result, your audience will usually be more apt to attend when you do go for the gut. Consequently, refraining from being quarrelsome often helps our clients more than it hurts them.