4 ways to work toward an anti-racist allyship 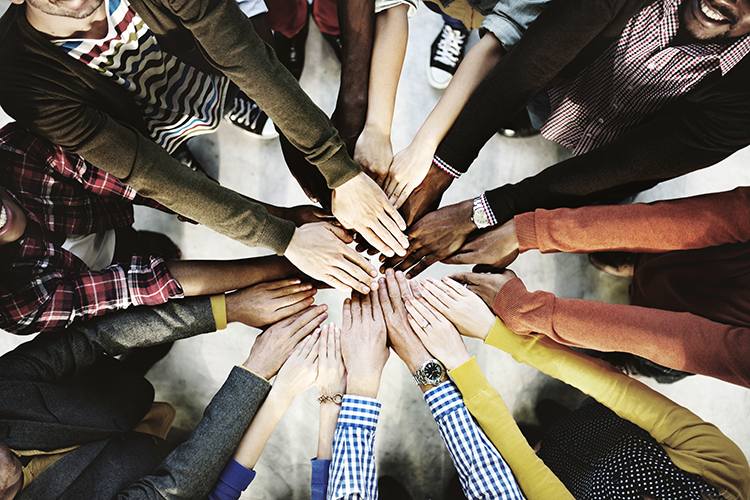 Over the course of the last four years, the Trump administration’s policies, practices and rhetoric not only laid bare the deleterious effects of racism, xenophobia and related intolerance, but it also revealed the manner in which ideologies of oppression—anti-Black racism, anti-Semitism, Islamophobia, xenophobia and anti-Asian racism—may also overlap, intersect and interlock.

For example, what was initially understood as a Muslim travel ban eventually evolved into an African travel ban. The 2018 attack on the Tree of Life synagogue in Pittsburgh by a white supremacist who killed 11 congregants and injured six others showed how anti-Semitism and Islamophobia intersected in the mind of the alleged killer who posted xenophobic screeds about both Jews and Muslims. Notably, the attacker believed that white-majority nations are being turned into white-minority countries via immigration.

And when former President Donald Trump scapegoated Asians—and particularly the Chinese population—for the coronavirus, the precedent for his inflammatory rhetoric and the subsequent surge in hate crimes was already established.

As early as 2015, Trump ran a campaign dehumanizing Latinos and Muslim Americans. Upon announcing his run for president, Trump described Mexican immigrants as “rapists” bringing drugs and crime into the U.S. His initial presidential campaign was equally Islamophobic. In addition to calling for mosque closures, a Muslim registry and the Muslim ban, Trump also falsely claimed, “I think Islam hates us.”

As such, at least one lesson to be learned: An attack on one community’s civil rights is arguably an assault on all. Indeed, in the struggle against racism, xenophobia and related intolerance, we should avoid false divisions such as white people versus black people, Jews versus Muslims and minority groups versus the majority population. Rather, all should work together to root out anti-Black racism, anti-Semitism, Islamophobia, xenophobia, anti-Asian racism and other forms of bigotry. Any group experience with discrimination sets a negative precedent and threatens equality for everyone.

In December, the ABA Section of Civil Rights and Social Justice Rights of Immigrants Committee, in strategic partnership with the German Marshall Fund of the United States, hosted a two-day Social Justice Policy Summit that explored, among myriad subjects, best practices for individuals, communities and institutions to serve as effective anti-racist allies. The interdisciplinary group of experts shared recommendations to ensure a better tomorrow for all. They include:

You cannot be an anti-racist ally until you subscribe to anti-racism. Being anti-racist means moving beyond the “not racist” defense and, rather, advancing intentionally anti-racist beliefs and positions.

If you consider yourself “not racist” but believe that prohibiting immigration from Muslim majority countries is an effective counterterrorism tactic, you need to learn that right wing extremists and white supremacists have killed more Americans in terrorist plots than any foreign threat since 2002.

If you consider yourself “not racist” but believe that professional team names such as the Washington Redskins and Cleveland Indians are acceptable, you need to learn about stereotyped imagery of Native Americans. In other words, each of us must recognize the multidimensional ways that racist ideas, traditions and practices are embedded in law, society, politics and culture—and then challenge it.

To be an effective anti-racist ally, learn about historically marginalized groups and their respective and sometimes intersecting challenges. For instance, to understand the relevance of Jewish history to our contemporary context, visit the United States Holocaust Memorial Museum. To contextualize the recent surge in anti-Asian violence and discrimination, view the PBS documentary Asian Americans detailing the group’s identity, contributions and experiences. To appreciate 400 years of Black life in America, visit the National Museum of African American History and Culture.

Moreover, the ABA Section of Civil Rights and Social Justice regularly sponsors events exploring racial and ethnic justice issues. Over the course of the last year, for instance, the section’s virtual programming has explored the legacy of the U.S. Supreme Court landmark decision in Brown v. Board of Education, the impact of systemic racism on environmental justice, racial disparities in vaccine distributions and the surge in increasingly violent hate crimes against members of marginalized communities, among other topics. Indeed, education—legal or otherwise—is a lifelong journey.

Again, being anti-racist means moving beyond the “not racist” defense. To be an effective anti-racist ally, commit to action that addresses myriad disparities and inequities. For instance, in professional and academic contexts, offer scholarships, internships and volunteer opportunities. In addition, recruit, mentor and train staff from historically marginalized communities. In the social and political spheres, participate in and/or provide financial support to social justice movements, from protests advancing racial equality to advocacy organizations fighting for civil rights to diverse candidates running for public office.

The rhetoric about diversity, equity and inclusion should mirror policies and practices that value members of all historically marginalized communities. Admit you need to improve. Then, publish your institution’s diversity and inclusion data online. Publicly commit to improving on those figures.

Be an anti-racist ally.

What does it take to retain female lawyers in criminal justice? ABA task force has some ideas