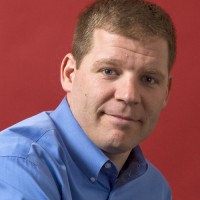 There is something you probably don’t know about Mike Leach. He toiled through law school and has a law degree. Then he did what very few law grads do—Mike Leach struck out to coach college football.

I was invited to speak at a conference in Texas on the Lessons and Benefits of New Models of Legal Practice. I was looking for a hook to capture and keep the audience’s attention. A few days before the conference, I read a well-written article by Dave Boling about Coach Leach and the fun and excitement that was in store for Washington State University and its fans, where Coach Leach was recently hired. As I continued to prepare my thoughts about how the practice of law is transforming, I saw connections between our firm’s experience and Coach Leach’s approach to changing the college football landscape. Cue the SportsCenter theme; here are the top five highlights from Coach Leach (courtesy of Boling’s article):

5. Persistence pays. In seeking out his next coaching job (at this time Coach Leach was coaching football in Finland), Mike Leach focused on the new head football coach at Iowa Wesleyan, Hal Mumme. Coach Leach called Mumme almost nightly trying to convince Mumme to hire him as part of his coaching staff. After a month of these nightly chats with Mike Leach, his persistence paid off when Coach Mumme hired Leach to join his coaching staff at Iowa Wesleyan.

4. Rethink the big stuff. At Iowa Wesleyan, the coaches “submerged into a think-tank of offensive scheming, with the foundation rooted in LaVell Edwards’ offense at BYU. Although Leach hadn’t played as an undergrad at BYU, he’d studied Edwards’ scheme. But from there, Mumme and Leach started breaking rules, challenging convention, and rethinking even the structural architecture of the game.” (emphasis added) From this, the Air Raid offense (spread the field and throw the ball 50-plus times a game) was born.

3. Be efficient and unique. Coach Leach: “The biggest thing is to try and figure out how to build a better mouse trap and be as efficient as you can. If you do exactly what everybody else does, that is exactly what you are, everybody else. If you want your results to be different, then being everybody else isn’t going to get that accomplished.” The two coaches took their Air Raid offense and moved up the coaching ranks to the Southeastern Conference, though to perennial (football) doormat the University of Kentucky Wildcats. The results were different: Kentucky beat Louisiana State University on the road for its first win over a ranked team in 21 years. Kentucky went on to beat the University of Alabama for the first time in 75 years!

1. Intellectual appetite needs feeding. “[Coach Leach] thinks like a coach and that’s what made him good at it …. But unlike so many of them, he doesn’t live this myopic life of Xs and Os. He’s so well-rounded. He might be reading a book about Geronimo, or spending a couple weeks with a Hollywood producer seeing how movies are made. He is always trying to feed his intellectual appetite,” broadcaster Jack Arute said of the coach. If you aren’t familiar with Coach Leach using pirates to inspire his players, read this.

Coach Mumme summed up the success of the Air Raid offense with the following observations: “Right now, every other college team you see is similar to what we do. But back then, everybody thought we were crazy.”

Couldn’t the same be said about the U.S. legal market and its progression over the last 15 or 20 years? Practices once considered risky or crazy are so mainstream today that they have their own buzzwords (think spread offense): alternative fee arrangements, legal process outsourcing.

When Summit Law Group first opened its doors in 1997, the “smart money” said that Summit founders were crazy to be leaving a well-established, national law firm like Heller Ehrman. And for what? To start a much smaller firm focused on client service, where clients paid what they thought was appropriate for the legal services provided to them.

But Summit forged its own path more than 15 years ago:

1) Aligning its interests with client interests through risk-based fee arrangements;

2) Cutting overhead by focusing on efficiencies and getting rid of the expensive leases and costly artwork; and

3) Teaming up with others outside the firm who could provide better expertise or more efficient services to clients.

As law firms, LPOs, in-house lawyers, and clients continue to strive to improve the means and manner in which they service their clients’ needs, the principles that Coach Leach used to innovate college football offenses are wholly relevant to the legal evolution.

J. Chad Mitchell is a member of Summit Law Group and serves on its executive board. He handles complex commercial disputes and environmental matters, both domestic and foreign, including matters in England, Germany, Russia, Canada and Taiwan. Chad enjoys coaching his kids in football, lacrosse and basketball, and can’t wait for his Brigham Young University Cougars to host Mike Leach’s Washington State University Cougars to kick off this year’s college football season on Aug. 30.