One of us (Paul) had the opportunity last week to speak to Richard Susskind’s conference in Scotland on the future of law, enjoying one of the great expressions from Richard: “Most clients would rather have a guardrail at the top of the hill rather than an ambulance at the bottom.” While that’s undoubtedly true of clients, the professional culture in law (and other fields) tends to value the “brain surgeon” work responding to crises more than the civil engineer (or worse, “commodity”) work that simply prevents calamity.

The other of us (Jeremy) has had a series of conversations over the years with many leading attorneys who represented top management in large organizations. A common lament has historically been: “The hardest part of my job … is getting clients to include us in the early stages of a project so we could plan to keep things moving forward, rather than hearing from management only after bad decisions had been made.” Given law schools’ traditional classroom orientation to “causes of action” rather than problem prevention, it’s understandable that many lawyers found themselves waiting by the ambulance rather than at the top of the hill. 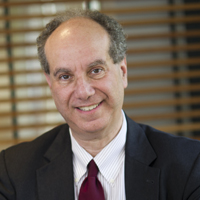 Part of the problem may be language. The very word “compliance” suggests predictable conformity, not the spark of imagination that we all like to think of ourselves as possessing.

To give compliance the central role it deserves, we need to consider the nature of modern organizations and the complex ways they interact with law. Another of the UK world’s leading legal lights is Philip Wood, QC, Allen Overy’s special global counsel, head of its legal intelligence unit, and banking law professor at Oxford and Cambridge. Wood (and A&O) has just published a superb paper entitled “International Legal Risks for Banks and Corporates.” Wood describes how legal complexity is growing faster than gross domestic product, using the total number of pages of statutes and regulations as an indicator of complexity.

According to Wood, “There has been a massive increase in legal risk for banks and corporations over recent years. This increase results mainly from 1) the intensification of regulatory regimes (of which there are nearly 30), 2) the fact that nearly all of the world’s 320 jurisdictions are now part of the world economy, 3) the increase in volatility of the law, 4) the tiering or layering of domestic legal systems, 5) the disparity in many countries between the written law and how it is applied, and 6) extraterritorial legal regimes.”

Simply put, there’s way too much complexity in law for the reactive model to work, and “brain surgeon” lawyering will rarely achieve the broad social and commercial purposes of law. At the same time, top management theorists ranging from Gary Hamel at Harvard to Boston Consulting Group are calling on companies to simplify themselves and distribute decision-making authority to avoid drowning in complexity, and they often cite lawyers as a source of bureaucratization. Even banking chiefs such as Jamie Dimon of JPMorgan Chase have pointed out (like Wood) that a risk of creating multiple regulatory authorities is that regulators may inadvertently take inconsistent positions, even within one jurisdiction such as the United States. Can lawyers help companies manage risks and improve ethics without stifling innovation?

We think the answer is yes, and have partnered to create integrated teams of people, process and technology to enable compliance without stifling innovation. Yet as we travel around the country spreading word about our exciting partnership that introduces new lawyers to the field of compliance, as well as to contract drafting, we are puzzled by a nagging concern.

Sure, Legal On-Ramp and law schools, including Northeastern, are partnering to create ways to save clients time and resources, but aren’t we devaluing legal work by pushing legal concerns down into the nitty-gritty of the organization? The short answer is no. Lawyers who ensure that organizations structure daily operations to address compliance concerns are doing work of the highest value and helping all of us to live in a society where the rule of law is practiced, not simply preached about.

As a result of this new organizational reality, we now see the best companies embracing compliance, investing heavily in building organizations that spend money early to stay on the right side of the law rather than wasting money later having to clean up messes. The intellectual challenge of creating internal structures that encourage legal compliance should be prized as an exciting form of 21st-century lawyering.

Our embrace of compliance as an exciting field should find resonance throughout many sections of the legal academy. Since the days of legal realism, leading scholars have emphasized that law on the ground often differs from the law on the books. Lawyers now devoting time to building compliance structures are simply taking this scholarly message into the field.

For example, the Dodd-Frank Act and other forms of recent financial regulation focus on the need for “living wills” and the ability to “resolve” a financial institution quickly if its assets lose too much value. The Lehman Brothers bankruptcy, which by conventional legal standards was “brain surgeon” work, consumed more than $2 billion in legal fees and dragged on for years, dragging down the economy with it—talk about a situation where guardrails would have been better! Now with Dodd-Frank, a bank properly managing complexity should have a rich database of all its agreements so that it can be quickly resolved. Is that “commodity” work or higher-order brain surgery? It’s just good commercial and risk management practice, and takes a very sophisticated team to architect and implement.

Tony Kronman of Yale has written about the role of lawyers as trusted “statesmen.” To fulfill that role in today’s highly complex organizations, lawyers must understand end-end processes of the company, the roles and incentives of individual actors, the state of legal and commercial information, and the areas of possible failure. Unlike traditional legal work and training, which emphasizes the creation of a retrospective “narrative” of good and bad actors, the modern approach creates the narrative through systems.

Neither Perry Mason nor Alicia Florick chose law school to tackle compliance. But in a world of increasing complexity, building guardrails is among the most important and challenging tasks for lawyers.

Paul Lippe is the CEO of the Legal OnRamp, a Silicon Valley-based initiative founded in cooperation with Cisco Systems to improve legal quality and efficiency through collaboration, automation and process re-engineering. Jeremy Paul is dean of Northeastern University School of Law and teaches constitutional law, property and jurisprudence.