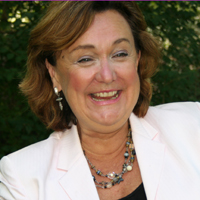 Sometimes it takes an ethereal person to make us more grounded. Cheryl Conner, 56, who sees herself as a “change agent, visionary, lawyer and economist,” hopes to use age-old concepts to inspire new approaches to the law as applied to business and politics.


Sometimes it takes an ethereal person to make us more grounded. Cheryl Conner, 56, who sees herself as a “change agent, visionary, lawyer and economist,” hopes to use age-old concepts to inspire new approaches to the law as applied to business and politics.“I was actually on the faculty at the Kennedy School [of Government] at Harvard as an economist before I was a lawyer,” Conner says. “I was frustrated with economics that it didn’t take into context politics, and was frustrated with law that it didn’t take into context spirituality.”

A Buddhist, Conner has since learned how to apply that pacifist philosophy to the practice of law, particularly when she worked in the civil division of the U.S. attorney’s office in Boston handling bankruptcy and bank fraud.

“In the courtroom I always have my lover’s quarrel with the litigation,” Conner says. “So I always settled more cases than anyone else did. I believe it was from a position of power and not of weakness.”

In 1995 she left the federal prosecutor’s office to oversee the internship program at Suffolk University Law School in Boston and teach clinical seminars, including a course called “The Reflective Lawyer.”

“In that context I was teaching meditation, having them write journals, having them try to be better problem solvers,” Conner says. That led to speaking engagements across the country at various law schools, churches and town halls.

“I’m a holistic person, but I’m not just integrating spirituality,” Conner says. “Since the time I was a little girl, I questioned how everything fits together.”

Watch Conner describe how corporate governance would change if the legal profession were more holistic:

A holistic approach to law, as Conner sees it, concentrates on the whole client and the whole lawyer, not just the legal issue bringing them together.

“The way our legal system has developed, with a primary emphasis on being an adversarial system, … it sees that we are all separate and that we focus more on our intellectual sides or our technical or professional sides,” she says. “The holistic approach integrates all the other aspects of human experience that are always present when we are lawyering.”

Collaborative practice, in which lawyers work together to resolve an issue dividing clients; therapeutic courts that integrate psychology into the proceedings; and legal approaches incorporating spiritual and political perspectives all fit as holistic law.

Carole Wagan, director of Suffolk’s Center for Advanced Legal Studies, worked with Conner. “As far as I know, it was the first time in the country” such an approach had been taught at a law school, Wagan says. “She’s in the forefront of this movement. She continues to be—and thinks outside to make the profession different.”

Conner sees the need for change in the law, even changing the U.S. Constitution. “The law is what our last set of agreements was—about how human beings should operate together,” she says. “And we forget the law is just about what we’ve agreed upon, about how our relationships should be. Right now those relationships are still the dynamic. They are evolving.”

Conner left Suffolk Law in 2001 and moved to Vermont. Although she’s now returned to Massachusetts, she is teaching law to business students at Vermont’s Marlboro College in the school’s MBA in Sustainability program. She says business schools are more ready to accept the changes needed to prepare for a holistic life.

“I have to say I’ve seen more development in the world of business students than in the legal side of things. The business students understand that corporate America has failed and the international corporation has not adequately considered environmental concerns and economic justice and social responsibility,” she says. “I don’t see the same rigorous effort to change law schools.”

Conner’s sincerity and enthusiasm struck a chord with others who have gotten mired in the rules of law without taking into consideration why the laws were written. Her detractors, Conner says, tend to focus on the rules, whereas she tries to get people thinking about the bigger picture.

While in Vermont, Conner became even more in tune with the infinite and her past. Having studied classical piano as a teen, her training resurfaced while she was immersed in the stillness of the Green Mountain National Forest. And she was struck by what was happening to prisoners kept without trial at Guantanamo Bay and started reading the Declaration of Independence.

“When I read the Declaration of Independence, I started hearing music from the document, from the words,” she says, much the way other composers describe receiving music rather than writing it.

Conner started setting the Declaration of Independence to music, originally as an oratorio. But she wanted to modernize it so her children, a 23-year-old son and an 18-year-old daughter, would want to sing it. After much reworking, Conner says, the pop-rock piece was ready for recording “by members of the Tanglewood Festival Chorus and assorted friends” this past summer.

“I want to energize the spirit of the Declaration of Independence,” she says. “That’s part of what I’m doing. I feel so touched by this need to touch people’s hearts about politics, about the legal framework.”

Listen to the conclusion of Conner’s musical work based on the Declaration of Independence: