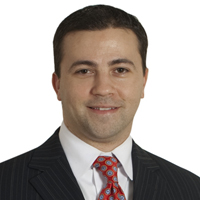 Christopher Marston graduated from Suffolk University Law School in Boston five years ago wanting to change the legal profession. A former CFO at JSA Technologies in Bedford, Mass., during the technology boom, Marston pursued a juris doctor and a graduate finance degree with the intention of attracting a business clientele.


Christopher Marston graduated from Suffolk University Law School in Boston five years ago wanting to change the legal profession. A former CFO at JSA Technologies in Bedford, Mass., during the technology boom, Marston pursued a juris doctor and a graduate finance degree with the intention of attracting a business clientele. He thought traditional law firms at the time were more interested in cost accounting via the billable hour than innovation. They lacked the appetite for calculated risks necessary to succeed in the corporate world.

“It’s one thing to say that one law firm sucks, but this seemed like an epidemic,” Marston says. “Every friend I knew in a large firm was living a miserable existence. They were giving up everything that is important to them. There was no work-life balance. They were trapped on the ‘hamster wheel of hell’ of the billable hour.”

Today, Marston, 33, is CEO and founder of Exemplar Law Partners, which bills itself as the first corporate law firm in the nation to exclusively adopt fixed-price billing. The Exemplar Cos. also include Revolve Inc.—a business law firm, venture capital organization and strategy consulting company focused on startups. He also runs a suite of blogs, including one named Inside the Firm of the Future.

Determined to do things differently after graduation, Marston spent the next six to eight months creating a business plan for his multidimensional firm of the future. He based his model on a startup company rather than a partnership or solo law practice.

“This was distinguishable from simply going solo because it wasn’t that I didn’t want to work for anyone else; I wanted to change the industry,” says Marston, who interviewed lawyers—from BigLaw attorneys to attendees at a Boston Bar Association new mothers luncheon—and asked what made them unhappy.

Business plan in hand, Marston recruited a team of seasoned management executives to help found his new company and posted ads in trade publications to seek lawyers who shared his vision.

“The top executives part was easy because businesses totally get why law practice needs a makeover,” says Marston. “It was the lawyers that were tougher,” he adds.

“The first group of attorneys knew this was going to be successful and wanted to get on the bus, but they couldn’t make it happen,” Marston says of the decision to part early on with some lawyers who didn’t grasp the corporate model of the firm.

“We are much more than just a law firm,” Marston says of Exemplar Law Partners, which also includes business consultants under the name Exemplar Business Group. “We are a professional services conglomerate in its early phases of development.”

Today, the 26-lawyer firm that targets national midmarket companies carefully screens the hundreds of resumés it receives each month for lawyer-candidates with business savvy and a commitment to innovation.

“In order to be a market leader in innovation, we have to stay five to 10 years ahead of everyone else,” Marston says.

The firm grows business organically from his clients at the Exemplar and Revolve companies as opposed to acquiring practice groups with large books of business, and it awards compensation on a merit basis. Though Marston would not disclose total revenue, he said income is in the millions and has “doubled every year since we started.” He expects 2009 revenues to show a 70 to 80 percent gain over 2008.

“We absolutely rejected the book-of-business model of building a firm,” says Marston, who also established Boston’s largest entrepreneurial organization, the nonprofit Revolve Nation, which feeds business to his growing companies.

“We’ve turned away 20 attorneys with $500,000-or-more books of business because all they wanted to do was control their own book,” Marston says. “We didn’t want that. We are a team-building firm.”

“We don’t count time. We are a timeless culture,” Marston says of the firm’s commitment to abandon hourly rates as well as time-tracking for its employees. “The only way to be profitable in business is to be profitable, not in six-minute increments or only at 30 percent [profit].

“We know how much work our professionals turn around each month; we know what value they provide, and we know what we are charging. We track it at a macro level rather than at a micro level. And they get paid for being effective and efficient.”

Client input and feedback is also a significant part of fee-setting and collection. The firm’s lawyers meet with clients to discuss strategy, budget and an array of options at the onset of each matter, Marston says. “We give them choices on how to solve the problem. Then we empower the client to choose what is best for them.”

“I’ve had conversations with some attorneys, talked for half an hour and gotten a $250,000 bill,” says Cathy Tabor, the founder of Fire-Professionals.com. Tabor says she chose Exemplar because she felt the company had greater Web savoir faire and a modern business approach as opposed to its competitors. “Chris is not an hourly lawyer. He’ll talk to me, he’ll e-mail me and I don’t see a bill unless I ask him to do something. That’s very refreshing.”

At the end of each engagement, the firm’s lawyers and clients (whom the firm calls customers) review the service charges together. If clients have reservations about the value they received, the firm adjusts the amount owed to reflect those concerns.

“Customers only pay for the value they received,” Marston says of the firm’s value-share policy. “There are also several instances where we’ve received value-share three to four times the original fee,” he adds. “This creates incentive to add more value and makes the customers feel more comfortable up front.”

Marston’s Inside the Firm of the Future Law Blog

See Marston talk about how his choice of law school helped his career. Video via YouTube.