Erica Moeser: A Bar for All 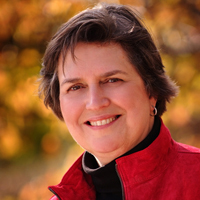 Capture the energy of a border collie—that intelligent working breed known for nipping at cattle heels, almost pulling the herd ahead with an invisible string—and you’d get a sense of the spirit of Erica Moeser.


Capture the energy of a border collie—that intelligent working breed known for nipping at cattle heels, almost pulling the herd ahead with an invisible string—and you’d get a sense of the spirit of Erica Moeser.But her “herd” is a tough-to-direct bunch: She’s out to move the legal profession into a uniform, nationally accepted bar examination.

It was once seen as a radical idea, but Moeser, president of the National Conference of Bar Examiners, expects that six to 10 states will use the uniform examination in 2010, probably during July. The test is made up of three parts:

Test results would be figured into a portable score that participating states would honor.

“The big advantage, and the logical one, is it’s putting law in the same position as every other profession you can name,” she says in regard to licensing. “And the fact is a lot of law, like the rules of evidence, is common. … That lends itself to this sort of testing.”

The NCBE, based in Madison, Wis., developed the test, but participating states decide the minimum passing score. And if examiners include a test portion on their state laws, other states would not include that in the portable score.

The time to act is now, Moeser says. She mentions globalization in the profession, as well as a terrible job market that leaves many students unable to tell what state they’ll be working in when it’s time to sign up for bar exams and prep courses.

“The idea was premature two decades ago,” Moeser says. “What we’ve discovered is the further we move into making this a reality, the more the sea is parting for us.”

“She senses when there’s been support to move ahead and when there isn’t enough support … and whether there’s a middle ground,” says Chief Justice Gerald W. VandeWalle of the North Dakota Supreme Court, a past chair of the ABA Section of Legal Education and Admissions to the Bar. “She can interpret a group that I belong to better than I can.”

Erica Moeser talks about why she’s been able to convince some states to seriously think about a uniform bar exam.

Still, it hasn’t always been easy. Lawyers who work in attorney licensing agencies can be a maligned group, and the egos of some academics and the judiciary present other challenges.

“I’ve seen her in front of audiences where members are antagonistic, and she doesn’t snap back,” says Mary Kay Kane, a former dean of the University of California’s Hastings College of the Law in San Francisco. “She respects the fact that people are snapping because they have a strong view, and she’s very good at not taking things personally.”

Kane is also a council member of the legal education section; and, like VandeWalle, she’s a member of the NCBE’s Special Committee on the Uniform Bar Examination.

When speaking about Moeser, Kane mentions her listening skills and how she uses others’ ears to help her. Moeser assembled a working group for the uniform bar, and as she spoke with different attorney regulation agencies, working group members were invited “not to lecture, but to listen,” Kane says. After the meetings, Moeser asked working group members what they thought of the agencies’ reactions rather than relying solely on her own assessment.

“Even those who are not sold on the idea—I’ve been absolutely delighted by their willingness to open up and have the conversation,” Moeser says.

Midwestern practicality also figures in with Moeser, though she grew up in New Orleans. She’s married to Dane County (Wis.) Circuit Judge Daniel R. Moeser. They have two sons who are both lawyers.

Moeser, 63, is a former director of the Board of Bar Examiners in Wisconsin (where the exam is waived for state law school graduates whose GPA in required courses meets a certain standard). She joined the NCBE in 1994 and started to think seriously about a uniform bar examination five years ago.

“There are some difficult nuts to crack,” she says, “but I never had any illusions that this could happen overnight.”