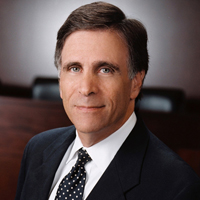 Even early in his law career, Evan R. Chesler came across as the go-to guy. Senior partners at Cravath, Swaine & Moore remember, when he was a junior litigation associate, that he was the one saving documents that disappeared in the teletype machine—even when the steno staff couldn’t. And today’s clients say he’s the first one they think of when faced with a complex legal problem.


Even early in his law career, Evan R. Chesler came across as the go-to guy. Senior partners at Cravath, Swaine & Moore remember, when he was a junior litigation associate, that he was the one saving documents that disappeared in the teletype machine—even when the steno staff couldn’t. And today’s clients say he’s the first one they think of when faced with a complex legal problem. If a client wants to take certain risks, Chesler won’t “promise a rosy picture” if he doesn’t see it, says Robert Joffe, who served as the firm’s presiding partner until 2007, when shareholders elected Chesler to that position.

“He’s very reliable,” Joffe says. “But for someone who’s so organized, he’s remarkably free of routine.”

One of Chesler’s recent thoughts involves alternative fee arrangements, without billable hours, for certain legal matters. While the idea of lawyers charging a flat fee is certainly not unique, for large law firms to do it—and talk about it—is.

Chesler wrote about the issue in the January issue of Forbes, under the provocative title “Kill the Billable Hour.” He argues the billing policy “made no sense” because if the lawyer does a great job and the case gets disposed of early, he or she makes less money, but cases that drag on make more. He proposes lawyers and clients identify periods of time during a lawsuit, flesh out client objectives and come up with a price that’s mutually agreed upon.

A recent Chesler kitchen remodel illustrated his point: The job at his Scarsdale home was done for a flat fee, and because the contractor finished three weeks early, Chesler paid him a bonus.

Chesler says he can’t quantify how many alternative billing arrangements Cravath or he personally have entered since the Forbes article, suggesting the number is likely low because the effort is new.

But he says nonbillable-hour arrangements work well with things like summary judgment appeals. The firm would have a good sense of how much time the appeal would take, and such an agreement would likely include a success fee.

Often brought in to turn around damaging rulings and verdicts, Chesler wouldn’t disclose his billing rate, but it’s been reported to be more than $800 an hour. Some general counsel say nonbillable-hour offerings could bring the firm clients who previously were priced out of Cravath representation.

“Unlike some firms, they were open to the concept,” says Thomas J. Meek, vice president, general counsel and secretary at Mineral Technologies in New York City. Meek’s previous employer, Alcoa, is a Chesler client, and they discussed an alternative fee arrangement on a matter that involves bankruptcy and antitrust.

Chesler, Meek says, gets a level of respect from nonlawyer executives that few others receive—so much so that some consult him for advice on nonlegal matters. And that advice is given in a straightforward way.

“He sits on top of one of the most successful law firms in the country, and he can talk to you almost like you’re a next-door neighbor,” says Meek. That trait works just as well with witnesses and juries as it does with judges and business executives, Meek says.

Chesler, 60, grew up in the Bronx (but don’t expect to hear it in his voice), and he was the first in his family to attend college. Always being prepared—those who know him well say Chesler makes that seem effortless—coupled with a rapid mind and reliability, played a large role in his ascent at one of New York’s most successful white-shoe firms.

The son of a shoe salesman, Chesler became a lawyer because when his father talked about world problems, he’d assure his children that “they” would fix everything. Wondering exactly who “they” were, the younger Chesler later determined the term described lawyers.

“Despite the fact that Evan is a consummate professional, he has an enormous heart,” says Donald J. Rosenberg, general counsel of Qualcomm in San Diego. “One of the things I’ve learned from him over the years is infinite patience,” adds Rosenberg, formerly GC at Apple and IBM.

Chesler, he says, does not interrupt people, no matter how much he disagrees with their position. “Then he will respond, taking apart point by point what you said. He has this incredible ability to retain things.”

Chesler starts his day in Scarsdale on the elliptical machine in his home gym, usually with BlackBerry in hand, reading memos or sending e-mails.

“If I don’t exercise for a few days in a row I feel tired and sluggish. And guilty,” says the man who taught Sunday school to help pay law school tuition. He’s in his Manhattan office by 9 a.m., usually leaving about 12 hours later. And besides managing the firm, he continues to litigate.

“Trying complex cases is very much a team effort; it has to be done in a coordinated, effective way,” he says. “Running a firm is very much the same thing.”