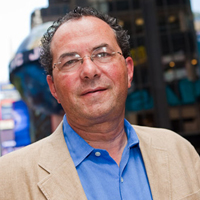 In what’s often seen as a secret society of high-powered wheelers and dealers, Wall Street lawyer Francis Aquila is pushing back the curtain, using mainstream and social media to invite everyone in.


In what’s often seen as a secret society of high-powered wheelers and dealers, Wall Street lawyer Francis Aquila is pushing back the curtain, using mainstream and social media to invite everyone in. He’s a prominent M&A partner at Sullivan & Cromwell, one of the nation’s most prestigious law firms, not to mention an American Lawyer “dealmaker of the year” for 2009. But Aquila, unlike many of his tight-lipped counterparts, frequently appears on CNBC, Bloomberg TV, Bloomberg Radio and the Fox Business Network to dissect complex negotiations for viewers and thoughtfully explain the effects to the financial world.

He publishes a monthly column in BusinessWeek, has written for the New York Times DealBook blog, and keeps up with clients, colleagues and even former grammar-school classmates on LinkedIn. His daily Internet reading list includes 10 major business or law publications. He also captivates his nearly 1,100 Twitter followers daily with insightful and sometimes humorous tweets as @FAquila.

“I’m a very social person,” says Aquila, 52, likening his use of Twitter to an avid TV watcher in the ’60s upgrading from black and white to a color set. “It’s just another extension of my personality.”

“I’m a great believer in the power of technology, and it’s one of the things as a profession we need to be talking about,” Aquila says. “However, when talking about media and technology, we are talking about something that isn’t fully accepted in the business community—which is why it’s a bit of an experiment. Like any pioneer, you plunge forward bravely and understand the risks.”

“The reputation among successful, powerful corporate attorneys is that they are aloof, but Frank can communicate complex issues in a way laypeople can understand,” Sullivan says. “There are more attorneys now approaching us to use media to explain their side of the story. The public are demanding more, and some lawyers, like Frank, are getting it done.”

For Aquila, speaking and writing about a single complex negotiation against the backdrop of current legal and financial events simply makes him a better lawyer.

“The process of writing an article allows you to think about the broader scope of the issues and allows you to articulate a better view or position on those issues,” he says.

“I think it’s good for the profession to be engaged in the issues and developments of the day,” Aquila says. “In a perfect world we wouldn’t need CLEs because everybody in the profession would be reading, writing and discussing developing topics on their own. But our profession is a microcosm of human nature, and some people are stuck in the narrow practice of the profession.”

With all his openness about his business, Aquila is very careful about sharing personal information. He does confess to being a foodie and former member of the President’s Council of the James Beard Foundation; a wine collector with a 3,000-bottle wine cellar; and a lifelong fan of New York sports teams—Mets, Jets, Knicks and Rangers over Yankees, Giants, Nets and Islanders.

Aquila’s easygoing, approachable and bigger-picture mindset is also evident in his interactions with clients and colleagues, a trait that boosts demand for his expertise as one of the nation’s top dealmakers. But don’t take easygoing for lackadaisical.

“He’s nocturnal,” says Michael Kneeland, CEO of United Rentals, recalling a time he left a casual phone message for Aquila while the lawyer was on vacation. “Ten minutes later, he’s on the phone,” Kneeland says. “I said, ‘I know where you are and I know what time it is there—you should be asleep!’ ”

Aquila responded that he wasn’t about to spend a week wondering what Kneeland might need.

“That’s something you would never get from someone else,” Kneeland says. “Especially from someone of Frank’s caliber.”

Watch Aquila discuss his presence on social and mainstream media:

As transactions and litigation grow more complex, so grows the need to bring together the right mix of skilled lawyers for each task. That often includes outside counsel, an arrangement many lawyers, especially on Wall Street, aren’t comfortable with, says David Scott, who has worked with Aquila for nearly two decades and is now general counsel at Amgen.

“For each deal you’ll have a virtual law firm assembled of people from your own firm, corporate legal departments and lawyers from the outside at other firms who bring the right skills to the party,” Scott says. “In a sense, Frank is very unusual. He’s been working that way for 20 years, which means he’s very well ahead of his contemporaries.”