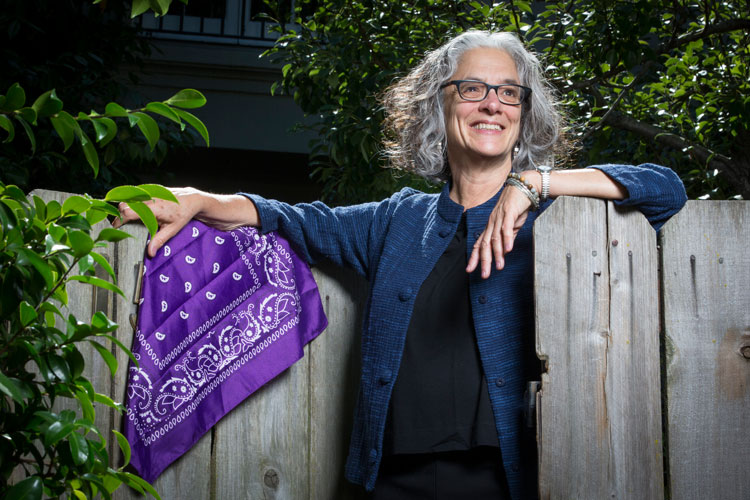 The word compliance is frequently used in legal matters related to the Americans with Disabilities Act. But Lainey Feingold says simply meeting the law’s standard is not enough.

“We have to go beyond compliance. It’s about integrating technology, web development and usability,” says the Berkeley, California, sole practitioner, whose work centers on digital accessibility for people who are blind. “When technology becomes a compliance issue, our creativity is lost, our enthusiasm is lost, and things get stuck in the law office.”

Rather than litigation, Feingold finds solutions through structured negotiation, a collaborative dispute resolution method. Businesses like it because the process is cheaper and often faster than litigation, she says. Also—because the settlement agreements always include extensive product testing, input and feedback by people who are blind—it works better for her clients.

“The accessibility issue really shouldn’t be in the law office,” says Feingold, 61. “Disabled people are often the established experts, but in a litigation setting no one will listen to a client with expertise.”

In the structured negotiations, Feingold frequently works with the plaintiffs civil-rights law firm Goldstein, Borgen, Dardarian & Ho, which is known for class actions brought against companies including Walmart, Denny’s and Oracle. Barry Goldstein, who’s now of counsel with the Oakland firm, brought Feingold in to work on a matter after a blind lawyer approached him about the lack of accessible ATMs. Linda M. Dardarian, a partner at the firm, works on many of the negotiations with Feingold.

“We thought we would have a good class action, but we also thought that the ATM technology was new, the ADA was new—so why don’t we try talking to these banks?” says Feingold, a former litigation director with the Disability Rights Education & Defense Fund in Berkeley.

“If we brought the issue to a judge, maybe the judge would say, ‘What the hell? Blind people shouldn’t go to an ATM.’ When you bring something to a magistrate, nobody has control. The good thing with structured negotiation is it allows all parties to work out a solution and retain control,” says Feingold, who also wrote a book on the topic, Structured Negotiation: A Winning Alternative to Lawsuits.

Feingold contacted Citibank in 1995, and a preliminary agreement was reached in 1999, with terms that included the ATMs being equipped with text-to-speech screen readers. The final agreement was entered in 2001.

Similar agreements regarding talking ATMs were reached with other financial institutions, including Bank of America and Wells Fargo. Those discussions led to structured negotiations that involved online banking accessibility, Feingold says.

She’s also done structured negotiations that involve point-of-sale devices at retail checkouts, with businesses such as Target, Dollar General and Trader Joe’s. In the mid-2000s, manufacturers started to make the devices with touch screens. If you wanted to use a debit card and couldn’t see the touch screen, Feingold says, you had to tell the cashier your PIN.

Previously, no major vendor produced integrated point-of-sale devices that included touch screens and keypads, Feingold says. Now, after agreements were reached, they all do.

If a business needs time to get resources together and systems in place, Feingold is understanding, according to Susan Mazrui, AT&T’s director of public policy. But when it’s an issue in which the business is unresponsive, the lawyer will respond accordingly.

“Because she is so kind and gentle, they don’t know she is brilliant and fierce,” says Mazrui, who worked with Feingold on accessible online credit reporting. “She will not back down if she knows that a company just doesn’t want to spend the money or doesn’t want to move.”

A Massachusetts native, Feingold visited Northern California in 1976 when she was a student at Hampshire College and liked it so much that she transferred to the University of California at Berkeley. In 1981, she graduated from the University of California’s Hastings College of the Law in San Francisco and began her legal career working for the Public Employment Relations Board in California.   At Berkeley, Feingold met her husband, Randy Shaw. Also a lawyer, he co-founded the Tenderloin Housing Clinic and works as its executive director. They have two daughters, who are both teachers in the San Francisco Unified School District.

For fun, Feingold says, she’s been spending time editing, marketing and speaking about her book. “Sounds kind of boring,” Feingold says. “But I’m so glad I’m doing it.”