Mandatory tech CLE: An idea whose time has come

One complaint. Out of 103,000 lawyers. One solitary complaint. The Florida Bar only received one formal objection to its proposal to add three hours to its MCLE requirements and reserve all three hours for technological competence.


Anecdotally, the number of informal complaints were just as prevalent—which is to say, nonexistent. Few things are as powerful as an idea whose time has come. The idea that the use of technology is fundamental to the delivery of legal services is now so self-evident that even the world’s foremost issue-spotters did not bat an eyelash. 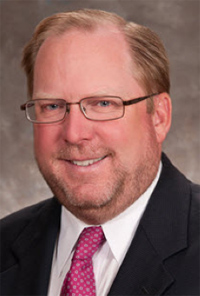 This is not a quiet bunch. When some members of the bar leadership identified the Uniform Bar Exam and reciprocity as topics worthy of exploration, the uproar was immediate and overwhelming. When invitations were extended to the likes of LegalZoom and Avvo to discuss their operations in the state—because, you know, they were operating whether the bar spoke to them or not—the cries of “appeasement” and the calls for impeachment were deafening. The Florida Bar is not short on fierce, persuasive advocates who make themselves heard when they see a potential change that might portend negative consequences for the profession. But when the Board of Governors proposed to the Florida Supreme Court a change that would undeniably have a direct impact on every active bar member: crickets. The case for technology competence is so incontrovertible that there was nothing to be said.

But technological competence is not just about satisfying narrow functional requirements, it is about meeting clients where they live. That Facebook is a leading cause of divorce is both unsurprising and important for the profession that handles divorce filings. For better or worse, an ever larger percentage of the population lives an ever larger percentage of their lives online. In less than 8,000 days, humanity has generated 60 trillion webpages—i.e., 10,000 pages per person alive. The denizens of our digital communities are not going to go to the effort to book a real-world flight or a hotel room that isn’t accessible through a website. They are not going to try a new-to-them restaurant that does not have positive user reviews. And they are not going to find, let alone use, a lawyer who is incapable of digital communication.

Just as there are still some people who are not online, there are some lawyers who still get by with a legal pad and a quill pen. Many will proudly proclaim their Luddism. Many of these proud contrarians are less than genuine. Watch them lose their minds like everyone else when the power goes out and their symbiotic relationship with their machines becomes all too apparent. But even the select few who have completely avoided the entanglements of the digital age are no less dependent. They just happen to be supported by an apparatus that handles the digital dirty work for them, which raises a key point.

Much attention has been paid to the amendment (PDF) to Comment 8 of ABA Model Rule 1.1 on Competence. And for good reason. 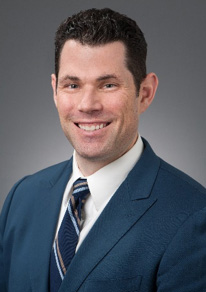 With the amendment (PDF) to its own Rule 4-1.1, Florida joined at least 24 other states in recognizing the role technology plays in the ethical duty of competence (though Florida’s proposed amendment goes further with respect to maintaining the confidentiality of electronic communications). But what often gets overlooked is the interplay between the ethical duty of competence and ethical rules governing delegation (5.1, 5.3). It is not just that lawyers themselves have to satisfy the duty of competence with respect to technology, they also have to ensure the same from those who do work on their behalf. Without having some level of literacy—which differs from possessing specific skills—they are incapable of providing proper oversight.

Hiring an admin or a millennial associate and leaving the tech to them is not sufficient. Because, as argued in a previous post, using technology well isn’t easy—for anyone. Technology is a bundle of learned skills, not an innate talent, even for the so-called digital natives. Using technology well takes work, which why technology is being added to The Florida Bar’s MCLE regime, not just our ethical rules.

Mere exposure is not enough. Repeatedly using technology incorrectly or going about electronic communication the wrong (i.e., insecure) way only engrains bad habits. Interrupting these patterns requires time for learning and deliberate practice. In short, education. Education that is so vital that it is worth mandating that lawyers set aside extra time from their busy schedules to participate. Education that is so vital that a committee imposes a new rule that will cause 103,000 professionals to spend an additional hour per year on the topic, and 102,999 respond: “That’s actually a pretty good idea.”

Updated at 10:07 a.m. to correctly state the number of members in the Florida Bar.

John Stewart is on the Florida Bar Board of Governors and was chair of the Technology Committee of Vision 2016. John is also a partner at Rossway Swan Tierney Barry Lacey & Oliver. Casey Flaherty is of counsel and director of client value at Haight Brown & Bonesteel and serves on the advisory board of Nextlaw Labs.