Michael Will: With the Program 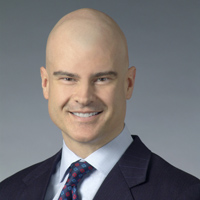 Michael Will probably wasn’t the first finance attorney to look at a derivatives security and think, “There’s got to be an easier way of doing this.” But he certainly is one of the first attorneys to actually try to find that easier way.


Michael Will probably wasn’t the first finance attorney to look at a derivatives security and think, “There’s got to be an easier way of doing this.” But he certainly is one of the first attorneys to actually try to find that easier way.In a chance hallway encounter in Allen & Overy’s London office, an information technology manager challenged Will to use a piece of development software. Will went home that night and then “didn’t sleep for six months. I did my regular job during the day and taught myself to program at night.”

Nearly a decade later, Will is the founder and chief technology officer for two Allen & Overy affiliates: Derivative Services, which opened in 2002, and docGenix, which opened in 2008. Derivative Services summarizes and delivers attorney analyses of legal opinions used in derivatives transactions. DocGenix takes that process a step further, relying on computers to analyze derivatives agreements, improve risk management and streamline the process for reviewing, updating and modifying derivatives agreements.

In a 21st-floor conference room in Allen & Overy’s Midtown Manhattan offices, Will, 44, smiles as he describes himself as a “reformed lawyer.” In his British accent, he says softly, “I never expected to experience something as exciting as creating new products.” He describes his role as bridging the worlds of law and technology. “I understand the technology and the domain in which we’ll be applying the technology,” he says.

He’s comfortable talking about the history of the over-the-counter derivatives markets as he reviews the concepts of “netting” and “collateral opinions” and discusses the intricacies of International Swaps and Derivatives Association master agreements, credit support agreements, and various amendment and transaction agreements. At the same time, he easily describes the evolution and application of the programming language he uses (GML to SGML to XML) and also knows that one of the inventors, Charles Goldfarb, is a lawyer.

And he’s likely the only attorney on the East Coast this particular day to flip open a white MacBook Pro laptop, say “This is the machine I program on,” and minutes later when a demonstration stalls murmur in frustration—“I’ll need to debug this later”—before getting it to work again.

Will was born in Cyprus, where his father served in the British military; he was educated in England and graduated from the University of London School of Law. He worked at Clifford Chance and Lloyd’s of London before joining the derivatives and structured finance group at Allen & Overy in 1998.

He began his programming experiment by examining ways to automate the attorney-review process for ISDA netting and collateral opinions, which are integral to determining the enforceability of the association’s master agreement and related credit support agreements. Netting opinions deal with the net result of the transaction between all its parties; collateral opinions establish rules for the taking of collateral. Will developed the technical architecture behind two products, Netalytics and CSAnalytics, which became the foundation for Derivative Services, which is used by approximately 65 percent of the world’s largest banks, he says.

“Mike is truly a visionary,” says Daniel P. Cunningham, who serves on the docGenix board, “in terms of the efficient delivery of legal services in an area where otherwise people are being paid a lot of money to do the same things over and over and over again.” Cunningham, formerly an A&O partner, joined Quinn Emanuel Urquhart Oliver & Hedges in July.

After establishing Derivative Services, Will started examining ways to make the master, credit support and amendment agreements more accessible. When derivatives agreements are modified, those changes must be made in all applicable documents, and it is not unusual for major dealers to have tens of thousands of agreements on file.

Will spent five years developing and testing the docGenix inSight program, which uses proprietary legal-data-sequencing technology to examine narrative and data elements in a contract, and applies proprietary algorithms to ensure the information is presented consistently and accurately. The program simplifies the process for updating documents and also allows attorneys to see all the agreements in context and with slight variations in the way elements are described.

Watch Will describe how the inSight program helps lawyers work better and faster:

“We had to design a set of rules that gave structure to the document,” Will says. “The computer analyzes the text—not the expression of a concept, but what the text actually means.”

While many institutions rely on spreadsheets that identify 40 to 100 data points, or track changes manually, Will says the inSight system “captures between 1,500 and 8,500 data points per agreement.” That portfolio transparency enables financial institutions to compare negotiation proposals to existing positions and to react quickly to economic turmoil, ratings downgrades and defaults.

“This kind of technology is going to alter the industry,” Will says. “So far, the impact of computers on law firms has been in billing, time recording and payments. But computers are going to come in and help lawyers negotiate agreements and do other aspects of their jobs better and easier.”

As Will sits forward in his chair, he reflects on the last nine years.

“I love the idea that this all started with a guy in IT tossing a piece of software to me,” he says. “I’m having the time of my life. Never in my wildest dreams did I think I’d have this opportunity. I never thought I’d have as much fun as this.”