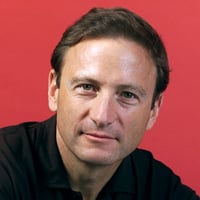 For 25 years, Seattle-based litigator Ralph Palumbo followed the unchanging path of success within BigLaw even as he guided his corporate clients through dramatic changes. He saw them embrace technology to increase efficiency and cut overhead costs.


For 25 years, Seattle-based litigator Ralph Palumbo followed the unchanging path of success within BigLaw even as he guided his corporate clients through dramatic changes. He saw them embrace technology to increase efficiency and cut overhead costs. Yet at his own firm, as well as many others, innovation was scarce. Pricing practices and firm organization, particularly the associate-to-partner track, remained stagnant.

“We were hiring the best and the brightest in law schools and treating them like children who needed lots of supervision and putting them through a five-to-six-year associate period of worrying every day about making partner,” says Palumbo, a former partner at now-defunct Heller Ehrman. “There was a tremendous amount of anxiety among unfocused associates—and wasted energy mismanaging them.”

Palumbo and other management committee members outlined a series of strategies to move their practices into the 21st century. However, many ideas were seen as too radical for the traditional firm to fully implement. It was at that point that a small of group of younger lawyers challenged Palumbo and the other principal authors of the strategy memos to act.

“They basically challenged us to show we were committed to the stuff we were throwing around,” Palumbo says. “We wanted to be more productive and make our people more efficient.”

The result is Summit Law Group, which Palumbo formed more than a decade ago with a group of 20 legal professionals, including many of the young partners who had pushed for action. They were ready to change the organizational structure, management practices and compensation of the lawyers and staff of a typical law firm.

“Most law firms are taking home 30 to 35 percent of the money they bring in, and that percentage seemed upside down to me,” says Palumbo, 62. “There seemed to be a way to have a profit margin closer to 60 percent of the fees collected. You can reduce the cost of legal services and improve the quality without cutting compensation.”

For Palumbo, that model included slashing the overhead costs of pricey real estate and nonlawyer personnel, and increasing productivity among existing lawyers and staff.

“In order for our services to be aligned with the goals of our clients, it has to be more than just cutting fees,” says founding member and CEO Polly McNeill. “The physicality and structure of the firm needs to change.”

To start, Palumbo moved his new firm away from central downtown Seattle and contracted an architect to design a different type of workplace space that more closely resembles a software company than Palumbo’s prior firm digs. Lawyers, legal assistants, paralegals and administrative staff occupy identical exterior offices, while the coveted corner spaces are reserved for 12 large conference rooms.

In lieu of a law library (as most research materials are accessible online), Summit boasts a large kitchen and reception area that includes a coffee and wine bar. “We wanted to create a space where people who didn’t practice together can gather in the morning to make lattés or in the evening for a glass of wine.” Storage space for necessary treatises has been built into the hallways near each practice group.

The firm’s 33 attorneys, who all have the title of member and who all make their own photocopies, are supported by 20 staffers; and everyone at the firm is encouraged to foster direct relationships with clients, who are called customers.

“Every person involved in customer service is important,” Palumbo says. “If you want to hire and retain great people, you need to pay them accordingly and give them a role in the firm. Some of the smartest people working for us didn’t go to law school, and their voice is heard in everything we do.”

Financial information, including quarterly budgets and cash flow statistics, is distributed firmwide, and support staff share in additional bonuses when the firm wins lucrative cases. Attorneys keep time sheets, but billing data is not circulated at the end of the year, which Palumbo says only encourages lawyers to hoard work and client relationships.

“Instead of trying to figure out who generated work and who is responsible for that work, we look at the top 20 customers and the lawyers who are important to those relationships,” Palumbo explains. “It’s a bad thing if I have a relationship with a customer with whom we did a large amount of business and I’m the only lawyer associated with that customer. It’s the lawyers who are associated with the largest amount of business and are building effective teams that should be at our highest compensation levels.”

Summit’s compensation for staff and attorneys is on par with top-tier Pacific Northwest law firms, Palumbo says. And overhead costs, which Palumbo defines as non-revenue-generating personnel, rent and normal operating costs, are below 40 percent of revenue.

The firm’s compensation team also asks each lawyer to submit a pay proposal for himself or herself and for every other lawyer at the firm based on the circulated performance data.

“It gives you a different perspective,” Palumbo says of the practice, which may be done anonymously. “Attorneys focus not only on themselves, but they realize there is a limited amount of money to reward people with every year.”

The firm’s attorneys aren’t the only ones with a say as to how money is spent. For each matter, Summit’s value-adjustment billing gives clients the power to adjust what they pay based on the value they receive. If they are unhappy with the bill in relation to the value of the work performed, they simply write a different amount on the bill.

“We are dead serious on value adjustment,” Palumbo says. “If you think you got better work than the proposed fee, reward us. And if you don’t, you write down the number that represents the value received.”

While Palumbo says no client has ever taken advantage of the firm—Summit has even received a $500,000 bonus—he does acknowledge that losses happen despite great legal work. “Thing can go wrong in the legal system,” he says. “If they do go bad, we are perfectly willing to share that with customers because we want long-term partnerships of legal work.”

Clients and lawyers are also encouraged to create alternative, tailored pricing policies for different matters—without asking permission from the finance or other management committees.

“If you think it’s a good idea, it makes you more productive and it strengthens the relationship with the law firm—just do it,” Palumbo says. And if it doesn’t work? “Then stop and tell the rest of us so we don’t do it as well.”

“If you don’t give people freedom, they won’t get innovative,” he says.