“Nicholas Negroponte’s book Being Digital had a profound effect on me,” Charley Moore recalls. “The book said that anything that can be digitized will be. It’s just a matter of who endeavors to participate in that transition.”

Moore, who has been selected as a Legal Rebels Trailblazer by the ABA Journal, was a law student at the University of California at Berkeley’s Boalt Hall when Negroponte’s book was published in 1995. Moore had long been fascinated with the Internet, but the book helped point him in the right direction.

Moore spent a couple of years as a lawyer at the Venture Law Group, a Menlo Park, California, firm that later merged with the now-defunct Heller Ehrman. At Venture, among other matters, he represented a then-small startup consisting of about 10 employees called Yahoo. In 1998, he started OnStation Corp., which provided software to the automotive industry. Eight years later, Moore sold OnStation to start Rocket Lawyer, his online, do-it-yourself legal services provider that helps individuals and small businesses access legal forms and, if necessary, local attorneys.

“Working with tech startups, I realized that there is this vast unmet need for affordable legal services,” Moore says. “There’s a real need for technology to make it more efficient for lawyers to be able to answer simple questions online and to be able to represent small businesses, individuals, startups and families at a fraction of traditional cost.”

Moore says users of Rocket Lawyer have the option of hiring an attorney to help them, but the majority of the individuals and businesses that have used Rocket Lawyer have never hired a lawyer. He estimates that his company has about 12 million registered users and has generated more than 100 million documents.

Despite that, Moore sees attorneys as instrumental to Rocket Lawyer’s future plans. The ABA and Rocket Lawyer entered into a limited pilot project from October through January in three states (California, Illinois and Pennsylvania). During the test period, small-business owners who had not previously used an attorney for their business needs were offered the opportunity to use online technology to connect with licensed attorneys to ask a question (and, if desired, a follow-up) concerning their business. Information from the pilot will assist ABA efforts on potential future ABA Law Connect programs. Moore says he was pleased with the program and its results.

Looking forward, Moore is quite bullish about Rocket Lawyer’s recent move to provide employees at large companies with comprehensive legal plans similar to health insurance. Moore also notes that Rocket Lawyer’s Q&A service is rapidly growing. “You can ask a question about any legal situation on any mobile device, and an attorney will respond to that question at an affordable price.” 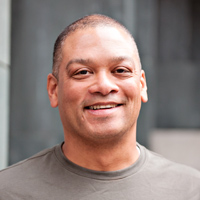 Charley Moore is the founder and CEO of Rocket Lawyer Incorporated. He previously worked as a startup company attorney with Venture Law Group, and was also the founder of OnStation Corp.