Deborah Rhode is at war with complacency (podcast)

Stanford Law School professor Deborah Rhode is the enemy of complacency. This Legal Rebels Trailblazer is one of the most cited scholars in legal ethics, though she wears many more hats. She has carved out specialties in discrimination (ranging from race and gender to the unfair advantages that flow to physical beauty, often probing their intersection with legal ethics) and in criticism of legal education itself.

Not only has the decadeslong cascade of notable books and articles illustrated her ingenuity and industriousness, but Rhode’s efforts have been as passionate as they are erudite.

Since joining the Stanford faculty in 1979, after clerking for U.S. Supreme Court Justice Thurgood Marshall, Rhode has wielded a sharp blade, such that in her analysis of legal education she seems to be performing a living autopsy. And when she was once asked what she’d do if named dean of a certain prominent law school, she quipped that she’d resign for being too radical.

And, by the way, she is a former president of the Association of American Law Schools. 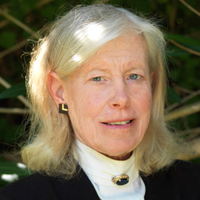 Deborah Rhode is the Ernest W. McFarland Professor of Law, the director of the Center on the Legal Profession, and the director of the Program in Law and Social Entrepreneurship at Stanford University. She is the former founding president of the International Association of Legal Ethics. Rhode is the author or coauthor of more than 25 books and more than 300 articles.

Just one example, for the irony of it: Rhode believes law reviews as currently constituted tend to be a waste of money and effort, putting long leashes on untrained pups. Never mind that more than a few of the hits that reportedly have made her one of the most-cited legal scholars in the country have come from an article she wrote as editor of the Yale Law Journal back in 1976. The topic: an empirical study of the usefulness of pro se divorce kits for simple cases, and the organized bar’s attack on them as the unauthorized practice of law.

“I’ve been writing about it for the more than 30 years since then,” says Rhode, who likes to occasionally expand on her old themes, though always, she says, looking for the next side excursion. (Most recent book: the laws of adultery.)

Rhode believes that most legal education is built on misguided structures and emphases that go back more than 100 years, thanks to inertia fed by complacency and vice versa. And she feels many new developments are counterproductive, such as giving more merit-based scholarships to attract applicants with higher LSATs and thus rise in the rankings, and shortchanging needs-based scholarships that increase diversity.

Rhode applies a similar analysis to many areas, pointing to the lack of practical experience for students that not only readies them for practice but also inculcates values that can’t be learned in a single course. And she argues for one- or two-year programs for specialists in some areas of the law where demand is great and supply short for legal service.