Not content with retirement, Jeff Carr continues the fight against billable hours

When Jeff Carr first retired in 2014, he reflected back on being an associate at Cadwalader, Wickersham & Taft in the 1970s. At the time when he started his career, he “immediately realized that there was a disconnect between the interests of the firm and the customer.”

Since then, he has been on a 40-year path of improving lawyer efficiency and effectiveness.

“There’s an old saying that if you pay for service by the hour, you buy hours and not service,” he says. “And I still believe that very much.”

With that in mind, as general counsel for oil and gas company FMC Technology in Houston, Texas, from 2001 to 2014, Carr worked to improve the value his company was getting through its legal budgets. He caught the ABA Journal’s attention through the Alliance Counsel Engagement System or ACES, which was his model of standards to get more from his outside counsel. In part due to this work, he was an inaugural Legal Rebel in 2009.

To Carr, the price of service is about value of service, which he defines through the “three Es”: effectiveness, efficiency and experience. In other words, did the objectives get met? Did the project get finished on time and at or under budget? And were the client’s needs met? Collectively, these questions inform the basis of the ACES program, now in its second decade.

While he’s made this approach public and it can be used by any interested in-house counsel, he says his goals are more modest than a wholesale change of legal business practices.

“Look, I’m not out to change the legal world, I’m just out to change the people we work with,” he says. Under his system, outside counsel may make anywhere between 80 to 120 percent of its agreed to fees and expenses based on their efficiency. He says that if firms did not want to agree to this approach then they were welcome to not take his business.

After continuing to implement the ACES program at FMC, he retired from the company in 2014. That same year at Georgetown Law Center, he lamented in a speech that most people and small and mid-sized businesses were being priced out of legal services. He hoped to see a better way to deliver value to customers, or he worried the legal industry risked irrelevance.

While change is slow in both the delivery of legal services and the underlying business model, today Carr thinks there has been progress in the 40-some-odd years since he was an associate.

He says there are still plenty of “old law” hold outs, which he describes as firms in the traditional business of billing hours to solve legal problems. However, there is an increasing number of “new law” firms and “elevated law” alternative legal service providers, which both bill at a lower hourly rate through improved business practices and efficiency.

This isn’t enough for Carr, though. Continuing to move the practice and business of law forward is one of the reasons why he came out of retirement in 2015 to join Valorem Law Group in Chicago. In 2017, he joined chemical company Univar as its general counsel.

Beyond what he sees happening among the new and elevated law players, he hopes to see the realization of the “next law” model, which will be defined by its preventative approach that keeps fewer legal issues from arising in the first place. Carr doesn’t think the industry is there yet, but he’s optimistic. 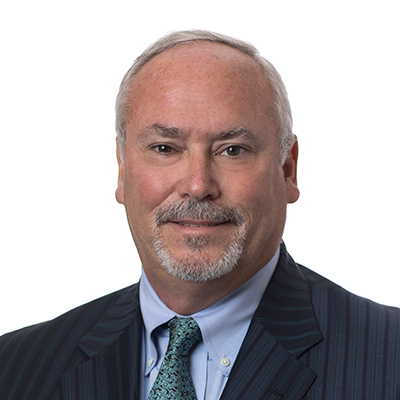 Jeff Carr joined Univar in May 2017 as senior vice president, general counsel and secretary. Prior to joining Univar, Carr built up more than 35 years of legal experience, most recently as president of ValoremNext LLC. Prior to that role, Carr was senior vice president, general counsel and secretary of FMC Technologies, Inc., where he held various roles with increasing responsibility since 1993. He holds a bachelor’s degree in government and foreign affairs from the University of Virginia and a juris doctor from Georgetown University Law Center.