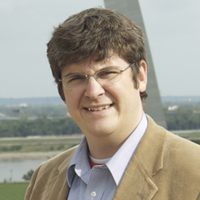 Rex Gradeless has a unique ability to pinpoint useful information for a variety of audiences. That probably explains why the recent St. Louis University School of Law grad has more than 71,000 followers on Twitter, where he’s known as @Rex7.


Rex Gradeless has a unique ability to pinpoint useful information for a variety of audiences. That probably explains why the recent St. Louis University School of Law grad has more than 71,000 followers on Twitter, where he’s known as @Rex7.“He understands that there are a lot of lawyers who aren’t his age who need to be brought along,” says John J. Ammann, who directs the legal clinics at Gradeless’ alma mater.

Online social media like Twitter, Ammann adds, aren’t one-size-fits-all “because guys who are 60 years old aren’t going to pick up Twitter so fast. But they can, and he’s going to show them the way.” Gradeless, 25, also blogs as the Social Media Law Student.

Perhaps not surprisingly, Ammann and other lawyers who’ve seen Gradeless in litigation settings say his way of determining what interests various groups is extremely effective there, too. He is careful in how he expresses himself, and he shows an awareness of how the legal profession works that is beyond that of many recent law grads.

For Gradeless the question now has become what to do next, and the economy is influencing his decision-making. While he’d like to do civil litigation, the jobs are scarce. In August, shortly after taking the Missouri bar exam, Gradeless had a soft offer with a top-20 law firm he wouldn’t name. The position wouldn’t start until January 2010, Gradeless says, and he’d hopefully be doing legal and Web 2.0 work.

“You have a juggernaut of marketing types in law firms who want to control the message, and it’s hard for them to see it’s not going to be possible forever,” Gradeless says. “Hopefully I can educate them and we can start doing some of this other social-networking-type stuff.”

Like building an internal Twitter-type program for better efficiency in critical situations, as when law clerks are focused on writing a motion, Gradeless says, and haven’t been told the case settled a few hours ago.

“If you settle a case and the attorney has to draft paperwork, the last thing they’re thinking about is their clerk,” says Gradeless.

“You get the sense he’s learning it and he’s sharing what he’s learning,” says Dennis Kennedy, the St. Louis-based computer lawyer, blogger and ABA Journal tech columnist. Unlike many others in the online legal arena, Kennedy adds, Gradeless doesn’t try to act like an expert. And that could be part of his appeal.

In fact, Gradeless says, Twitter was the most fun when he first started in November 2008 and none of it made sense. He didn’t have a job lined up, spring on-campus interviewing was canceled and Gradeless thought Twitter might be a good way to market himself. Back then about 80 Twitter users identified themselves as lawyers, but only about 45 of them actually tweeted on a regular basis, says Gradeless.

For the anti-Twitter folks, Gradeless says, many don’t understand all it can do. He can post a question and potentially get back 63,000 points of view almost instantly.

“You might see a lot of things on my Twitter feed, but there’s direct messages too that nobody sees,” he says. The direct messages have led to some interesting discussions, including one with someone who had what seemed like a viable legal claim for $5 million and was looking for a lawyer. “I’ve been asked to do stuff like that, and I have to say, ‘I’m not even a lawyer yet.’ ”

Gradeless mentions recently meeting in person someone who follows him on Twitter. That person told Gradeless he didn’t know much about him, but thought of him as the guy who’s “really into law.”

“That’s a good thing,” Gradeless says. For the most part, he avoids posting personal information.

In terms of his appeal, he notes Twitter posts are limited to 140 characters, so having a four-letter handle helps.

“It can get re-tweeted a lot,” Gradeless says, referring to a Twitter process where users repost others’ links. “I would always be linking, and I often follow everyone who follows me. It sort of snowballed from there.”

See our Twitter Q&A with Rex Gradeless on why social media matters for lawyers.