Ryan Alshak: Keeping time so you don’t have to 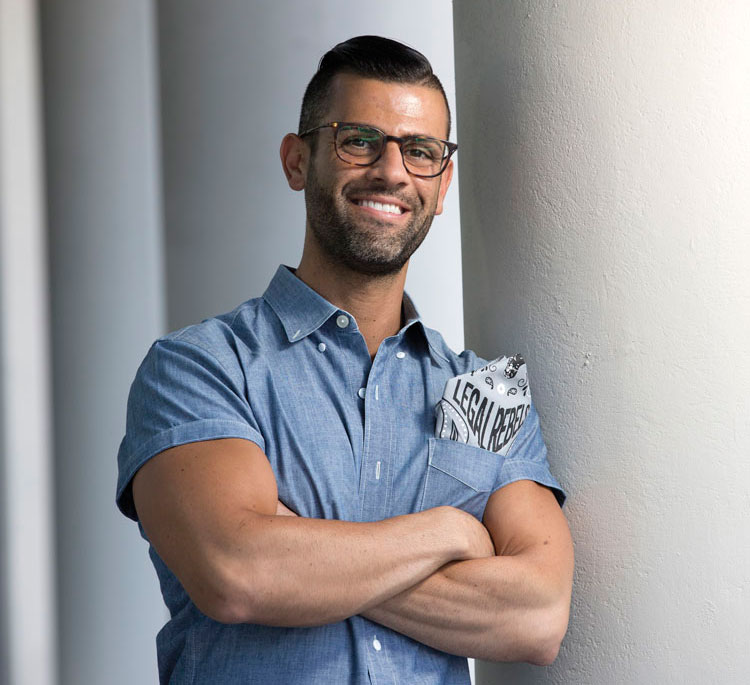 Ryan Alshak and some friends developed a great app for electronic devices to exchange digital profiles rather than business-card information over Bluetooth connections. But no one was going to beat down any doors to get it.

“We had a cool product but not a business,” Alshak says. “So we went back to the drawing board.”

The answer, he realized, was in an adage: The biggest problems are the biggest business opportunities. Alshak, then a second-year associate at Manatt, Phelps & Phillips in Los Angeles, contemplated what he liked least about law practice: keeping time sheets. He checked with about 20 colleagues and keeping time kept coming up.

Ping was promising enough to be invited in May to spend 10 weeks in the London law firm Mishcon de Reya’s incubator for tech startups for the legal industry, setting up shop in the building alongside five other early-stage companies. Ping’s developers could sit with the firm’s lawyers, for example, for real-time feedback on ways to record matters and then come right back with a do-over.

“Our goal is to remove the lawyer from the timekeeping equation,” says Alshak, CEO of Ping, whose co-founders are chief operating officer Kourosh Zamanizadeh, product designer Eric Zaarour, and software engineers Matthew Bordas and Janesh Gupta. “I dreaded keeping time, with constant guilt in not tracking everything I did.”

Nick West, chief strategy officer at Mishcon de Reya and director of the MDR Lab, the program for tech startups, says, “The degree of automation these guys are suggesting they can deliver is way beyond what’s on the market and very ambitious.”

The law firm is interested in and working with but not yet committed to Ping. If it works out, Mishcon would want an equity interest in the company. Ping is built into various programs lawyers use, such as Word, Excel and Outlook calendars. Its software uses artificial intelligence and machine learning to mine data, increasingly and more accurately matching time and work. It gets to know the lawyers and their matters.

“That way, we can get lawyers out of the mindset of having to track their work and instead focus on what they went to law school to do,” Alshak says.

A serious basketball fan, Alshak went to Manatt in no small part because the firm represented the Los Angeles Clippers professional basketball team. He dreamed of being the Clippers’ general counsel but ended up doing something not too shabby—becoming a litigation associate engaged in regular foreign travel on one case, flying business class and staying in fine hotels.

But the entrepreneurial bug bit him. He got his bachelor’s degree from the University of California at Berkeley in 2009, when the economy was tanking and go-your-own way career paths became a new normal for many.

“I had some friends in college who went the startup route in that economy and were wildly successful,” Alshak says. “In the back of my mind, I was always looking for the right opportunity to take that risk and make the jump.”

As far as a goal of handling 100 percent of billing, just how far Ping might get is an open question. “Some lawyers have asked if we could account for thinking about a case in the shower,” Alshak says. “We’re not going to plant a chip in the brain.”