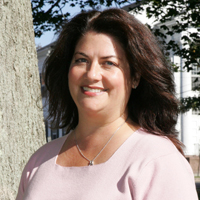 There’s a framed picture of a prowling snow leopard in Susan Cartier Liebel’s living room. It’s a stunning piece, a limited-edition print Liebel loves both for the way it looks and for what it represents.


There’s a framed picture of a prowling snow leopard in Susan Cartier Liebel’s living room. It’s a stunning piece, a limited-edition print Liebel loves both for the way it looks and for what it represents. Reclusive by nature, these sturdy cats can take on much larger prey—an apt analogy to how Liebel operates as a longtime champion of solo practice. In March, the Northford, Conn., lawyer founded Solo Practice University, an online community that caters to the lone lawyer.

Liebel, 49, believes that a law license equals freedom, and that solo practice is the ultimate expression of entrepreneurship.

From the moment Liebel enrolled in law school (after a stint in sales and marketing), she was gobsmacked by the prevailing attitude that BigLaw was the only law.

Born into a family of entrepreneurs—even her grandmother owned her own business, a bait and tackle shop in upstate New York—it bothered her that solos were considered cut-rate counselors.

She did interview for a big-firm job. Once. But as expressionless partners talked and talked, she found herself zoning out. A single thought raced through her mind: “I don’t want this.”

Beliefs confirmed, she vaulted directly into solo practice as an attorney for families and children. She also became an adjunct professor at Quinnipiac University School of Law, teaching a class called “How to Hang a Shingle.”

“I felt like I was the leader of a revolution,” she says of her eight years of teaching the class. “It was the underground, and these students finally felt validated.”

In time, she closed her practice to become a full-time solo-practice coach, author, blogger, mentor and solo-practice activist. But so many people contacted her for advice on such a wide range of topics that she began to brainstorm ways to expand her solo-nurturing niche.

She didn’t want to turn anyone away. After all, saying “I can’t” isn’t in the DNA of someone who guards her phone number so she can be the one to initiate a call rather than waiting for her phone to ring. (That determination just might be genetic: Her son recently read his first book all by himself. Although the book was long and the hour was late, “he finished the whole book,” she says with obvious pride.)

Solo Practice University comes from that desire “to make the world for solos and small firms a better place,” as Jack Newton, president of the online case-management firm Clio, writes in his nomination of Liebel.

“Launching an entirely Web-based, community-driven website like SPU,” Newton writes, “clearly demonstrates Susan’s capacity to … innovate in a space that sorely needed it.”

Liebel worked with one of her former students, lawyer David Carson, to create the Solo Practice U infrastructure and devoted herself to the fine print, including filling the faculty with legal experts, marketing pros and tech gurus. She called on people she knew. She reached out to strangers. Their eagerness to participate, coupled with the country’s growing economic problems, cemented Liebel’s belief that she had the right plan at the right time.

SPU debuted with more than 40 volunteer professors, including several nationally known experts, and the promise of a community of like-minded colleagues. Tuition may be paid monthly, quarterly or annually. The goal: To create a must-have membership, a place where solos believe they have to be.

In the first three months, membership (not all of it paid) vaulted to over 400; it is still growing. So are the numbers of classes, instructors and member benefits. And things are just getting started, Liebel promises.

“SPU is a phenomenal resource for educating and training solos on all aspects of setting up and running a new practice,” Newton says. “This is a resource that was sorely lacking prior to Susan launching SPU, and it’s already helped hundreds of lawyers with their solo practices.”

While Liebel believes she was born to light this fire, she’ll be happy to eventually sit back and enjoy the warmth while others do the tending. “That’s why it’s not called Susan Cartier Liebel’s University,” she says with a laugh.

For now, though, she stands center-flame 24/7. The trade-off for juggling a more-than-full-time job with the demands of family life, of course, is that she can work wherever, whenever. “I never wanted to be restricted by time or space,” she says. “I am living everything I teach and talk about.”