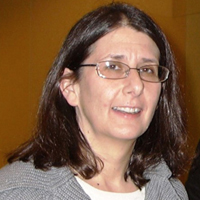 Suzanne E. Turner didn’t expect to reinvent herself, but she did, starting in 1999.

Her husband, corporate and securities partner David E. Schulman, needed to go to England for his practice, and Turner went too, with their daughter.


Suzanne E. Turner didn’t expect to reinvent herself, but she did, starting in 1999.

Her husband, corporate and securities partner David E. Schulman, needed to go to England for his practice, and Turner went too, with their daughter. She thought it would only be for a year, and then the family would return to Philadelphia. She was an active member of the pro bono community there in addition to her employment defense work at Ballard Spahr Andrews & Ingersoll.

That year stretched into more than seven, and Turner—who initially volunteered with the London-based human rights group Interights, taking orders from lawyers much younger than herself—reached a point where she became an active member of the pro bono community there, too. She was someone U.K. firms went to for pro bono connections. She joined Dechert in 2001, and ran the firm’s global pro bono program from London. She also gave birth to her youngest daughter there.

By 2006 it was time to come home—sort of. The family moved to Washington, D.C. Turner, the firm’s pro bono chair, and others say that arrangement works well. While numerous countries need legal aid lawyers, many U.S. law firms want to expand their international presence.

Turner, 49, approves each pro bono case the firm takes in, staffs and supervises the matters, and troubleshoots when necessary. She also handles cases directly: On human trafficking cases, for example, she may write international briefs and help trafficking victims obtain nonimmigrant visas. The work includes assisting her clients in speaking with the Department of Homeland Security and the U.S. attorney’s office so the traffickers can be prosecuted.

Turner has known since eighth grade that she wanted to be a lawyer. She adds that she hates change. “But I am opportunistic, and I am good at seeing gaps,” Turner says. “I saw some gaps and I saw a way to actually do something a little different. Now, lots of firms are starting to run pro bono programs globally.”

Before Turner joined Dechert, the firm logged about 19,500 hours of pro bono work annually, says Bart Winokur, its chairman and CEO. By 2008 that total was at 100,000 hours, he says.

“Having Suzie there ensures you get attention,” says Edwin Rekosh, executive director of the Public Interest Law Institute, an international nongovernmental organization. “I think she sort of gets a sense of people and organizations—and who’s going to work well with each other.”

Rekosh met Turner in London when she was surveying NGOs for pro bono opportunities. She now serves on the board of LawWorks, a London-based charity that encourages pro bono work by solicitors, and chairs its advisory committee for community groups. She’s also a past member of the ABA’s Standing Committee on Pro Bono and Public Service.

Turner, a 1986 graduate of the University of Virginia School of Law, left her first law firm job at Ballard Spahr to clerk for U.S. District Judge Edmund V. Ludwig. He remembers coming back to chambers late at night and Turner would still be working. She always was interested in helping people, says the judge, now on senior status in the Eastern District of Pennsylvania.

While clerking, Turner brought her judge an employment case. The indigent plaintiff claimed that his civil rights had been violated, and Turner maintained that the court should appoint him counsel, like it does for indigent criminal defendants who make the same claim.

“I thought that the law certainly could be read in that fashion,” Ludwig says. “The problem was Congress had never apportioned any money to hire attorneys to represent indigent employment plaintiffs.” So he asked Turner to create a plaintiffs’ employment panel, which is still in existence within the Eastern District today.

Turner returned to Ballard Spahr armed with a plan to be the firm’s pro bono coordinator. The litigation chair told her the firm had wanted to do something like she proposed but hadn’t officially planned anything, so the job was hers. Forty percent of her work focused on pro bono, with the other 60 percent going to billable employment law work. All her time at Dechert now goes to pro bono.

Friends describe Turner as being somewhat shy in talking about herself. When asked exactly how she arranged what seems like a dream job to many, she says the work itself is influential.

“I think sometimes we feel so powerless, especially in these large law firm structures where you don’t seem to feel like you have much say,” Turner says. “To know that with your law degree you’re actually empowered to help someone, it’s really powerful. It’s kind of contagious.”

In a series of video segments,
Turner moderates a session
on running a global pro bono program.

Last updated Oct. 3 to correct the date Turner joined Dechert, the number of Dechert’s pro bono hours before her arrival and where Turner’s daughter was born.