Time to Blow Up the Billable Hour Formula 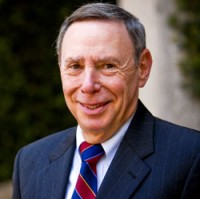 It’s time we face a fundamental problem that’s existed for the past 35 years after we moved away from fixed prices, retainers and other approaches that had previously been used and instead went to fees based solely on hours.

Hours are performing two diametrically opposed functions. First, they are being used as a unit of production where we can budget how many hours are needed for tasks and then see if there aren’t ways to improve efficiency. But that means—as we do in manufacturing and everywhere else—looking at ways to reduce the number of hours for a task and ways to reduce the cost of those hours (that is, the internal cost of production).

Yet law firms simultaneously have made hours the basis of profitability, which means benefiting from more hours being applied to a task and continual increases in hourly rates.

You can’t have the same unit (hours) functioning simultaneously for these two opposing purposes. The problem has always been with us but has come to the forefront as clients and firms increasingly use fixed fees and other alternative arrangements.

Which means it’s time to blow up the formula.

The formula for law firm profitability is often attributed to an American Lawyer article in the early 1990s written by David H. Maister, the highly respected consultant and writer, and then presented in a slightly different format in Maister’s book Managing the Professional Service Firm. Law firms, consultants and others use slightly different versions of the formula, but in essence it provides:

Here are some initial concerns:

Profits per partner, especially as an average, masks the real profitability or losses of each person and group. Maister in fact suggests looking at individuals and groups, not a firmwide average.

Margin (profits/fees) looks better by either increasing revenue or reducing overhead, which is usually a good thing. But here, it works against using lower-cost support staff and investing in technology since that adds to overhead even if it were to improve efficiency and profitability.

Leverage (timekeepers/equity partners) makes profitability look better if the firm de-equitizes existing partners, extends time to partnership and keeps increasing the number of associates with no intention of making most of them partners notwithstanding the high costs of hiring and training them. With the same staffing, the firm still has the same revenue and costs, but by manipulating who is on which side of the fraction, the formula gives the appearance of higher profitability. Clients as purchasers should prefer a system that elevates more qualified lawyers to partnership since this rewards continuity and expertise.

Selling Expertise and Skill, Not Hours

The fundamental mistake in all of this is the belief that the only thing a law firm has to sell is hours. Nonsense. What firms have to sell is expertise and skill. Hours are a unit of production, and as with manufacturing, it should be everyone’s goal to reduce that cost of production while improving quality, outcomes and yes, profitability. By irrevocably linking a law firm’s profitability to increasing the cost of production, the formula has turned everyone in the wrong direction. Under the formula, profitability is enhanced with inefficiency and reduced if there is a focused use of expertise.

Which leads to a churning of work, incentives to maximize hours, incentives to increase hourly rates, pressures not to write down a bill for inefficiencies, stretching out time to partnership, eliminating so-called servicing partners, etc.

Where We Should be Heading

Once a firm or practice group shifts to a true profitability set of measurements, the firm finally has incentives to:

• Keep reducing its cost of production by moving matters to those with appropriate expertise while lowering leverage and hourly rates, where hours are now used to monitor the cost of production, not how to maximize what can be billed.
• Deliver better outcomes and being rewarded for that.
• Learn how to fix the cost of any given type of work.
• Improve profitability.

A profitability model might start with this basic approach:

1) Compute the cost of a given practice group, office or attorney, which is essentially salary and benefits. Because of the way work is done and how clients think of their work, practice groups are probably the best place to start.

2) Add indirect costs (space, support staff and services, etc.). Many firms calculate indirect costs as 1½ times a partner’s salary, one times an associate’s salary and half a paralegal’s salary. Unfortunately, that formulaic approach misses the reality that some groups like litigation may use much more space and support services than others like estate planning and so-called servicing partners.

3) Compute the revenue for the practice group, office, attorney or whatever.

4) Subtract the all-in cost of the entity being considered from revenue attributed to that entity.

5) The net result is the profitability you might then attribute to the practice group, office, attorney or whatever.

6) Deduct 5 percent to 15 percent for redistribution firmwide as a way to encourage good institutional behavior such as crossover work, hiring, training, etc.

For firms and clients to achieve real savings while improving outcomes and profitability, both sides are going to have to give up their schizophrenic reliance on hours. It’s working against everything both sides are trying to achieve.

Michael Roster is co-chair of the Association of Corporate Counsel’s Value Challenge, a project that is looking at ways to improve the value of legal services. He was previously managing partner of Morrison & Foerster’s Los Angeles office as well as co-chair of the firm’s Financial Services Practice Group worldwide. He has also served as general counsel of Stanford University, Stanford Medical Center and Golden West Financial Corporation.

During his tenure at Stanford, Roster moved virtually all of Stanford’s outside legal work to three (eventually five) law firms on fixed price retainers that covered both counseling and litigation. Firm attorneys had offices on-site, attended all the weekly staff meetings and annual retreats, and were listed in telephone directories as a single, unified team with the in-house lawyers.