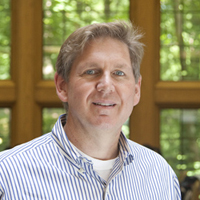 It was fall 2005, and Indiana University law professor Bill Henderson had a dilemma. He was gathering statistics, analyzing data and speaking at law firms across the country, but none of his IU Bloomington colleagues, all experts in established legal practices such as constitutional law and torts, could fathom exactly what he did.

In the world of academia, where tenure is won through peer recognition, that’s a problem.


It was fall 2005, and Indiana University law professor Bill Henderson had a dilemma. He was gathering statistics, analyzing data and speaking at law firms across the country, but none of his IU Bloomington colleagues, all experts in established legal practices such as constitutional law and torts, could fathom exactly what he did.

In the world of academia, where tenure is won through peer recognition, that’s a problem. “I stumbled upon a research path I find particularly interesting,” the 46-year-old legal scholar says of his work analyzing the business side of the legal profession. He says lawyers and law students flooded his inbox with e-mails that praised what he was saying. “But traditional academia was left wondering, ‘What the heck is Henderson doing?’ ” he says.

In answer, Henderson pulled together a small group of legal researchers, including Southwestern Law School dean Bryant Garth and Marc Galanter, professor of law emeritus at the University of Wisconsin in Madison, to speak about the study of law firms as panelists at national law conferences. He became an editor of the Empirical Legal Studies blog. He also founded the Law Firms Working Group, which draws members from disciplines including business, economics, law, sociology, political science and psychology to study law firm management and private practice. It is sponsored by IU’s Maurer School of Law and the American Bar Foundation.

“I had to put myself with a group of esteemed scholars under an umbrella of some label that would pass the litmus test of academic respectability,” he says.
Henderson, granted tenure this year, is now recognized as one of the foremost experts on the market trends of the business of law. In April 2008, nearly 2,000 readers downloaded Henderson’s research paper “Are We Selling Results or Resumés? The Underexplored Linkage Between Human Resource Strategies and Firm-Specific Capital” in the space of only three days, he says.

And in August he became director of the law school’s new Center on the Global Legal Profession, which will develop research and training materials to aid attorneys in their understanding of international legal systems.

Critics say the former firefighter, who once dropped out of college after a semester studying at the London School of Economics and Political Science, is preaching from an ivory tower. They point to his lack of practical legal experience.

But not following the prescribed path prompted a formative moment when, as a 36-year-old University of Chicago law student, Henderson participated in fall on-campus interviews with his much younger counterparts. He was shocked by the lack of decisive thinking in other students, “some of the smartest people I have been around in my life,” applied to their career choices.

“They behaved like absolute lemmings and didn’t think critically about how you assemble a legal career based upon facts,” he says. They had tunnel vision toward BigLaw as a career choice and didn’t distinguish differences between various firms.

On-campus interviews are “a very biased source of information,” Henderson says. “People are trying to hire you to advance their own legal professional enterprise, and you can’t necessarily rely upon them to give you the straight, unvarnished truth.”

Henderson’s nontraditional background also gives him the ability to see that raw talent and insight come from all directions, says Lauren Robel, dean of the Maurer School of Law. Robel and Henderson co-taught a first-year legal professions course this spring.

“The class we taught was brand-new to the law school and very different compared to the classes students usually take,” Robel says. The course explores how different practice settings influence the moral and ethical duties of lawyers. Students and faculty balked at the class’s divergence from a traditional 1L course, but Henderson encouraged their comments and implemented suggestions.

“I’ve never seen a professor as open to criticism from his own students,” Robel says.

“We’ve created the Model T,” Henderson says of the class, his voice brimming with the excitement of an inventor showing off his ever-progressing creation. “It’s a great leap over the horse and buggy, but if you compare it with a 1979 Chevy, it’s not nearly as good. There’s still a lot of room for growth.”

“There’s all of this data,” he says, citing the breadth of raw statistics gathered annually by legal consultant organizations, legal publications and NALP, “and we don’t have enough people to do the research.”

For Henderson, the most important beneficiaries of his work are his students. “Students don’t go into law school with open eyes. They sign loan papers and they’re scared.” As legal education costs continue to rise (IU law students may see a 24 percent increase this fall), Henderson says his biggest task is ensuring a return on his students’ investment.

“We took their money. We had the classes. We have to make sure that what we are doing is commensurate with the very high ticket price we are charging.”