Movies transport us. They take us to different times and places, bringing laughter in one moment and tears in the next. But no matter how outlandish the plot, at their core movies examine the human condition. We tell stories about ourselves to ourselves, even if the characters are ostensibly aliens or animals or fuzzy monsters. They are based on realities we can learn from.

So while no real-life courtroom may be run like a movie courtroom, there are plenty of deeper truths woven into screenplays and plenty of lessons to be learned—even when we’re looking for entertainment, not an education.

With that in mind, we’ve put together a collection of pivotal movie scenes that have useful takeaways for lawyers. Grab some popcorn and enjoy!

You can browse through the photo gallery to see every entry, or select from the alphabetical list below: 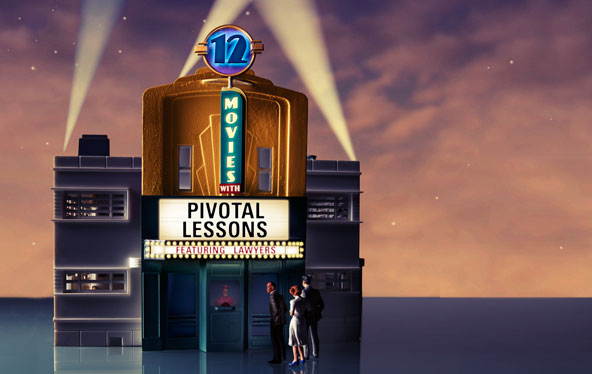 Adam R. Banner, founder of the Oklahoma Legal Group, is a criminal defense attorney in Oklahoma City. His firm published a “Best Legal Movies of All Time” list online in January.

Alafair Burke is a professor of law at the Maurice A. Deane School of Law at Hofstra University and the author of 10 best-selling novels, including All Day and a Night.

Bennett Capers, a former federal prosecutor, is a professor at Brooklyn Law School, where he specializes in criminal law and procedure and evidence law. He’s also a law-in-pop-culture enthusiast.

Alex Craigie is a Los Angeles litigator who started a solo practice this year after 10 years as a partner at Dykema Gossett. He is the author of the At Counsel Table blog, which was featured in the ABA Journal Blawg 100 in 2012 and 2013.

James M. Dedman IV is a litigator based in the Charlotte, North Carolina, office of Gallivan, White & Boyd. He is the editor of Abnormal Use: An Unreasonably Dangerous Products Liability Blog, which has been named to the Blawg 100 by the ABA Journal for the past four years.

Meg Gardiner is the Edgar Award-winning author of 11 thrillers and a member of the State Bar of California. She lives in Austin, Texas.

Carrie Menkel-Meadow is a professor of law at the University of California at Irvine and the author of several books, including Dispute Resolution: Beyond the Adversarial Model.

Philip N. Meyer, a former trial lawyer, is a professor at Vermont Law School and the author of Storytelling for Lawyers.

Sarah Mui is an assistant managing editor at the ABA Journal, and writes the Around the Blawgosphere column.

Allen Pusey is editor and publisher of the ABA Journal. He has been a reporter and special projects editor at the Dallas Morning News, the Dallas Times Herald and the El Paso Times.

Lee Rawles is a Web producer for the ABA Journal and host of The Modern Law Library podcast. She wants to leave you with one last lesson for lawyers, from Bill & Ted’s Excellent Adventure (1989): “Be excellent to each other.”