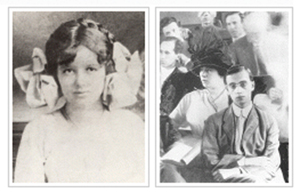 In 1913, Frank’s trial for the rape and murder of 13-year-old Mary Phagan captivated the nation. And a new PBS documentary is certain to add more fuel to the widespread belief that Frank’s arrest, trial and subsequent killing was a shameful miscarriage of justice.

The story, set against the backdrop of an American South struggling to shed a legacy of bigotry and xenophobia, is both a first-rate murder mystery and a thought-provoking look at racial, religious and class prejudices in the early 20th century.

Frank, a Jewish New Yorker working as a supervisor in an Atlanta pencil factory, was sentenced to death after his conviction in a Georgia court. Evidence later surfaced that cast doubt on Frank’s guilt, resulting in the commutation of his sentence to life imprisonment. An angry mob, incited by a newspaper columnist, kidnapped Frank from a Georgia prison and lynched him.

The documentary reveals that the mob responsible for Frank’s lynching included an ex-governor, a former county sheriff, a prosecutor, a state legislator and a judge.

It explains how a pile of human excrement deposited at the bottom of the pencil factory’s elevator shaft served as a crucial piece of evidence.

The film also shows how the case both revived the Ku Klux Klan and galvanized the recently formed Anti-Defamation League.