A Prescription for Silence 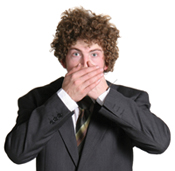 Once consumer websites began rating everything from restaurants to dog groomers, it was only a matter of time before doctors found their care and bedside manner critiqued online.

As many as 40 websites, including Zagat, Angie’s List and RateMDs.com, now feature anonymous, patient-written doctor ratings. Physicians say these unpoliced sites often publish unfair accounts that can destroy professional reputations. And, because the ratings usually are anonymous, doctors argue that the “patients” rating them may really be disgruntled employees, ex-spouses or competitors. Federal and state privacy laws prohibit doctors from responding, even to legitimate posts.

Now one doctor has figured out a way to help his colleagues fight back, but his technique has left some wondering about the legality of his tool.

Dr. Jeffrey Segal, a neurosurgeon and founder of Greensboro, N.C.-based Medical Justice, created mutual privacy agreements that prohibit patients from rating their doctors. Wiggling through loopholes in the Communications Decency Act, the agreements transfer to the physician the copyright on any online content about the doctor. Segal’s business has licensed the agreements to 2,000 physicians, and he says the “vast majority” of patients sign them.

If a patient violates the agreement, the doctor can try to enforce it by asking the ratings website to remove the post.

While the American Medical Association has no policy on these agreements, its president, Dr. Nancy Nielsen, says Web forums “have many shortcomings.” Segal says a credible system, akin to the one used to produce Consumer Reports, would verify patient status, evaluate only technical competence and require a minimum of evaluations “to soften the extremes.”

While First Amendment considerations don’t factor in, Sam Bayard of Harvard University’s Citizen Media Law Project questions whether copyrights to content that doesn’t yet exist can be transferred. But, he adds, “private parties can do what they like.”

So far the agreements have not been tested in court. But that has not stopped them from being—according to Segal—unfairly characterized as gag orders, even though nothing in them prevents unhappy patients from suing, speaking to friends or complaining to licensing boards.

Bayard says rating sites are valuable because “individuals can con- tribute to the dissemination of infor­mation. There are defa­ma­tion laws to redress speech that’s really bad.”

Invoking the “marketplace of ideas,” Bayard adds that the remedy for reckless speech is to allow more. “They are truly open forums. Someone else can come along and add a positive comment. It’s healthy.”

Next:
Allowing Our Differences to Unite Us