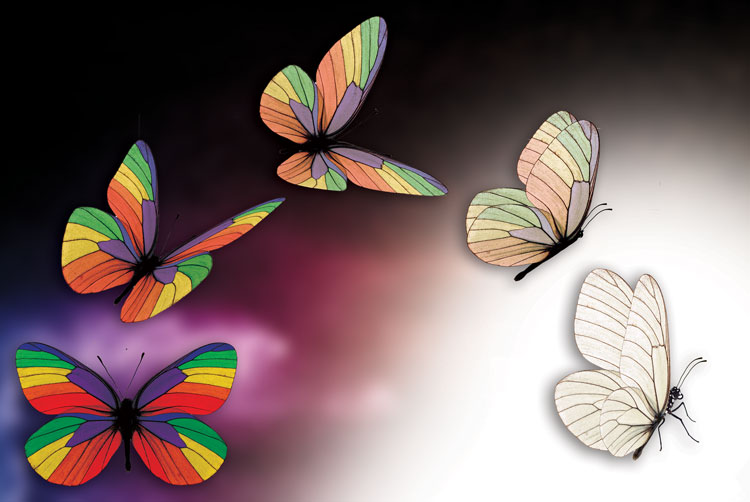 In January, New York joined 14 other states and the District of Columbia in banning the use of conversion therapy on minors—a controversial practice aimed at changing an individual’s sexual orientation or gender identity.

New York was also the first state to address the practice through executive action, working with three state agencies to ban private health care insurers and Medicaid from covering conversion therapy and to prohibit state-licensed mental health facilities from providing it to minors.

“We have been working to ban this practice in New York for quite some time,” says Alphonso David, counsel to New York Gov. Andrew Cuomo. “The American Psychological Association concluded that these efforts, these ‘sexual orientation change’ efforts, pose a significant health risk to LGBT people, leading to a variety of conditions, including depression, suicide and substance abuse.

“We have looked at this issue from a health perspective because in at least the last four decades, the idea of reparative therapy, as it used to be called, has not produced any scientific research to substantiate the claim that it results in a cure.”

The ABA took a stand on conversion therapy in 2015, recognizing “the basic right of LGBTQ people to be free from harmful and ineffective ‘treatments’ to change the core of who they are,” as stated in a report attached to Resolution 112. The adopted resolution urged governments to enact laws that prohibit state-licensed mental health professionals from using conversion therapy on minors.

The ABA’s Commission on Sexual Orientation and Gender Identity continued those efforts, organizing a panel of legal and advocacy experts, including David, to discuss the state of conversion-therapy ban laws and policy at the 2019 ABA Midyear Meeting in January.

The SOGI Commission also plans to release Banning Conversion Therapy on Minors: A Guide for Creating Tribal and State Legislation, a resource that will be available online and in printed form. The intention is that legislative staffs use it to develop state statutes and tribes use it to develop tribal codes that ban the use of conversion therapy on minors.

The primary goal of the guide is to provide suggestions on how laws can be drafted to offer safety and support for children who are lesbian, gay, bisexual, transgender, queer or two-spirit, a term used by Native Americans, as well as to incorporate local cultural traditions and meet requirements of relevant federal laws.

Kori Cordero, a tribal justice specialist for the Tribal Law and Policy Institute in West Hollywood, California, and a member of the SOGI Commission, called on experience in tribal code development to co-author the guide, which can be used by “advocates on the ground who are trying to take this approach that is important to the ABA.”

Now that there are laws at the state as well as municipal levels, Cordero hopes to also supply tribes with the resources they need to create their own tribal laws banning conversion therapy.

NOT A PRACTICE OF THE PAST

Shannon Minter, the legal director for the National Center for Lesbian Rights in San Francisco, is also a member of the SOGI Commission who spoke on the panel and worked on the guide. He contends there is an ongoing misconception that conversion therapy is a practice of the past.

Conversion therapy dates to at least the 1890s, and according to the guide has involved many “aversion” methods, such as forcing individuals to hold ice or hot coils while looking at pictures of LGBTQ people or to face isolation in locked rooms.

“The more extreme treatments have fallen away for the most part, but what has survived—and in fact increased—is just ordinary counseling that purports to be able to change a person’s sexual orientation or gender identity,” Minter says.

A 2018 study by the Williams Institute at UCLA School of Law estimates that about 698,000 LGBTQ adults in the U.S. have received conversion therapy, including about 350,000 who received it as adolescents. The study’s researchers also estimate that 20,000 LGBTQ youths will undergo conversion therapy from a licensed health care professional before age 18.

Minter says conversion therapy continues to affect thousands of youths across the country because some mental health professionals have been able to exploit families who don’t know how to support a LGBTQ child.

“They tell them that no child is really gay or transgender, they’re just mixed up, they’re confused,” he says. “For parents who don’t have a ton of information, they believe them. Most people believe medical professionals who are licensed by the state.”

Legislation is one of the most effective tools in helping these families, says Minter, who is also involved with the National Center for Lesbian Rights’ Born Perfect campaign, launched in 2014 to encourage states to pass laws that ban conversion therapy.

In the past few months, 14 more states have introduced bills related to conversion therapy for minors, according to the campaign. Minter is optimistic that Maine, Massachusetts and Utah will also take steps to ban the practice this year.

“We hope to pass more state laws, and part of what is so powerful about doing that is all of the public education and coalition-building work that goes into those efforts,” he says. “The more visibility and the more groups such as the ABA that we get involved in these coalitions, the greater the opportunity to reach more families.”

David adds that the SOGI Commission’s guide will assist public policymakers throughout the country who are evaluating the issue and need direction on how to substantiate their state’s interest.

Even though states have different constitutions, statutes and regulatory schemes, he says, the commonality between the legislation passed by the 15 states and the District of Columbia provides a useful model.

“To the extent someone is looking to challenge any piece of legislation, one of the main factors a court will look at is whether or not the state has a vested interest in legislating in this area,” David says. “The American Psychological Association has given us sufficient information to substantiate the state’s interest, and in addition to that, the ABA guidance materials are extremely helpful in providing support to those states that are looking to address this issue.”