ABA groups are working to promote and increase medical-legal partnerships 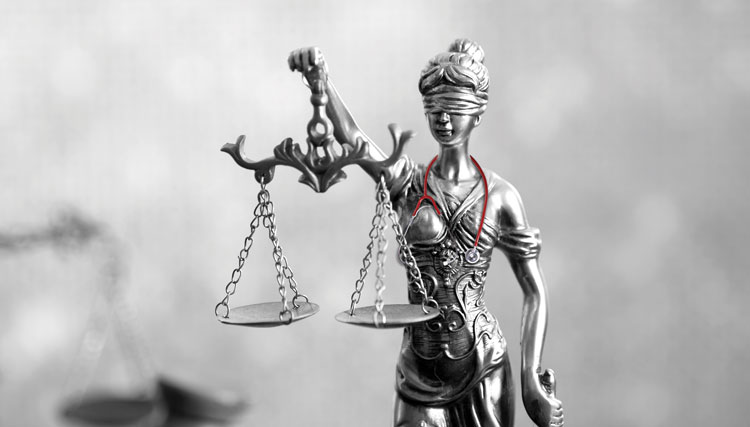 William Waddell Jr. was getting out of his car at Mid-Delta Health Systems in Clarendon, Arkansas, when a doctor walked up to him and said he was needed inside immediately.

A patient, who had complained of frequent headaches, admitted after an MRI scan that her husband had been beating her, the doctor told Waddell. She now had a brain bleed.

“This is the kind of thing that is different from your typical pro bono assignment,” says Waddell, a partner in Friday, Eldredge & Clark’s Little Rock office. “You are actually on the ground with this person in a crisis or in the midst of a legal issue that complicates their mental or physical condition.”

Waddell drives to the community health center once a month to provide free legal services through its medical-legal partnership, or MLP. He assists patients with wills, guardianship issues, disability denials, landlord problems, and in cases like this one, domestic violence.

He joined the ABA Standing Committee on Pro Bono and Public Service in August 2018 and hopes to help energize other attorneys who are interested in helping doctors, case managers and social workers address legal issues that contribute to patients’ poor health.

The ABA was an early supporter of MLPs. In 2007, the House of Delegates passed a resolution encouraging members of the legal profession to develop MLPs with hospitals, community health centers and social service organizations.

At the time, then-ABA President H. Thomas Wells Jr. said about 120 MLPs existed across the country. Now, there are nearly 350, according to the National Center for Medical-Legal Partnership, a project at George Washington University’s Milken Institute School of Public Health.

“The ABA has been such a key partner for us in this endeavor,” says Ellen Lawton, the co-director of the center. “The cultural shift in understanding lawyers’ role as problem-solvers for patients and providers who are confronted by complex social determinants of health has been an important transformation.”

The first MLP was developed in the early ’90s after the chief of pediatrics at Boston Medical Center noticed that asthma patients were not responding to treatments, Lawton says. His team realized that moldy apartments were the problem and asked Greater Boston Legal Services to take on landlords who refused to comply with building codes.

MLPs embed legal aid or pro bono attorneys in health care facilities to not only work directly with patients, but also to help health care teams understand the “health-harming legal needs” of patients, Lawton says. When a mother brings her child to see a pediatrician, she can also bring her concerns about mold in their home to the attorney down the hall.

“She might not actually go seek a legal aid attorney in her community to get answers to those questions for a whole host of reasons,” Lawton says. “But if she has access to that resource and that insight in the course of routine health care, she can use that information to make better choices for her family.”

Kevin De Liban, a staff attorney at Legal Aid of Arkansas, started with the Mid-Delta Health Systems MLP shortly after it was created in 2010. He worked to recruit pro bono attorneys—like Waddell and his partner, Harry Light.

“What Bill and Harry have done here in Clarendon is remarkable,” he says. “They take cases legal aid doesn’t have the capacity to take because for every one legal aid attorney in our service area in Arkansas, there are 18,000 financially eligible Arkansans.”

Waddell never has trouble finding associates to volunteer with him at the MLP. “We come back, and they say, ‘I used my law license for good today,’ ” he says. “That may seem like an odd remark when you think that they’re practicing law full-time, but what they’re saying is, I used it to help someone.”

Lawton agrees that interest from law and medical school graduates is boosting the growth of MLPs. Young professionals want to use their skills effectively and see this type of collaboration as a better way to practice.

Klein learned through the National Center for Medical-Legal Partnership that patients with chronic illnesses are admitted to the hospital less frequently, report less stress and save on health care costs once they address their legal needs.

She had also learned that it was difficult to connect veterans with attorneys.

“The idea for the medical-legal partnerships really came from making sure veterans got the legal services they needed,” she says. “If we can find them at the VA facility and be available to them, we can solve a lot of the problems.”

Clay Countryman, a partner in the Baton Rouge office of Breazeale, Sachse & Wilson, worked with Klein on the Veterans Legal Services Initiative. As a member of the Health Law Section, Countryman also hoped to engage health care attorneys in MLPs and created an educational outreach group.

The group promotes the benefits of MLPs through conferences and webinars and is pursuing a project related to patient consent and MLPs in California.

“In many states, there are some cracks in the law addressing patients who lack the capacity to make health care decisions and don’t have available surrogates, which creates significant challenges to treat and discharge or transfer patients to a different provider,” Countryman says. “So we’re in the process of putting together a way to address those issues and having some attorneys who work in MLPs get trained in this area.”

The Health Law Section is coordinating its efforts with the Standing Committee on Pro Bono and Public Service, which also has a working group on MLPs.

Waddell, a member of the group, says it is developing tools for interested law firms and corporate law departments. They will include sample engagement letters and consent forms.

The goal is to ensure that any attorney in the country can get involved in MLPs without worrying about potential risks, he says.

“This is eminently practical. We want people who say they’ll take this kind of case to know how to do it,” he says.

This article ran in the February-March 2020 issue of the ABA Journal under the headline:”A Model Approach: ABA groups are working to promote and increase medical-legal partnerships”