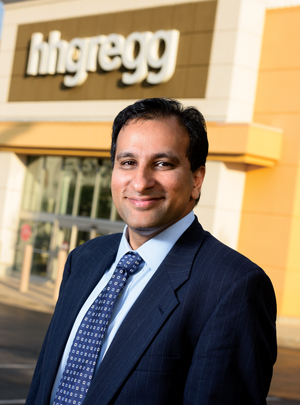 “We can’t go on like this” is an oft-heard expression of trouble on the horizon, but it took the financial crisis of 2008 to force meaningful changes in how corporate counsel work with outside firms. That year the Association of Corporate Counsel seized the initiative with its ACC Value Challenge, which honors law departments and outside law firms for promoting adoption of management practices that control spending.

In 2012, the association introduced the ACC Value Champions. In the recently completed fifth annual competition, 12 winners were selected from a pool of 57 nominees. Winners were cited for increasing client satisfaction, enhancing the value of legal services spending, reducing turnaround times and costs, and improving results. It also created global legal staff rotation programs and used technology to allow access to legal information in real time.

The ACC says winners prove corporate counsel can learn from one another in implementing the challenge’s directives. And outside firms have embraced the idea of collaboration with corporate counsel to help their clients reduce litigation under alternative fee arrangements, including fixed fees and success fees.

“We’re pleased to say that over the last five years, ... we’ve been able to integrate the lessons that the Value Champions provide into our annual programs, so we have corporate counsel telling their peers, and the message spreads,” says Amar Sarwal, ACC vice president and chief legal strategist.

Sarwal also credits the emergence of legal operations executives, who are responsible for internal staffing, budgeting and management of outside counsel.

Among this year’s winners was Indianapolis-based Hhgregg Inc., a national chain selling electronics and appliances, and its Atlanta-based law firm Ogletree Deakins, hired in 2013. The firm sought to prevent lawsuits by analyzing past litigation and demonstrating the need for further training or policy changes.

Ogletree Deakins slashed response times from eight or nine days under old firms to minutes. Litigation dropped by 74 percent, claims by 60 percent, and Hhgregg saved 44 percent on outside legal spending.

How did they do it? “It was a combination of lots of training for their HR folks, a partnership with HR to develop a strategy to resolve disputes, and ongoing education and training to identify potential issues early,” says Chuck Baldwin, managing director at Ogletree Deakins. “The idea is to bring worker issues to the company’s attention sooner so disagreements don’t become lawsuits.”

And Hhgregg was ready for a new approach.

“I was here 5½ years,” explains Charles Young, the company’s chief human resources officer. “We had been with the same [law] firm for 30 years, so we thought it was important to look at our cost drivers and other service options.”

The corporation put out a request for proposals and selected Ogletree Deakins. “They are helping us to reduce litigation. That’s why they got the business, and they’ve done a stellar job,” Young says.

The company has had no individual litigation case in nearly two years, Baldwin says. It also instituted a mandatory arbitration clause for new employees. Baldwin says existing employees were given the right to opt out of the arbitration process and remain employees.

Other firms honored for their work with outside counsel were Philadelphia-based Axalta Coating Systems with Hunton & Williams of Richmond, Virginia, and Greenwood Village, Colorado-based Red Robin with Bryan Cave, which has its headquarters in St. Louis.

This article originally appeared in the September 2016 issue of the ABA Journal with this headline: “Champion Collaborations: The ACC honors company and law firm efforts to increase value.”

Previous:
Does learning to code make you a better lawyer?

Next:
How much money can you make in different practice areas?