“As any parent knows,” children are different. So said U.S. Supreme Court Justice Anthony M. Kennedy more than four years ago in Roper v. Simmons. There, a deeply divided court ruled 5-4 that executing those who committed murder as ju­veniles vio­lated the Eighth Amendment’s proscription against cruel and unusual punishment. Part of the reason, the court said, was that juveniles were less cul­pable, less mature and less responsible than adults.

“The reality that juveniles still struggle to define their identity means it is less supportable to conclude that even a heinous crime committed by a juvenile is evidence of irretrievably depraved character,” Kennedy wrote for the majority.

“From a moral standpoint,” he added, “it would be misguided to equate the failings of a minor with those of an adult, for a greater possibility exists that a minor’s character deficiencies will be reformed.”

This month the court returns to the subject of juvenile justice by examining what has been termed the penultimate punishment for juveniles, life without parole.

In a pair of cases from Florida, Graham v. Florida and Sullivan v. Florida, the court must determine whether Roper’s reasoning—that juvenile defendants are fundamentally different from adult defendants—extends from the death penalty to life without parole. Arguments are scheduled for Nov. 9.

“Life without parole can be considered as death in prison and the penultimate sanction,” says Florida State University law professor Wayne A. Logan, who has written on juvenile life without parole. “The court granting cert in two cases signals its concern about ju­venile justice, which is a welcome development. Life without parole has become a live issue in the wake of the Roper case.”

Invalidating life sentences for juveniles would be “one more step in the direction of making a clear delineation between children and adults when it comes to criminal justice,” says Ashley Nellis, research analyst for the Sentencing Project, a Washington, D.C.-based group that has filed an amicus brief in support of the juvenile defendants.

“Striking down juvenile LWOP sentences is a natu­ral evolution from the Roper decision,” Nellis says. “It hopefully would reverse some of the policies over the last few decades that were overly punitive with respect to juvenile defendants.” 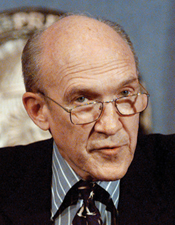 On the heels of fear about rising juvenile crime and reports of juvenile “super predators,” legislatures across the country enacted “adult crime, adult time” statutes, including automatic waiver laws that provide for the transfer of more youths from juvenile court into adult criminal court. The statutes also meant increased time and even life without parole for juvenile defendants who commit violent felonies.

In two separate cases, defendants Joe Harris Sullivan and Terrance Jamar Graham were sentenced to LWOP for nonhomicide crimes at ages 13 and 17, respectively. Sullivan was arrested in 1989 for allegedly committing sexual battery on an elderly victim whom he and two older co-defendants had burglarized. An older co-defendant fingered Sullivan for the crime. Years later, Sullivan filed a motion for post-conviction relief, arguing that Roper made his life sentence without parole unconstitutional. The reviewing Florida court rejected that argument, reasoning that previous cases in the state had rejected the application of Roper to non-death-penalty defendants.

Graham pleaded guilty to burglary and armed robbery charges in 2003 at age 16. He received three years’ probation with one year in a county jail. However, the next year Graham was arrested for a home invasion robbery and the state charged him with probation violations. A judge sentenced him to life in prison, telling Graham: “Given your escalating pattern of criminal conduct, it is apparent to the court that you have decided that this is the way you are going to live your life and that the only thing I can do now is to try to protect the community from your actions.”

Both cases represent attractive vehicles to challenge the constitutionality of life without parole because neither defendant committed a homicide. A key aspect of the court’s Eighth Amendment jurisprudence is the disproportionality principle, that a sentence should not be grossly disproportionate to the underlying criminal offenses.

But some experts wonder why the Supreme Court decided to take two cases instead of one. Some say the justices could create a dividing line between younger and older juveniles. “They could reach different results [in the two cases],” says Nellis. “They could separate it by age.”

The Equal Justice Initiative—a nonprofit law orga­nization in Montgomery, Ala., whose director, Bryan A. Stevenson, will argue for Sullivan before the Supreme Court—says Sullivan is one of only two people nationwide to have been sentenced to life without parole for a nonhomicide defense at age 13.

In his brief for Sullivan, Stevenson stresses the rarity of life-without-parole sentences for juveniles younger than 14, writing that there is “a nationwide total of only 73 such sentences having been imposed in a quarter of a million cases where they could have been.” He notes that “13- and 14-year-olds as a class are much less mature than 17-year-olds.”

Sullivan, now 33 years old and confined to a wheelchair, has maintained that an older co-defendant actually committed the sexual battery on the elderly woman they robbed. 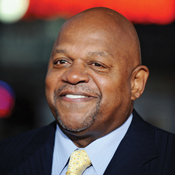 Numerous amicus briefs have been filed on behalf of Sullivan and Graham seeking to persuade the court to extinguish LWOP sentences for juveniles. One of the more compelling comes from a group of former juvenile offenders who later achieved success, including actor Charles S. Dutton and former U.S. Sen. Alan K. Simpson. Dutton stabbed a person to death in a street fight at age 17, while Simpson committed arson on federal property, punched a cop and—in his own words—“was a monster.”

“We tried to present the views of several individuals who had been involved in criminal offenses when they were juveniles—some of whom may have been eligible for LWOP under particular state laws—and to explain what that kind of severe sentence would have meant for them,” says Washington, D.C.-based attorney David W. DeBruin, who filed the brief. “The individuals described in our brief had hope because they had the prospect of release. Knowing that they had a chance, they used the time in prison to resolve to do things differently and to obtain skills—and eventually they made outstanding contributions to society.”

In 1991, the Supreme Court rejected an Eighth Amendment challenge to an LWOP sentence imposed on an adult defendant charged with possessing large amounts of cocaine in Harmelin v. Michigan. “In its Eighth Amend­ment analysis, the court looks at the nature of the crime and the nature of the offender,” says Logan. “In these cases [Sullivan and Graham], the victims didn’t die but they were personal crimes unlike in Harmelin. A key question is whether the court will be amenable to imposing another categorical limitation with respect to punishments as it has done in the death penalty context with Roper and a handful of other cases.”

The court has emphasized that sentencing for criminal offenses is a legislative function entitled to great deference. Jus­tice Kennedy stressed this point in his concurring opinion in Harmelin.

“Roper was wrongly decided, but it is manageable if contained on the death penalty side of the firebreak,” says Kent S. Scheidegger, legal director of the Criminal Justice Legal Foundation, the Sacramento, Calif., group that supports crime victims.

But, he adds, Roper “should not be extended at all. These are sentencing policy decisions to be made by the people of the several states through the democratic process. Whether one agrees or disagrees with the decision, it is the people’s to make. Nothing in the Consti­tution assigns that decision to the federal judiciary.”

But experts agree on the importance of the cases. “There is a tremendous amount at stake in these cases when you consider that life imprisonment without the possibility of parole is almost equivalent to a death sentence and gives the offender no chance of relief or release or hope,” DeBruin says.

“Death is different,” Nellis says, “but the larger message is that children are different.”