After nearly a decade in the MMA industry, this general counsel now keeps NASCAR on track 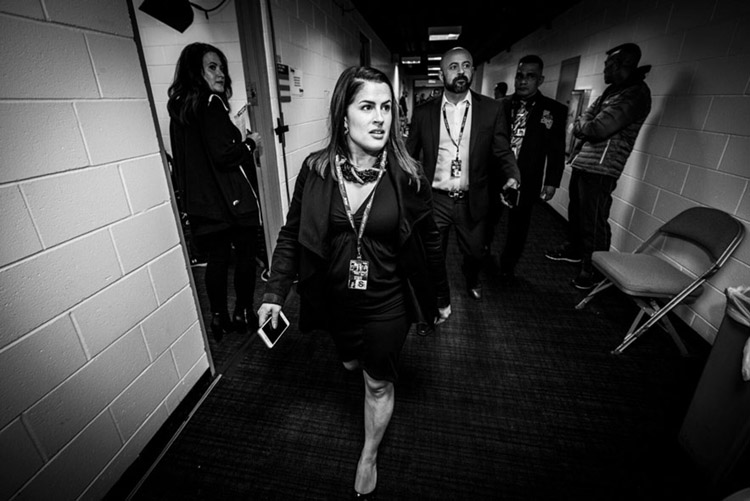 Not many lawyers can say they’ve worked with the late U.S. Rep. Elijah Cummings, with cage fighters nicknamed The American Psycho, Cyborg and Rampage, and with the first family of stock car racing. But not many lawyers have a career like Tracey Lesetar-Smith’s.

Last fall, Lesetar-Smith became the general counsel and senior vice president of the National Association for Stock Car Auto Racing, a Florida-based privately owned company more commonly known as NASCAR. She oversees the legal department and the government and community affairs department, dealing with myriad issues from facilities to sponsorships.

In addition, she brought what she’d learned while studying at the London School of Economics, and she brought experience she’d earned from almost a decade as general counsel of Bellator, an international MMA promoter owned by Viacom.

When Lesetar-Smith joined Bellator, she became the first woman to lead a legal department in the MMA industry. While her hiring may have seemed novel at the time, it actually made perfect sense. Lesetar-Smith was already an MMA insider: She had created a combat sports practice niche at Orrick while she was an employment and labor law litigation associate in the firm’s Sacramento, California, office.

She also has a black belt in taekwondo and a blue belt in Brazilian jiujitsu. 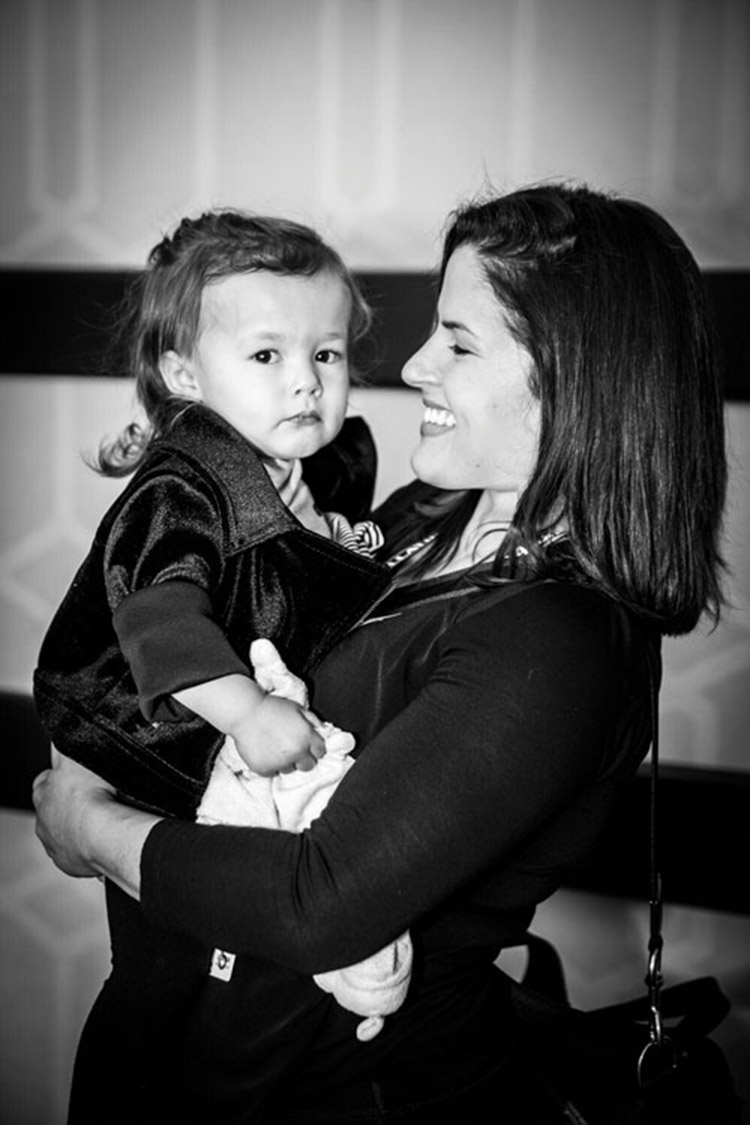 Q. How did you get interested in martial arts?

A. I had been a dancer all my life, but I had always wanted to do martial arts. I had watched Karate Kid—everyone wanted to be Daniel, and I did, too. But my parents didn’t really see it—I showed great interest and talent in dance, so that was where resources ultimately went. When I was living in London, I went to a small theater and saw Crouching Tiger, Hidden Dragon. The movie has incredibly iconic female fight scenes. It was the first time I had ever seen two women move like that. I walked out of the theater floored. I made a promise to myself, once I was out on my own, that I would find a way to get into martial arts. When I was working on Capitol Hill and living in northern Virginia, there was a snowstorm one Presidents Day weekend. Nothing was open but the mall, so I went to the mall. Most businesses were closed there, too, except for this taekwondo studio. It was open and holding classes. I signed up and never looked back.

Q. How did you get from practicing taekwondo as a pastime to establishing a combat sports practice niche at a global law firm?

A. When I joined Orrick, MMA was still on the rise. I was casually following MMA, and a close colleague of mine at the firm was also a casual follower. We trained at the same gym, a very famous MMA gym in Sacramento that was open to the public. We noticed there were these litigations going on in MMA, but no one was writing about them in a meaningful way. So it was a place we could provide value. We started moonlighting for an MMA news site, writing MMA legal issue articles for pennies on the dollar, and gradually we started bringing in MMA clients to Orrick. I had a mentoring partner at the firm who really believed in me and this idea to seek business from a fast-growing niche, so he empowered me to bring in business, pitch clients, work with them and develop this industry practice.

Q. How has MMA changed since you started working in the sport?

A. When I came to MMA, it was still the Wild West, there’s no question about it. The sport has become much more sophisticated through the years. Now it’s expanded globally, and you’re seeing brands like Bellator go outside the U.S. and build markets for the sport.

Q. What was the most challenging and rewarding thing you accomplished at Bellator?

A. The most challenging and rewarding thing that Bellator did that I played a key role in was the creation of a legitimate free-agent market for MMA athletes. For a long time, there weren’t a lot of free agents—there was one league, UFC, where most people ended up. But we really changed that. We created a market where people wanted to come to Bellator. It was a function of how we negotiated, what we gave the athletes that was different, how we made it a more comfortable environment for them. 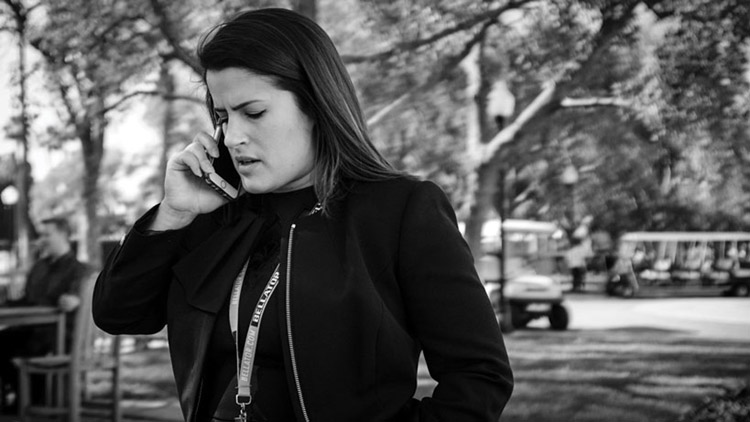 Q. You’re well into your first year at NASCAR. Let’s start with the pandemic. How did it change your job duties?

A. From the legal side, there was a lot of business as usual that was suspended, but there were now new, urgent issues to proactively contemplate. The government and community affairs department also had to pivot into crisis management mode and start covering all the bases in terms of what was going on in all the places we had been planning to race. Starting in March, different state governments across the nation started shutting down, and that happened in very quick succession. There were a host of challenges we had to deal with on a rolling basis to be able to return to racing successfully and safely, which we did.

Q. Do you think NASCAR had an advantage compared to other sports when it came to starting back up? Because it’s outside and there’s no human contact between competitors?

A. It’s tough in this environment to say anything is an advantage, but in terms of returning to the field of play, yes, there were some things that allowed us to put into place a really smart system of protocols.

Q. What has it been like for you personally to be inside a sports organization that’s attempting to face down racism and stand up for its drivers and fans?

A. I think that we are a nation in a state of reflection about who we are. Our fans are absolutely amazing, and one of the things that I am really humbled by is that I am privileged to sit at the table with conscientious leadership and an extraordinary family of owners who are committed to making decisions that will make this sport welcoming to everyone—existing fans and new fans. There are so many people in motorsports who know what is right, and they act on it. They are committed to moving this sport forward.

Q. Before you came to work here, were you a fan of the sport? Did you grow up in a NASCAR-following family?

A. I would call myself a casual fan, but if you were to ask my father what sport he would watch if he could only watch one for the rest of his life, he would say motorsports. He was born and raised in Budapest—he escaped when he was 23—and he was always fascinated by motorsports. He really loves stock car racing, and he has always followed Formula One. We have had a lot of great bonding conversations over my new position!

Q. You’ve spent much of your career in male-dominated industries. Do you feel a responsibility to advocate for women, to help other women lawyers rise in the industry?

A. Absolutely. I believe the most important thing that we can do to ensure gender parity in the legal industry is to mentor women lawyers and to elevate them. At NASCAR, I walked into a team that has great gender parity already on it. In the fight industry, it was a little more of a difficult situation because it’s so radically male-dominated. But by the time my tenure ended at Bellator, we had come a lot closer to gender parity, I’ll tell you that. As long as you have people of goodwill who understand the nature of talent—that it comes from all backgrounds, all genders—it can progress. If there is an iron will to progress, you can advance the ball. But there’s still a lot of work to do.

Q. You have two young children and actually started interviewing at NASCAR when your youngest was an infant. Do you have any thoughts on that mythical “work-life balance” to share with other lawyers who also shoulder caregiving responsibilities or are thinking of starting a family?

A. I think the most important thing is: Don’t parent in secret. I was raised by a working mom, so I have an incredible appreciation for how difficult it is. Sometimes it feels impossible to do everything to your satisfaction. When I was in this office interviewing for the position, the people that I met were so understanding and appreciative of the time of life that I am in, they really celebrated it. Is it challenging? Yes. Do I feel like I have a lot of support from the top here at NASCAR? Absolutely.

This story was originally published in the October-November 2020 issue of the ABA Journal under the headline: “Going for the Win: After nearly a decade in the MMA industry, this general counsel now keeps NASCAR on track”