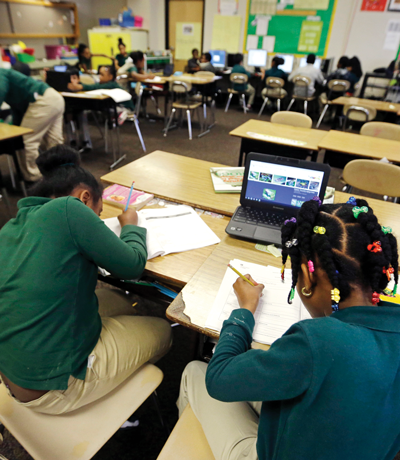 There was much to celebrate last fall with the 25th anniversary of the Truancy Intervention Project, in which pro bono lawyers in the Atlanta area represent youngsters who miss too much school, helping keep them in the classroom and out of the courtroom.

Yet there could and should have been so much more to applaud that October. Not that TIP isn’t a resounding success. But like so many other endeavors for social needs, the organization took a hard hit with the severe economic downturn of 2008. The 215 or so volunteers—165 of them lawyers—work for free, but money for training, administration and other overhead necessities doesn’t grow on peach trees.

At its height, TIP had increased its reach with 22 affiliated programs around Georgia through the help of various donors, particularly grants from the Georgia Bar Foundation. Now there are just four in other locations. And TIP, with four full-time employees and two part-time slots, now handles two school districts in Fulton County and its county seat, Atlanta.

Since the crash, extremely low interest rates have reduced IOLTA (interest on lawyers trust accounts) funds to small fractions of what they used to be, leaving the Georgia Bar Foundation with little grant money to hand out. Most of TIP’s funding is from private sources, although Fulton County provides a small grant and a substantial in-kind gift of office space.

TIP takes assignments pro bono in all truancy cases that reach juvenile court and also operates an early intervention program in 20 elementary schools to keep kids out of the court system.

The pro bono work has saved the courts $5.3 million. That’s not an exaggerated estimate: It’s based on the amount courts otherwise would have paid appointed counsel. Representation is mandatory when truants are brought into the juvenile justice system.

TIP was launched in 1991 through efforts by the Atlanta Bar Association, whose president at the time, Atlanta litigator Terry Walsh, came up with the idea and developed it with then-Fulton County Juvenile Court Judge Glenda Hatchett.

“We got a perfect storm: more kids in need just as public and private funding declined,” says Walsh, now retired from Atlanta’s Alston & Bird, which gave TIP a $200,000 grant at the outset and has continued to help with funding. “Almost all of their caregivers were dropouts themselves, so helping one child has an impact on a generation or more. These are the poorest of the poor. These are all Title I schools” with high percentages of low-income families.

TIP has now helped more than 10,000 students. The statistics are impressive, such as the average number of school days missed now being just 13½ a year, compared to 40 in 1999, when the ABA Journal last looked at the program. The success rate for ending recidivism—meaning truants returning to court—has gone from 70 percent in 1999 to 76 percent now. The early intervention efforts in elementary schools, which began in TIP’s second decade in 2001, are keeping 99 percent of the children who had been missing too much school from entering the juvenile justice system at all.

The lawyers and others, such as law firm staff, handle those matters within the school system.

“The monetary costs to society—and the social harm—are much less when we can reach kids before a serious crisis point,” says Hedy Nai-Lin Chang, executive director of Attendance Works, a national organization that promotes policies to stem truancy, such as tracking absences for each student from kindergarten, then offering personalized approaches to problems. “We’re better off investing in prevention and early intervention—with a systemic approach.”

TIP has a system, but its funding is more ad hoc.

“There is a philosophical divide that includes the argument that: ‘Oh, the churches will do it,’” says Jessica Pennington, TIP’s executive director. But “it” is just too big.

There is, though, a lot more to TIP than handling court cases and dealing with school administrators for early intervention. Its volunteer lawyers typically mentor clients and more.

As often as possible, TIP board member Adwoa Awotwi meets socially with her clients on weekends, taking them to lunch, a movie or to get their nails done.

“I’m hoping they get the message that if they work hard in school, they will be able to get a job and do these sorts of things on their own,” says Awotwi, who began handling TIP cases in 2003 at the suggestion of a partner in the law firm where she was a newly minted lawyer. She’s general counsel for the website LocumTenens.com, which provides physicians, nurses and others for short-term staffing assignments at medical facilities.

With parents’ permission, Awotwi has her female clients spend a weekend at her home, experiencing the normalcy of a safe neighborhood and another perspective on possibilities in life.

TIP has morphed in two significant ways since its inception. First was the launch of the early intervention program in 2001; then in 2013, Georgia completely rewrote its juvenile code with the Child Protection and Public Safety Act. The statute decriminalized truancy, removing it from the list of status offenses and calling for nonjudicial handling of “children in need of services.”

“So we’re now getting only the kids who are really, really having trouble,” says Pennington, who became TIP’s executive director in 1995. Approximately 40 percent of truants entering the court system now have significant behavioral problems such as depression, bipolar disorder and other mental health concerns, she says. TIP is building a behavioral component and trying to get funding for treatment.

TIP also has a “holiday adoption” program in which the organization gathers wish lists from the children it helps and provides them and others in their families with gifts. Typically, four or five big law firms get involved.

“We got them bikes this year,” says Pennington. “A lot of volunteers want to get their kid something nice.”

It would be even nicer if TIP’s stocking was filled with funding.

This article originally appeared in the June 2017 issue of the ABA Journal with the headline "Absent Funds: Anti-truancy program’s success stunted by a lack of cash."