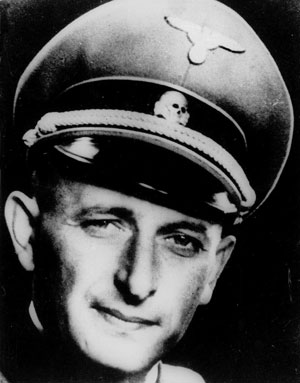 In May 1960, a team of Israeli Mossad agents deployed to Argentina approached a man known as Ricardo Klement near his home on Garibaldi Street in a suburb of Buenos Aires. Having admitted to the agents that he was Adolf Eichmann, he was whisked to Israel to stand trial under the Nazis and Nazi Collaborators (Punishment) Law 5710-1950, passed in the early years of the newly formed Jewish state.

The kidnapping of Eichmann was both sensational and controversial, spawning protests from Argentina and Germany. But the protests were quickly muted. In Argentina, Klement's identity as Eichmann had been an open secret. And in West Germany, an anemic postwar record of war crime prosecution suggested a national ambivalence toward high-ranking Nazi officials who remained in their midst.

Once in Israel, Eichmann proved a compliant, if unreliable, defendant. In eight months of interviews following his capture, he talked openly about his involvement in the Final Solution, but insisted on his innocence of the specific crimes for which he stood accused. As a Nazi officer, Eichmann had presented himself as an expert in Jewish culture, to the point of identifying himself as a Zionist who spoke Hebrew and Yiddish. Although he held only a modest rank in the Gestapo, Eichmann had been identified during the Nuremberg trials as a top-level functionary in both the deportation of Jews from their Nazi-occupied homelands and the transportation of millions to the Nazi death camps.

Eichmann's trial was a global event, designed as such to chronicle the meticulous evil of the Holocaust and thereby justify the establishment of the Jewish state. Photos of a dark-suited Eichmann in a bulletproof glass booth, listening through headphones to a German translation of testimony, became an iconic image of Nazi culpability for a generation that held no direct memory of the death camps.

In the end, Eichmann was not, as many expected, convicted for directing the murder of millions of Jews. Rather, he was found to be a willing key conspirator in the massive Nazi industry designed around doing so. Eichmann was quoted as saying on occasions too numerous to deny: "I will jump into my grave laughing because the fact that I have the death of 5 million Jews on my conscience gives me extraordinary satisfaction."

At midnight on May 31, 1962, Eichmann was hanged 150 feet from his cell in Ramla prison. Among his final words were: "I die believing in God." 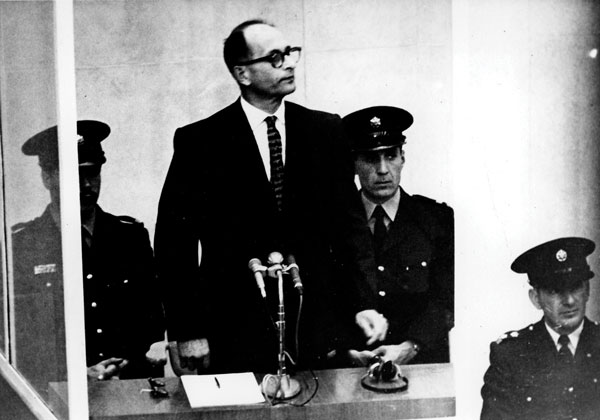